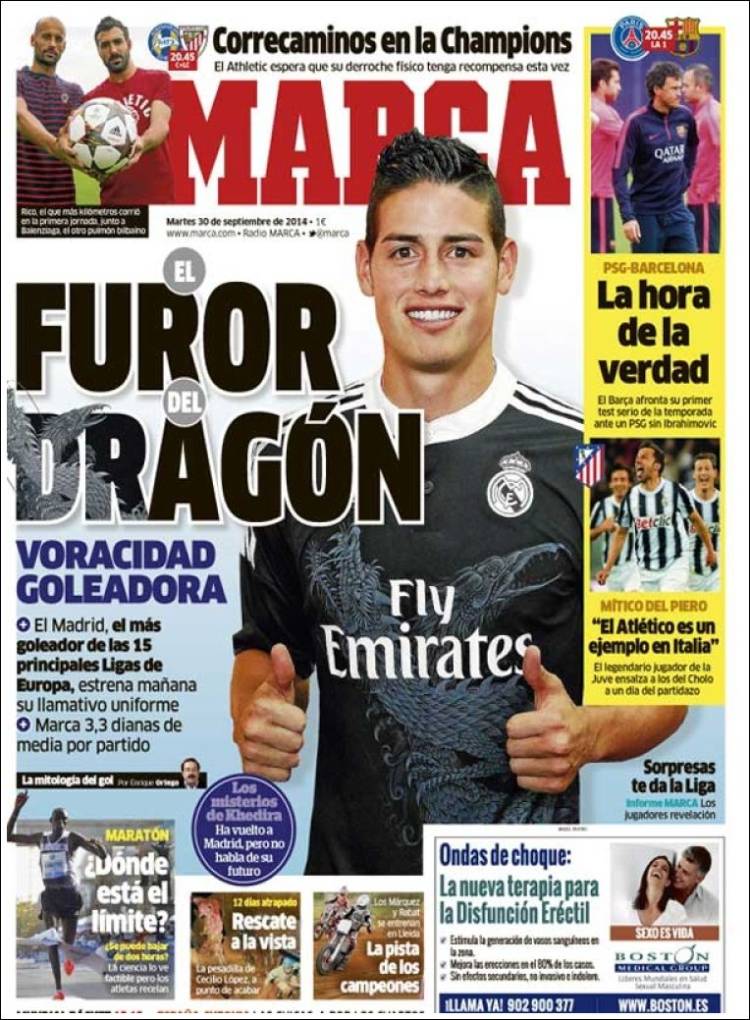 They score an average of 3.3 goals per game

The Khedira mysteries; he has returned to Madrid but is not talking about his future

Champions League roadrunners; Atletico are hoping their physical condition will get its reward this time

PSG-Barcelona; the moment of truth

The mighty Del Piero: “Atletico are an example to follow in Italy” 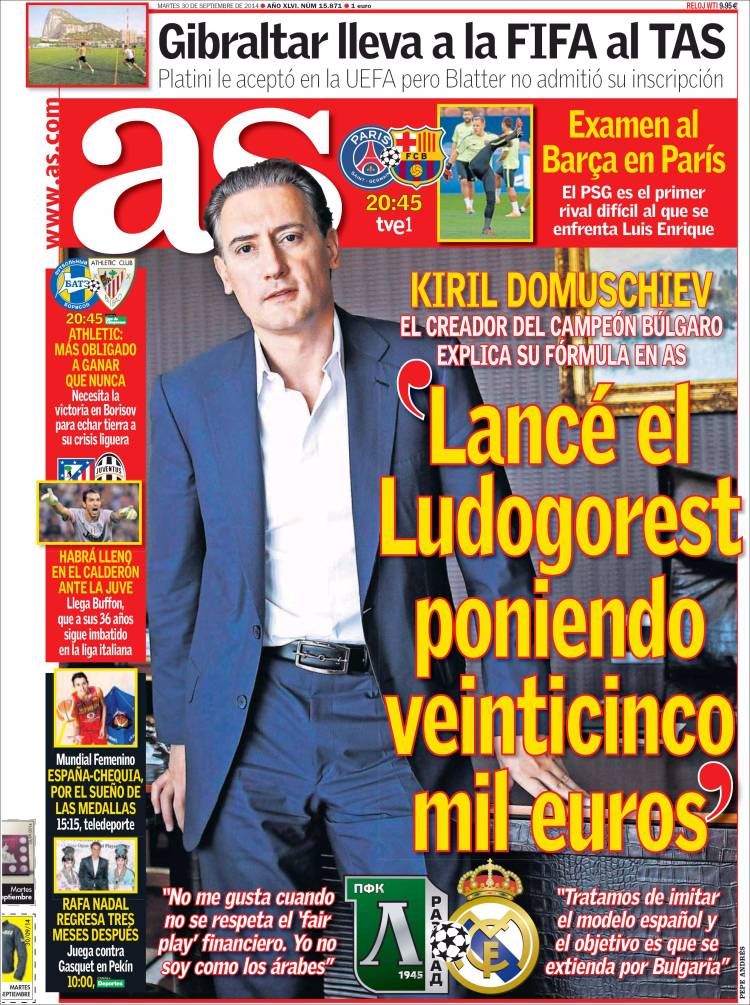 Kiril Domuschiev, the founder of the Bulgarian champions, explains his formula to AS

Examination for Barca in Paris

PSG are the first difficult opponents Luis Enrique has faced

Athletic, more obliged to win than ever; they need a victory in Borisov to hush up their League crisis

There will be a full house in the Calderon for Juve

The arrival of Buffon, who at 36 continues to be unbeaten in the Italian League 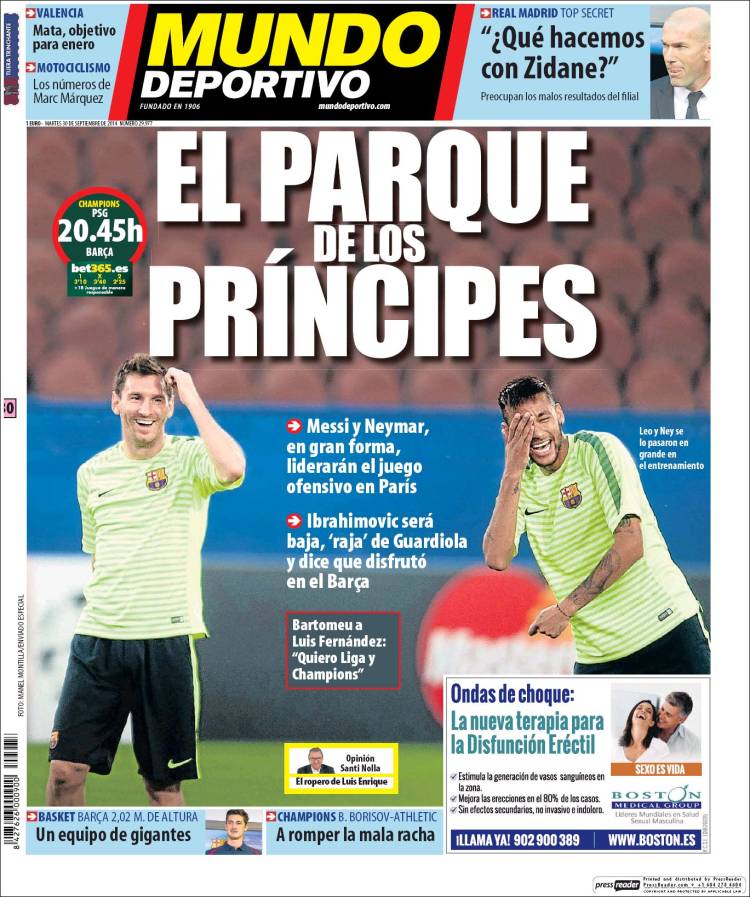 The Park of the Princes

Messi and Neymar, in great form, will lead the attack in Paris

Ibrahimovic will miss out; Guardiola’s ‘bad blood’; he says he enjoyed it at Barca

Bartomeu to Luis Fernandez: “I want La Liga and the Champions League”

Leo and Ney have a great time in training

Valencia: Mata the objective in January

Real Madrid top secret: “What are we going to do with Zidane?”

They are worried about the second team’s poor results

Borisov-Athletic; to break the bad run