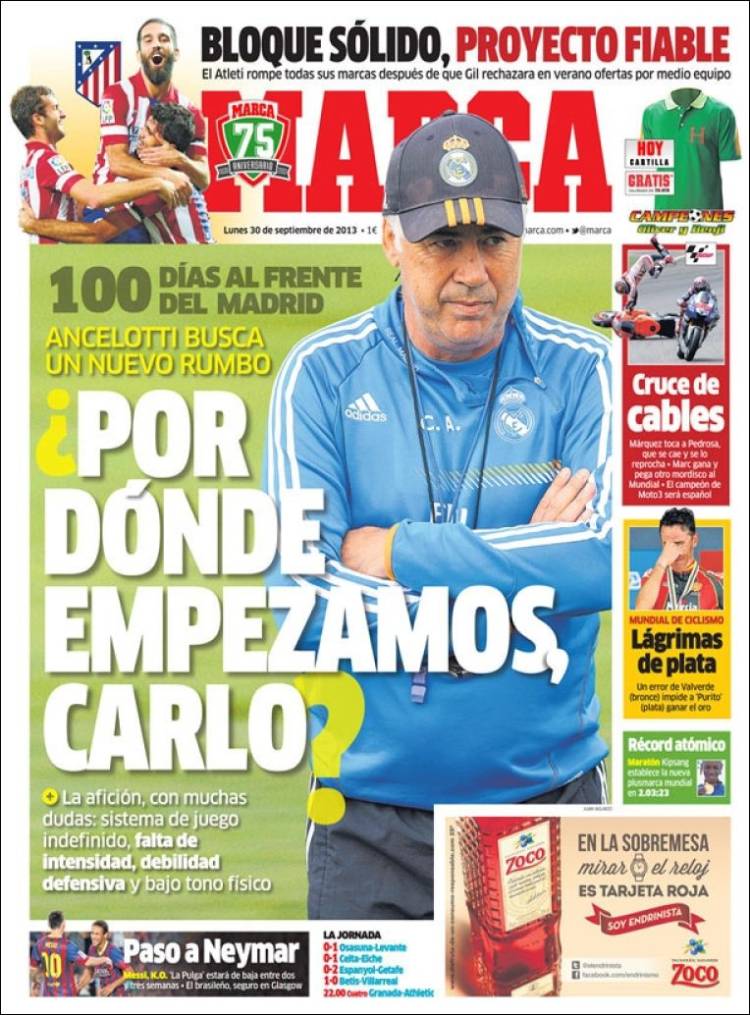 "Where do we start Carlo"

The fans have many doubts; the system of play still undefined, there is a lack of intensity and defensive weakness and physically they are not in great shape

Solid outfit and a viable project

Marc wins and takes another step to the title

Messi is out, 'La Pulga' out for between 2-3 weeks

The Brazilian now a certain starter in Glasgow

A mistake by Valverde costs him and Purito the gold 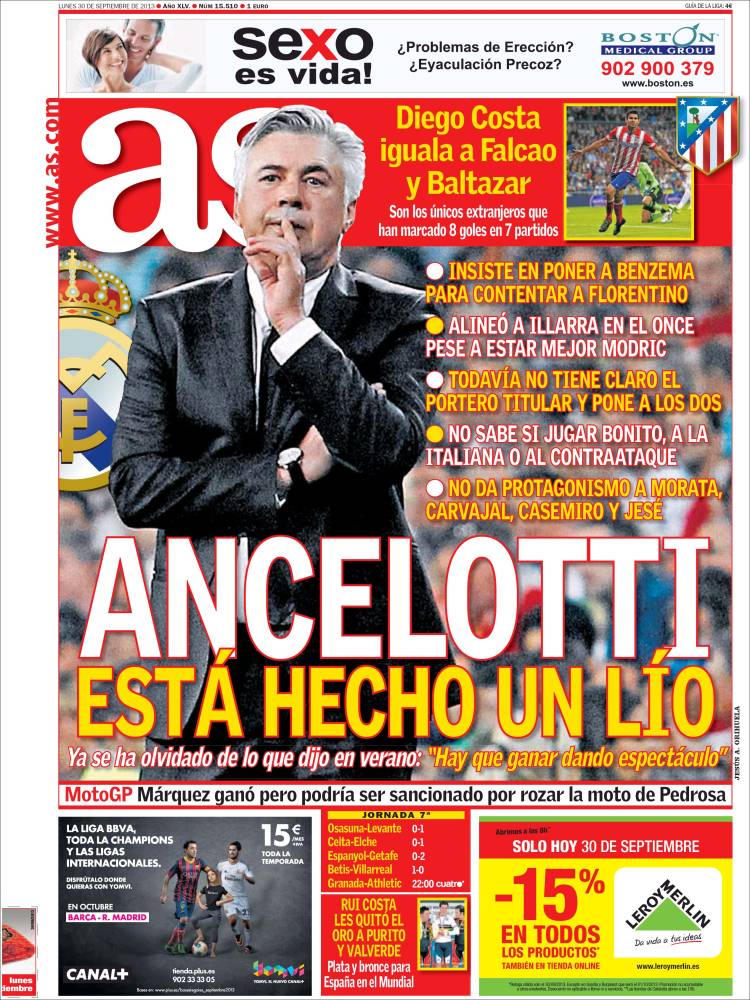 Ancelotti has made a mess

He has already forgotten what he said in summer: "We are going to play spectacular football"

He insists on playing Benzema to appease Florentino

He still does not have clear who his goalkeeper is

He does know if his team is to play 'jugo bonito, the Italian way or countrer attack

He is not giving chances to Morata, Carvajal, Casemiro and Jese

Silver and Bronze for Spain 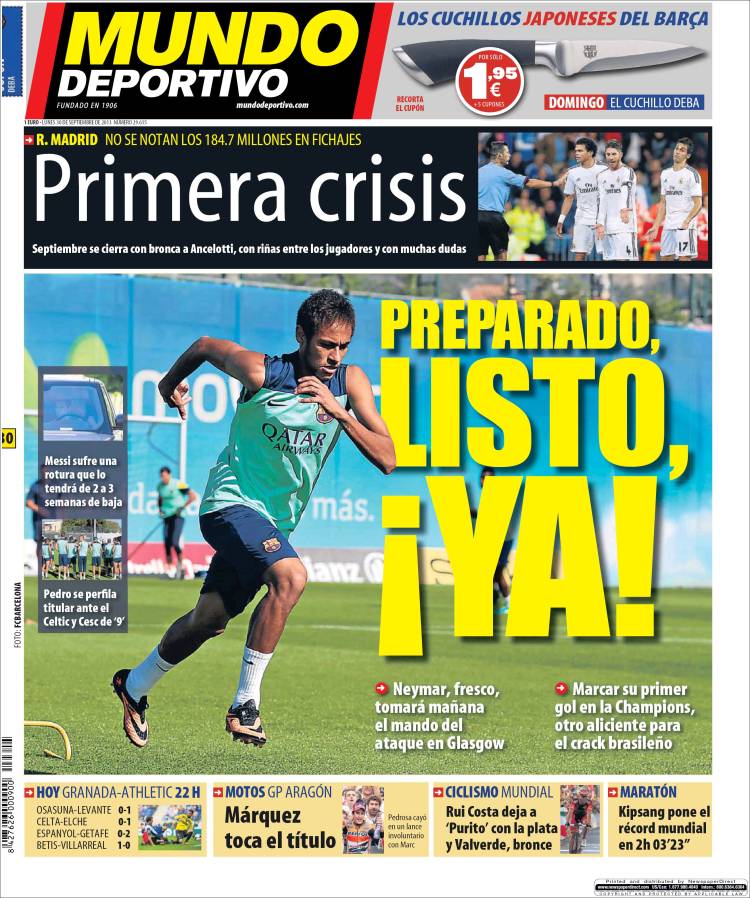 Neymar, fresh and ready, will take over from Messi in Glasgow

To score his first goal in the Champions, another incentive for the Brazilian star

Pedro to start against Celtic and Cesc the number 9

The first crisis: The €184.7 million in signings but you can hardly noticed it

September ends with Ancelotti under fire, trouble between the players and many doubts

Cycling: Rui Costa leaves Purito and Valverde in his wake