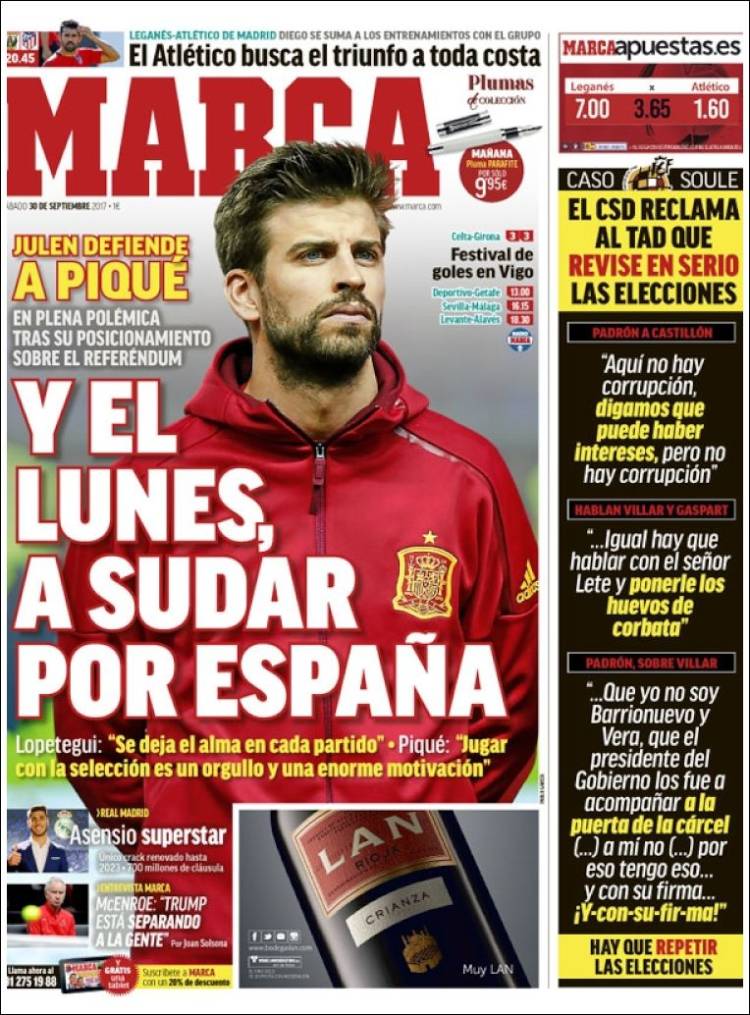 In the midst of controversy after his position on the referendum

And on Monday, sweat for Spain

Lopetegui: “He gives his soul in every game”

Pique: “Playing with the national team is a source of pride and huge motivation”

The unique crack renews until 2023

Diego joins training with the group

Atletico look to win at all costs

Festival of goals in Vigo 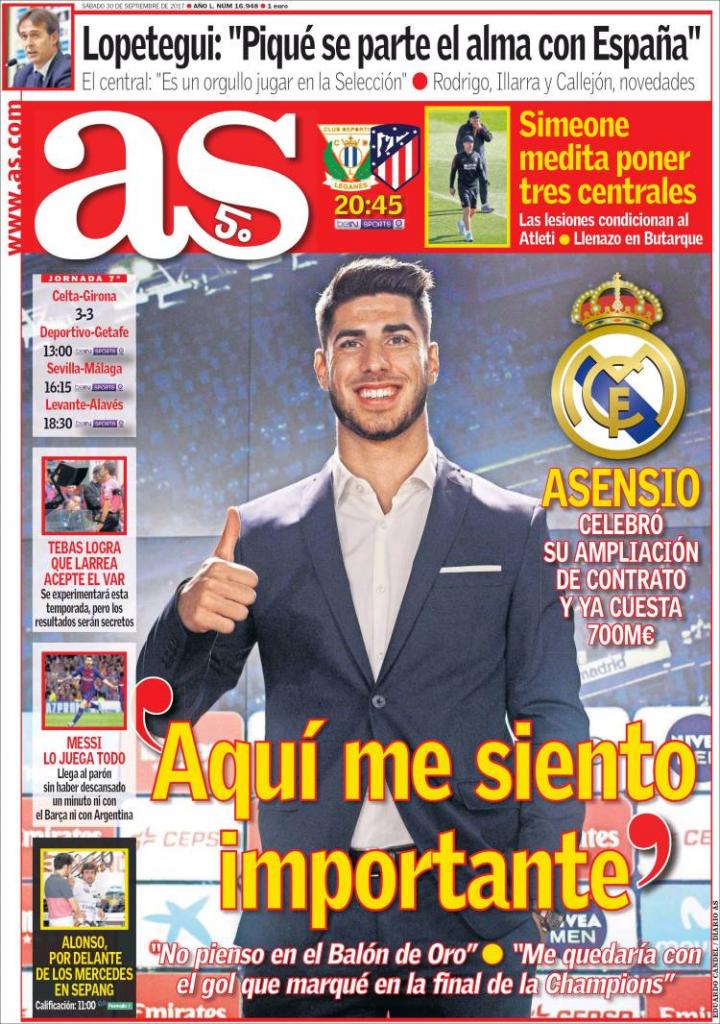 “I’m not thinking about the Ballon d’Or”

Simeone ponders playing with a back three

The centre-back: “It’s a source of pride to play for Spain”

Tebas gets Larrea to accept VAR

It will be experimented this season, but the results will be kept secret

Messi plays it all 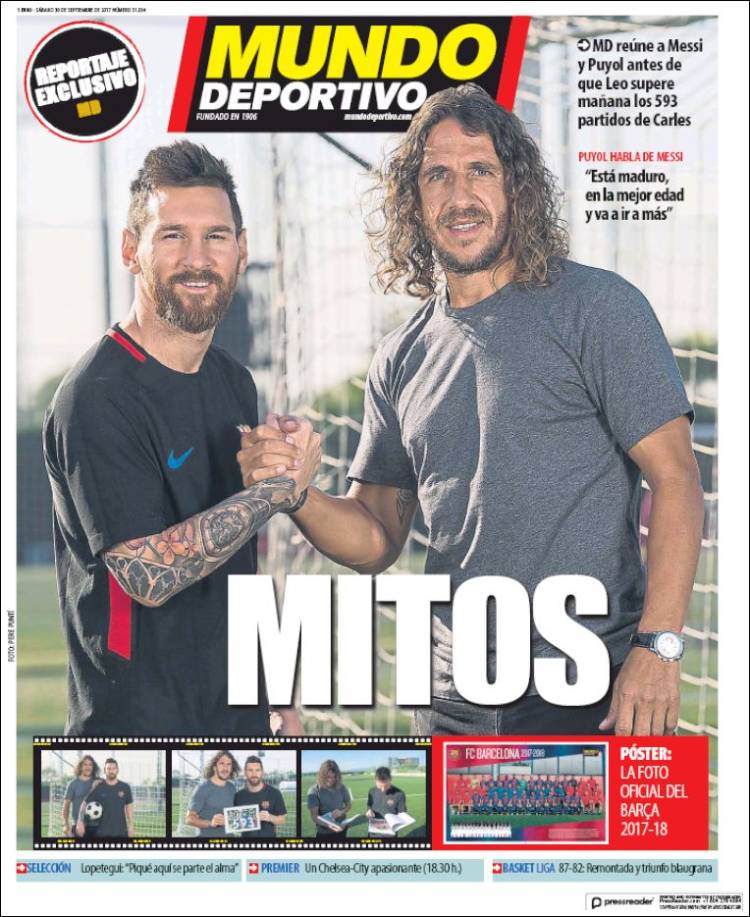 “He’s mature, at the best age and will do even more”

Lopetegui: “Pique is part of the soul here”