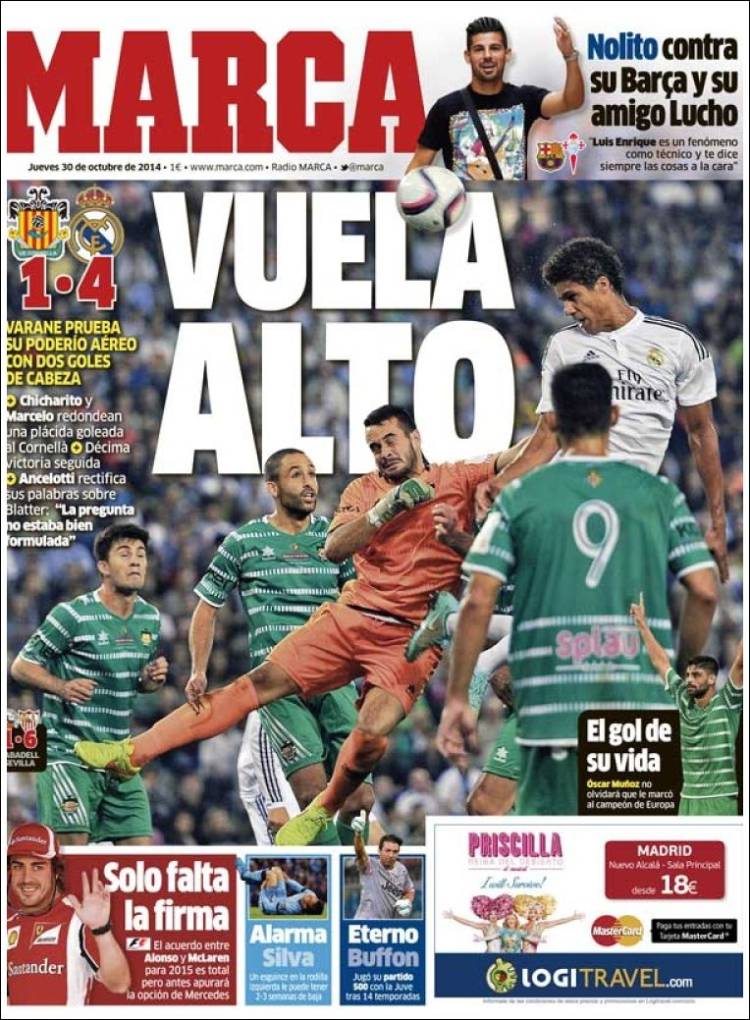 Chicharito and Marcelo round off a comfortable goal feast at Cornella

The goal of his life: Oscar Munoz will not forget he scored against the European Champions

Nolito versus Barca and his friend Lucho

Silva alarm: an injury to his left knee could keep him out two or three weeks

Eternal Buffon: he plays his 500th game with Juve after 14 seasons 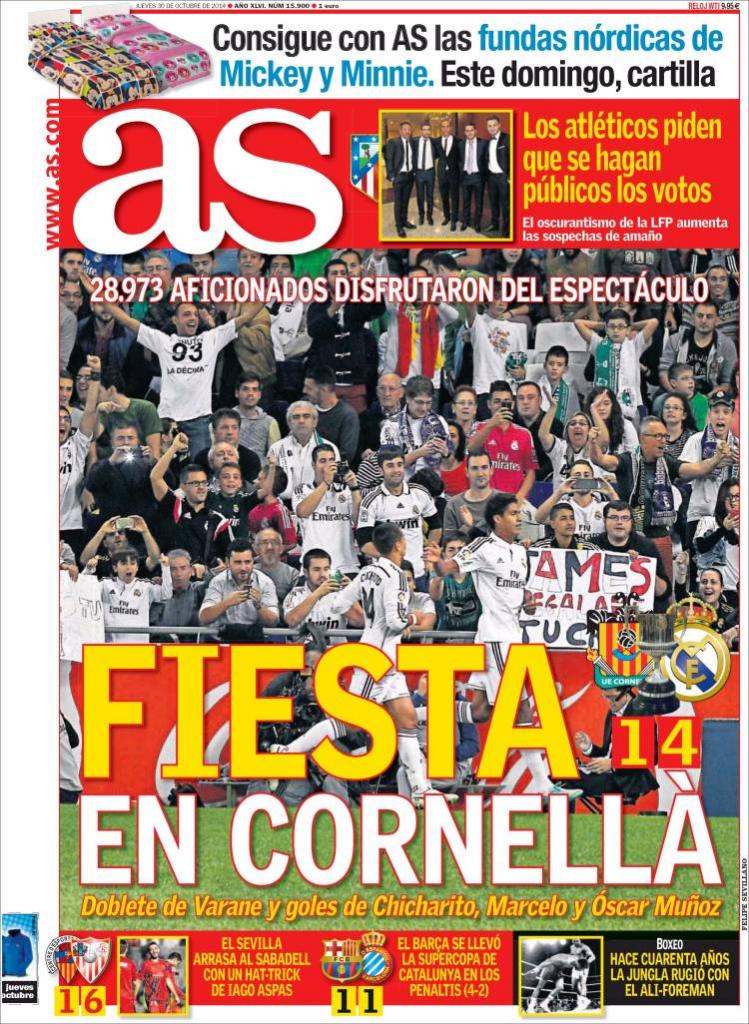 Double from Varane and goals from Chicharito, Marcelo and Oscar Munoz

The Atletico players ask that the votes are made public

Sevilla demolish Sabadell with a hat-trick from Iago Aspas 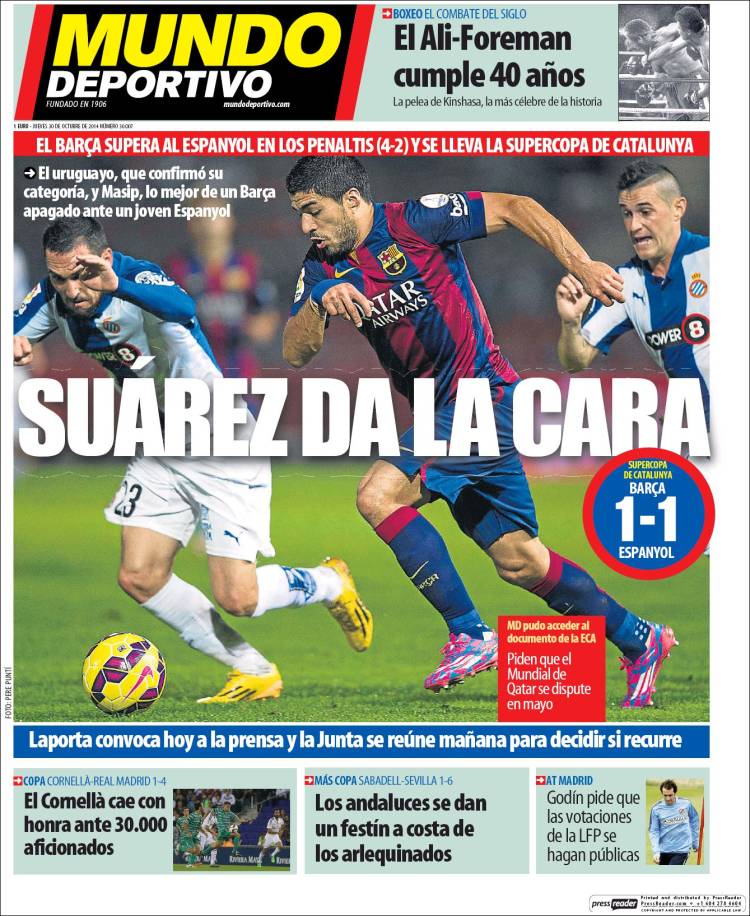 Suarez comes to the fore

The Uruguayan, who confirmed his quality, and Masip, are the best of Barca as they snuff out a young Espanyol

MD has access to the ECA document: they are asking for the Qatar World Cup to be played in May

Cornella fall with honour in front of 30,000 fans

The Andalusians have a banquet at the Harlequins’ cost

Godin asks for the LFP votes to be made public