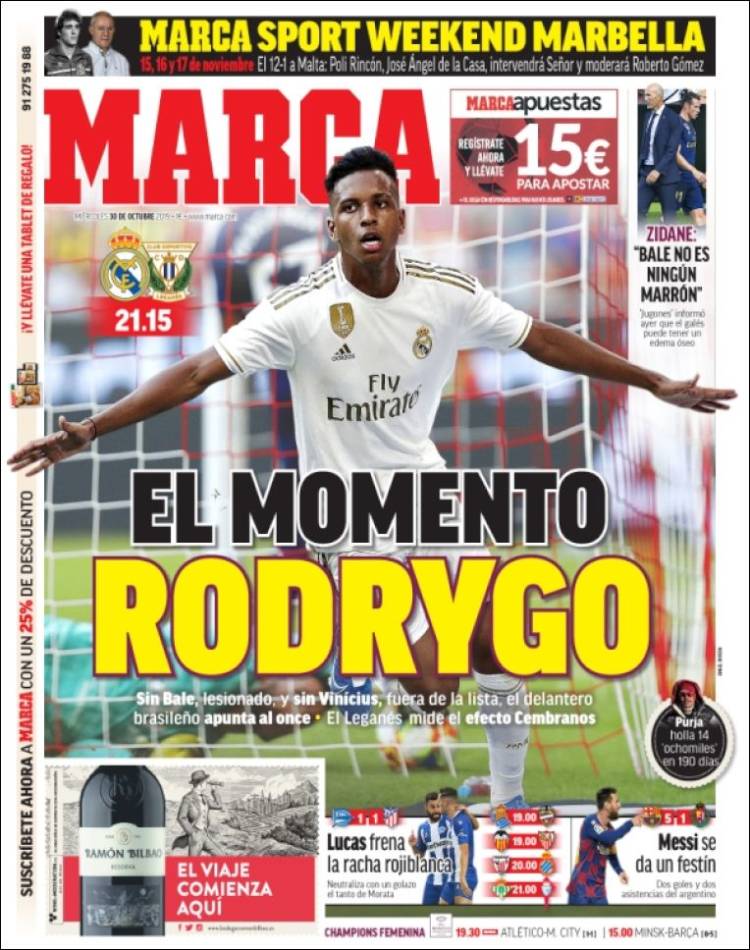 Without Bale, injured, and Vinicius, out of XI, Rodrygo set to start 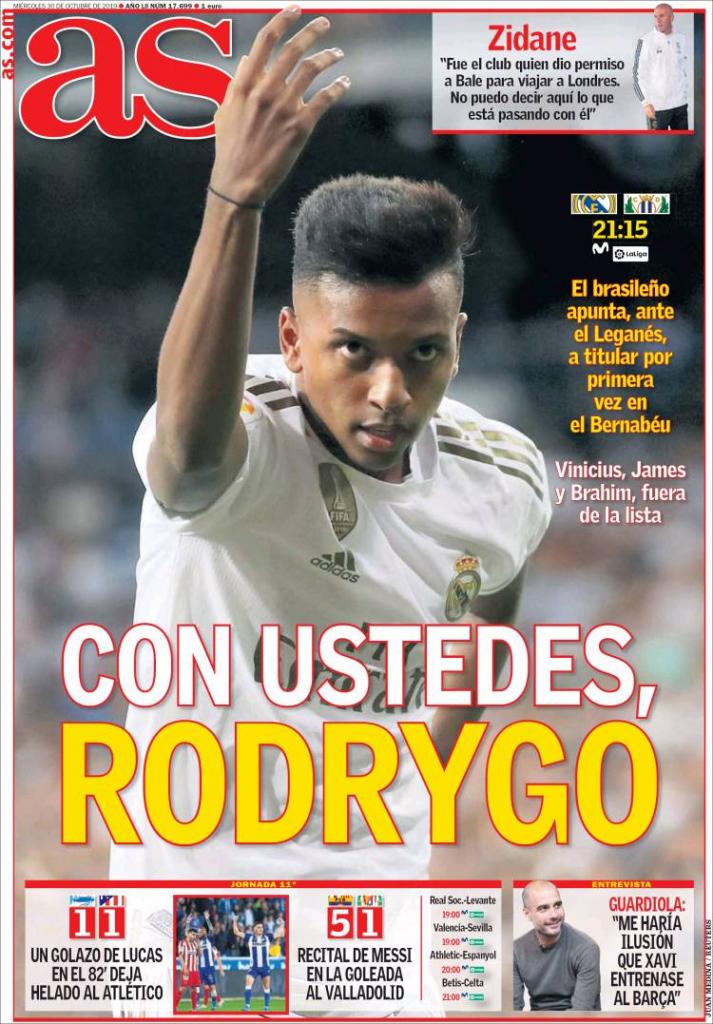 The Brazilian aims to lead the line from the start for the first time in the Bernabeu tonight, Vinicius, James and Brahim outside the squad

Zidane - the club gave Bale permission to go to London, there is no issue with us

Guardiola: I have the idea that Xavi trains Barcelona 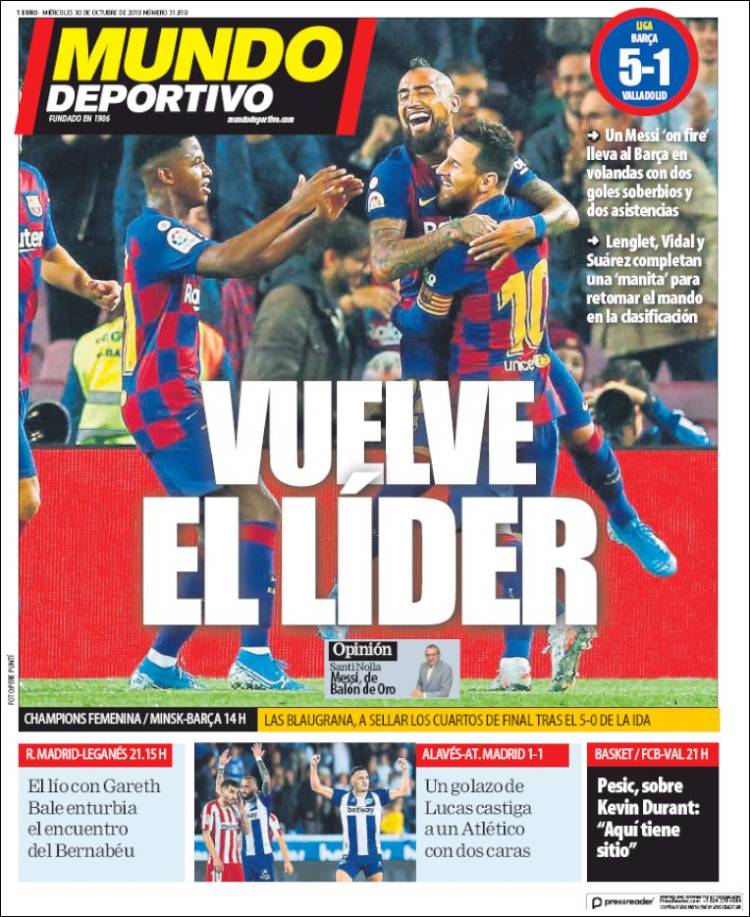 Return to the leadership

Messi on fire with two goals and two assists, Lenglet, Vidal and Suarez complete the manita

The mess of Bale muddies the Bernabeu encounter