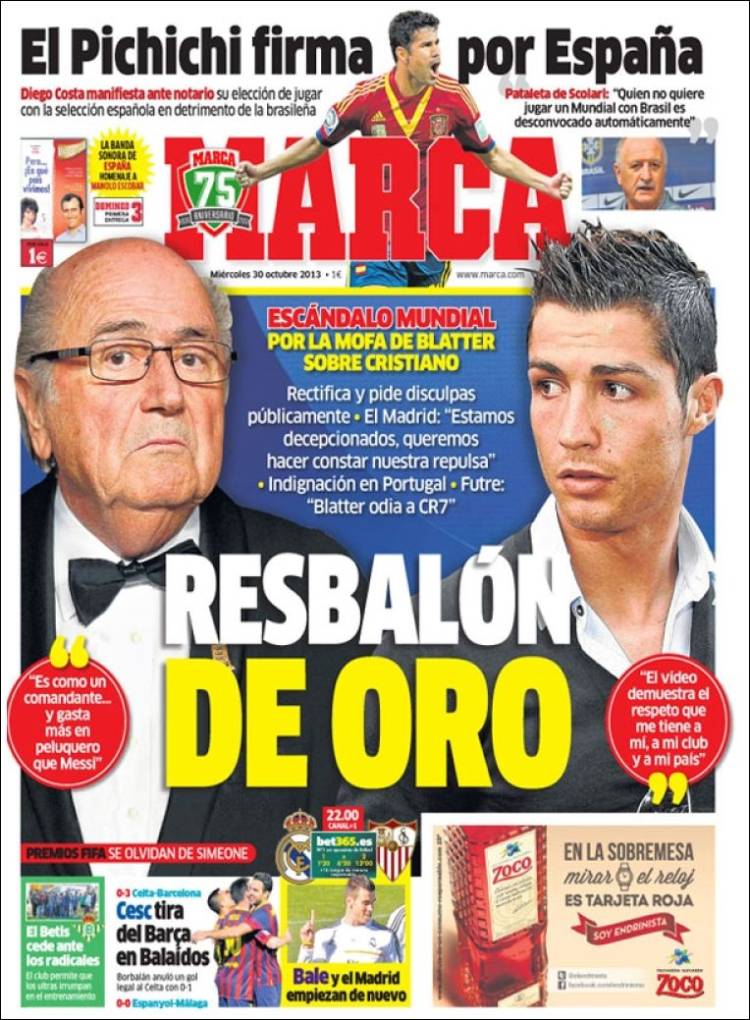 World scandal over the Blatter's ridiculing of Cristiano

A public apology is asked for

Madrid make official announcement: "We are disappointed, we want to make it clear our rejection of what he said"

There is indignation in Portugal

Blatter: "Ronaldo is like a commander on the field and he wastes much more money on his hair than Messi..."

Cristiano: "The video demonstrates the respect that he has for me, my club and my country"

Scolari has a tantrum: "Who does not want to play for Brazil at the World Cup automatically will not be called up by me"

Cesc does it for Barca at the Balaidos

Betis gives up against its radicals

The club allows its ultras to interrupt training 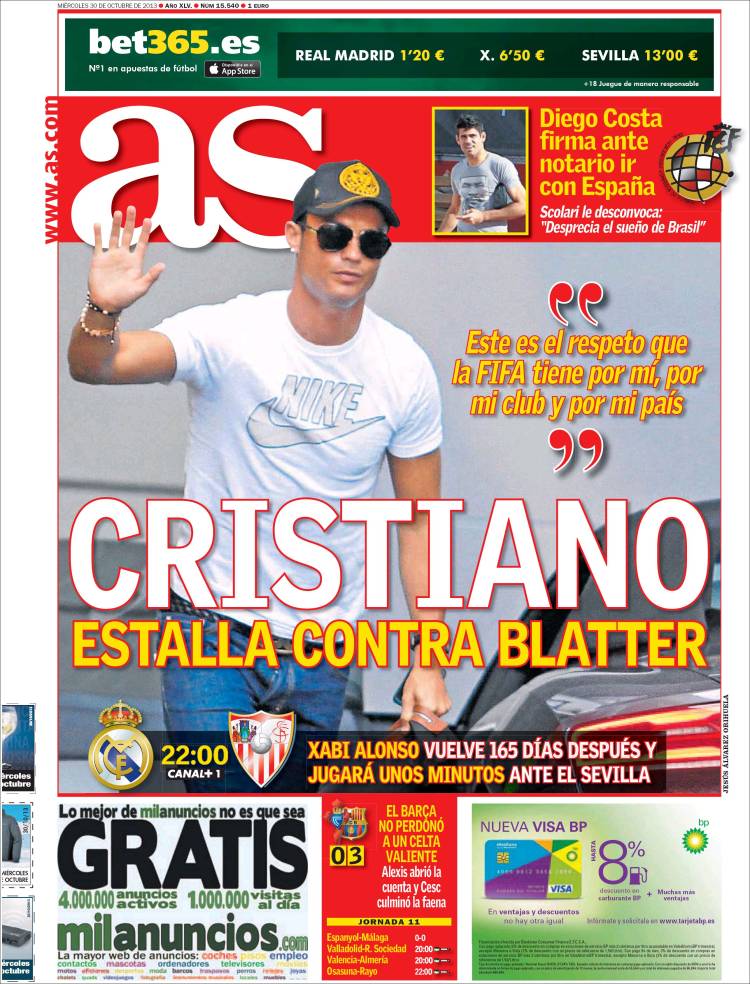 "This is the respect that FIFA has for me, my club and my country"

Xabi Alonso returns after 165 days and will play against Sevilla

Scolari cancels calling him up: "He has broken the dreams of Brazil"

Barca show no mercy to a courageous Celta

Alexis opens the scoring and Cesc finishes off the job 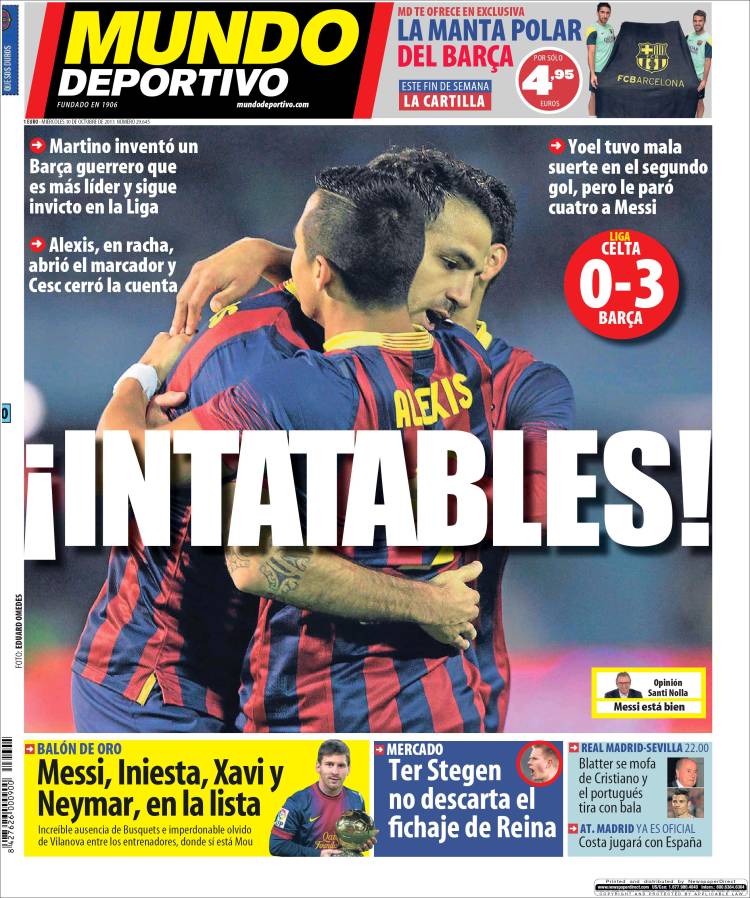 Alexis, on a hot streak, opened the scoring and Cesc settled the affair

Balon d'Or: Messi, Iniesta, Xavi and Neymar on the list

Transfer market: Ter Stegen does not rule out the club signing Reina

Real Madrid v Sevilla: Blatter takes a swipe at Cristiano and the Portuguese responds in kind