Today’s front-page headlines from Marca, AS and Mundo Deportivo. 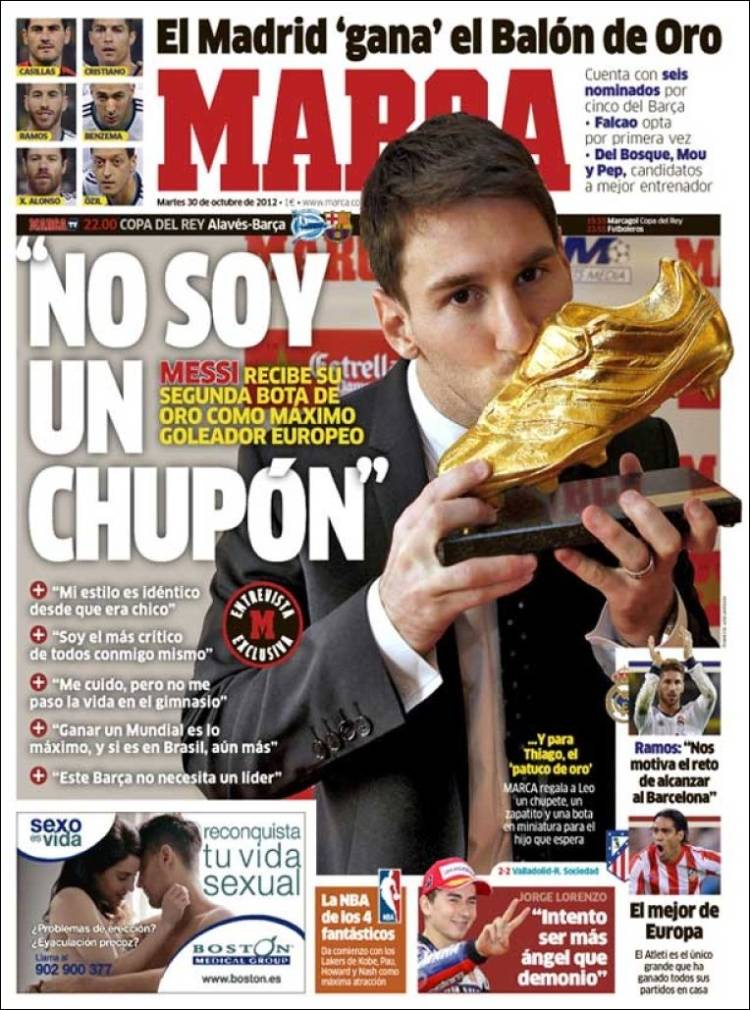 “My style is identical to when I was a child”

“I’m more critical about myself than anybody”

“This Barca doesn’t need a leader”

Falcao chosen for the first time

Ramos: “The challenge of catching Barcelona motivates us”

The best in Europe: Atleti is the only big club that has won all its home matches 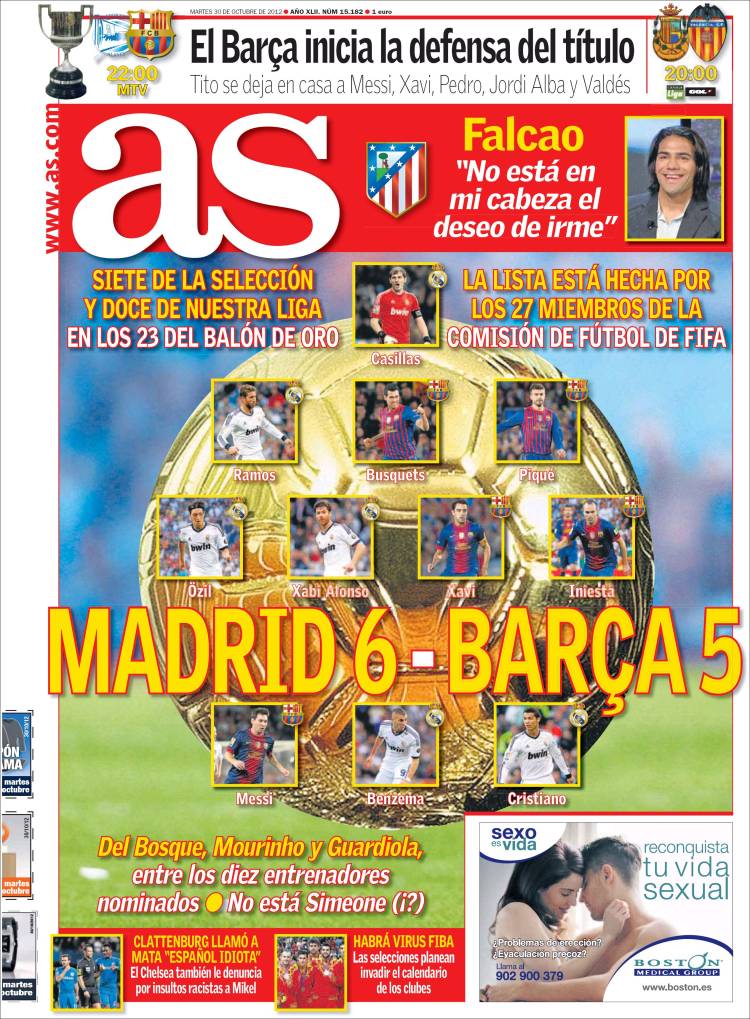 Del Bosque, Mourinho and Guardiola among the 10 nominated for best Coach

Barca start the defence of their trophy

Falcao: “The desire to leave does not enter my head” 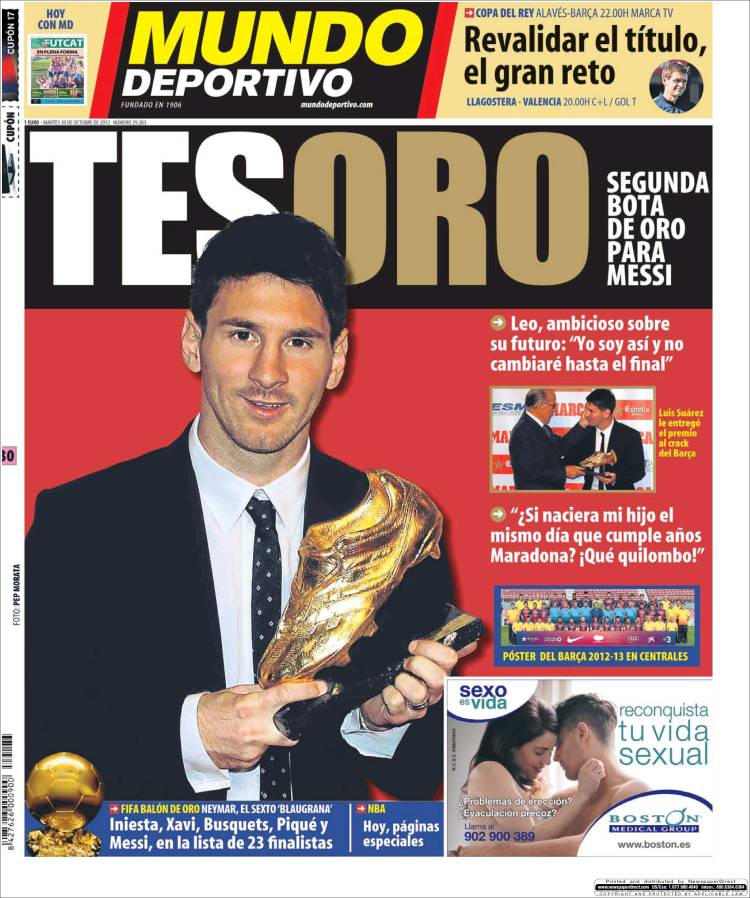 Leo ambitious about his future: “I’m like I am and I’ll never change”

If my son was born on Maradona’s birthday? Wow!

Luis Suarez presented the award to the Barca star

Iniesta, Xavi, Busquets, Pique and Messi in the final list of 23

To win the trophy again, the great challenge