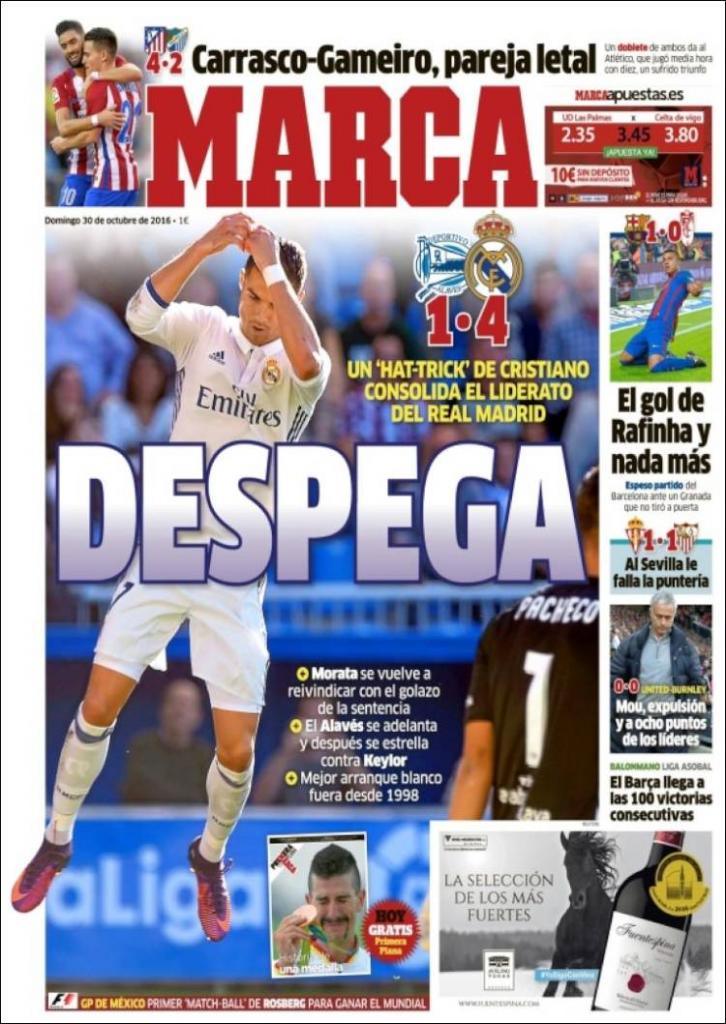 Morata reasserts his claim with the clinching goal

Best Blancos start away from home since 1998

A brace from both gives Atletico, who played with 10 men for half an hour, a suffering win

Rafinha’s goal and no more

Sevilla, their aim fails them

Mou, red card and eight points behind the leaders 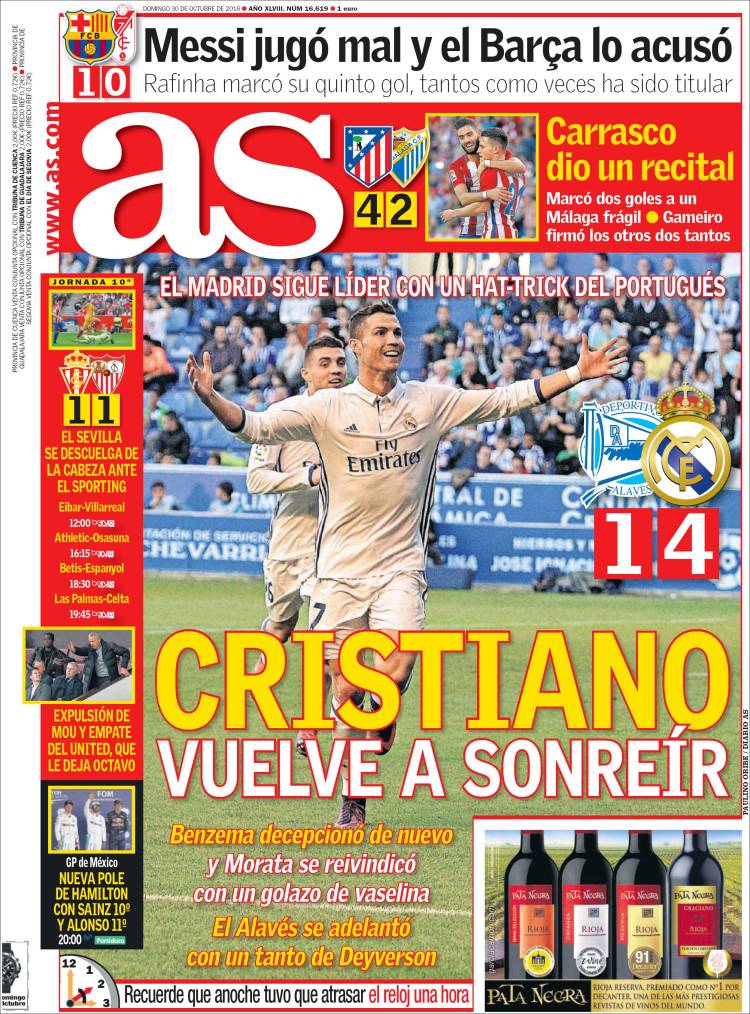 Madrid stay as leaders with a hat-trick from the Portuguese

Benzema disappointed again but Morata staked his claim with a lob

Alaves went ahead with a goal from Deyverson

Carrasco puts on a show

He scored two goals against a fragile Malaga

Gameiro netted the other two goals

Rafinha scored his fifth goal in as many starts

Sevilla drop their heads against Sporting

Red card for Mou as United draw, leaving them eighth 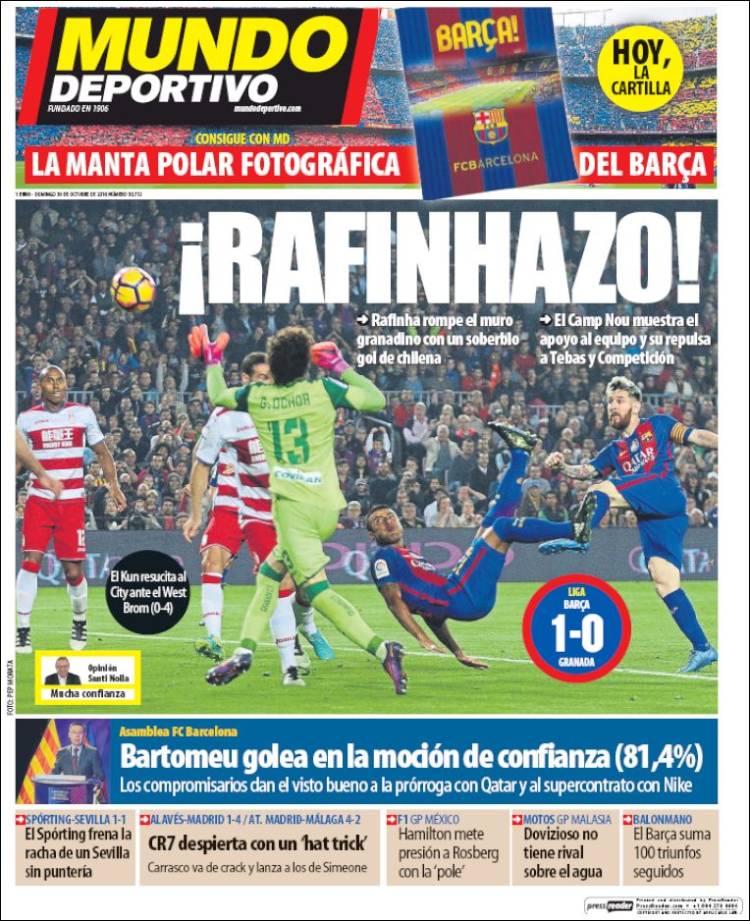 Rafinha breaks the Grenadian wall with a superb, overhead kick

Resounding vote of confidence for Bartomeu (81.4%)

Sporting slows the run of Sevilla, who lack accuracy

CR7 wakes up with a hat-trick

Carrasco stars as a ‘crack’ and propels Simeone’s side