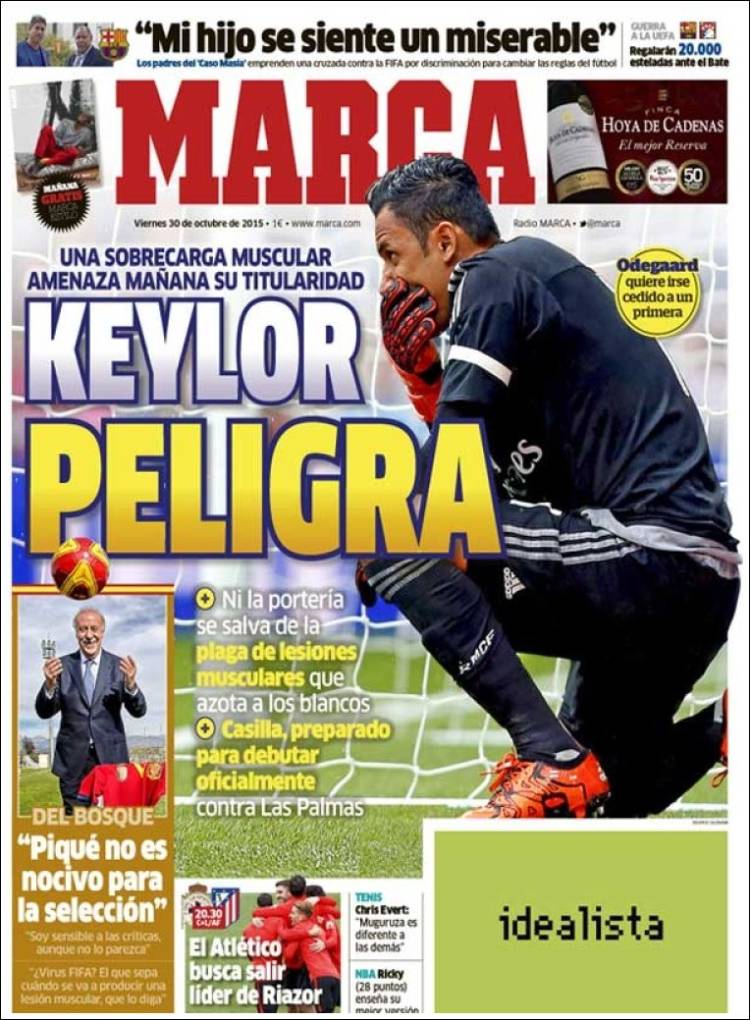 Neither is the goalkeeper save from Los Blancos’ injury plague

Odegaard wants to go on loan to a La Liga club

Del Bosque, “Pique is not harmful to the national team”

“I am sensitive to the criticism, even if it does not seem that way”

“FIFA Virus? No-one knows whether if it will result in a muscle injury” 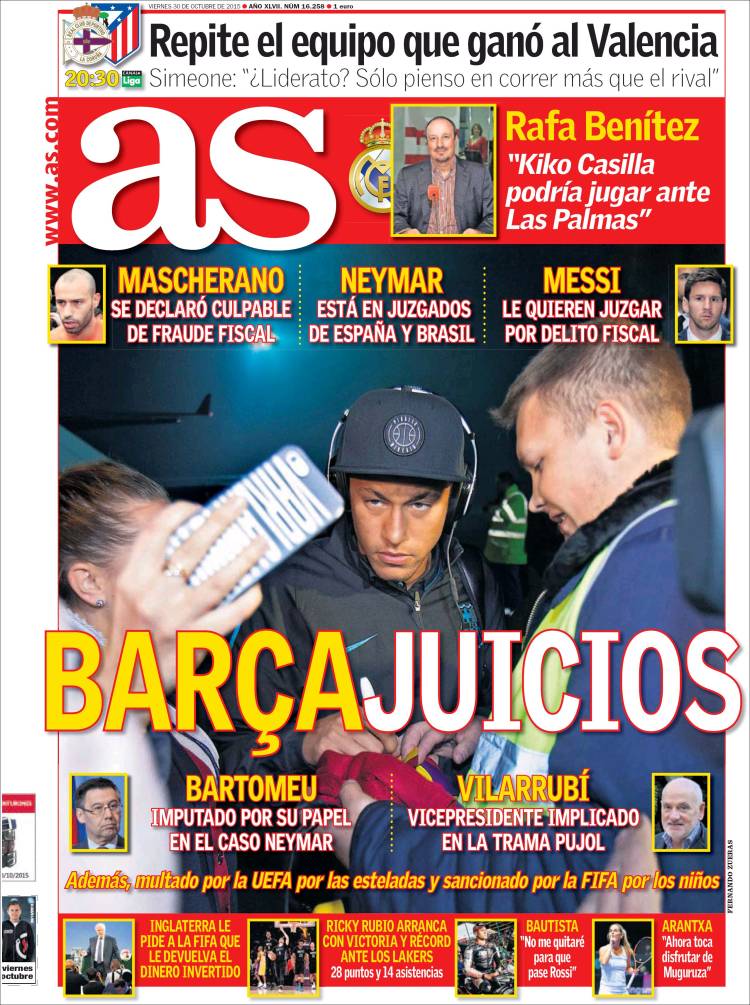 Bartomeu, charged for his role in the Neymar case

Neymar, on trial in Spain and Brazil

Messi, to be trialled for tax fraud

Repeat of the team who beat Valencia

Simeone: “The summit? I’m only thinking about beating our opponents” 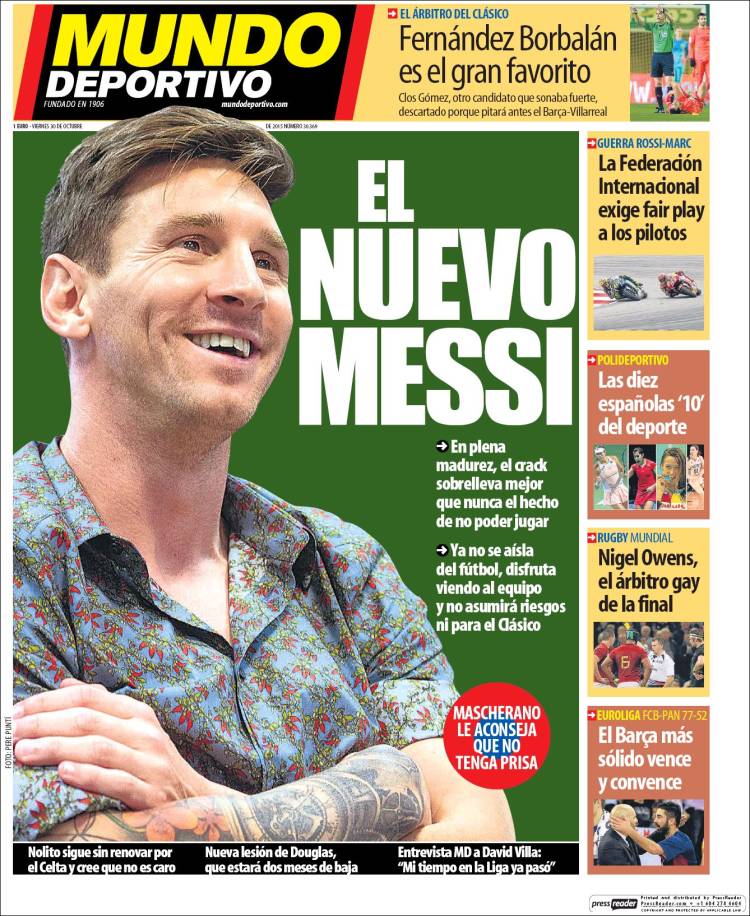 Now fully matured, the star is coping better than ever with his inability to play

He no longer feels isolated from football as he enjoys watching the team and will not be risked, even for the Clasico

Mascherano advises him not to rush

New Douglas injury, which will keep him out for two months

David Villa: “My time in La Liga has passed”

Referee for the Clasico

Fernandez Borbalan is the favourite

Clos Gomez was also a candidate, before being discarded due to officiating Barca-Villarreal