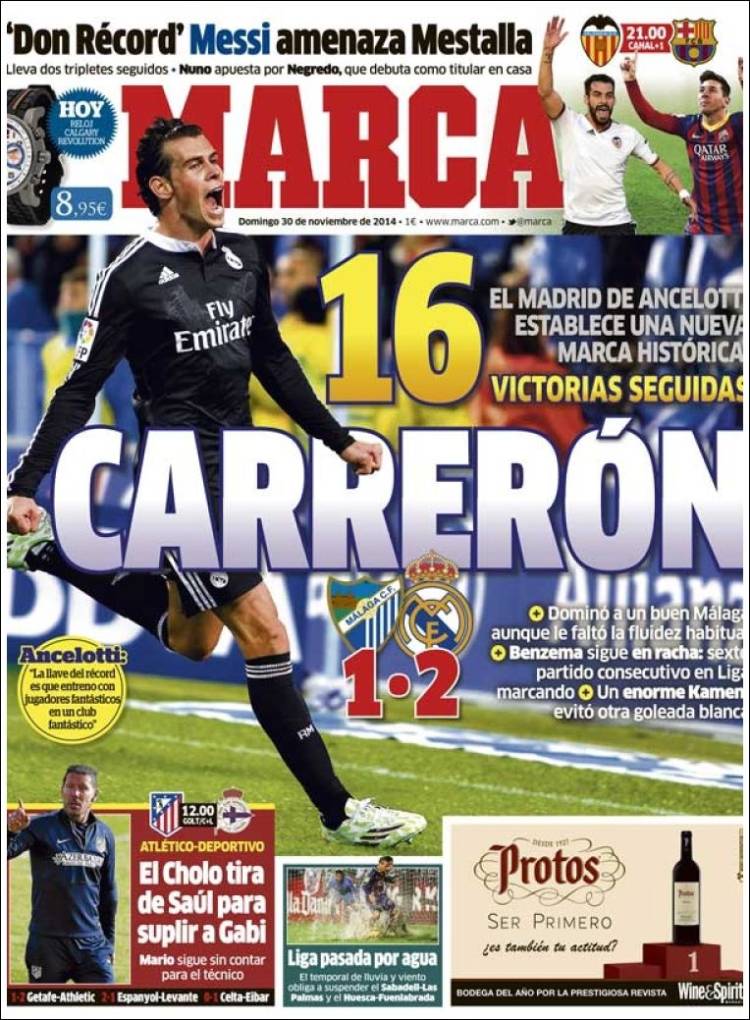 They dominate a good Malaga although lack their normal fluidity

Benzema continues his good run: he scores for a sixth consecutive game

Ancelotti:”The key to the record is that we have fantastic players at a fantastic club”

He has two consecutive hat-tricks

Mario still not in the boss’s plans

League under water: the seasonal wind and rain causes the suspension of Sabadell-Las Palmas and Huesca-Fuentabrada 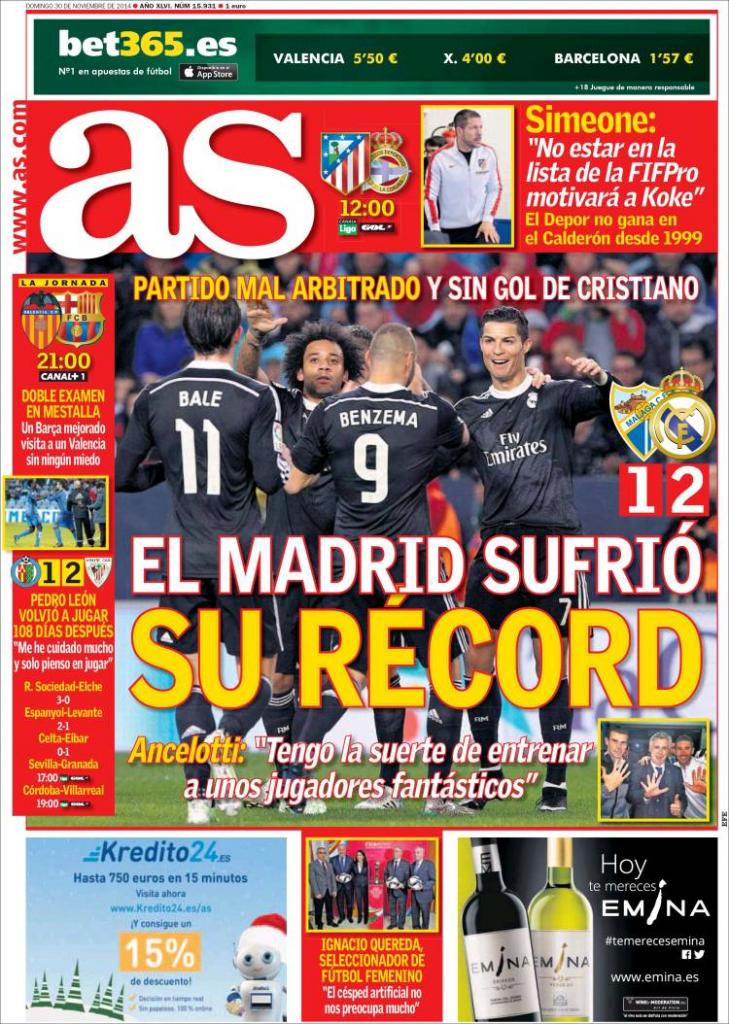 Madrid suffered for their record

A badly-refereed game without a goal from Cristiano

Simeone: “Not being on the FIFPro list will motivate Koke”

Depor have not won at the Calderon since 1999

An improved Barca visit a Valencia without fear 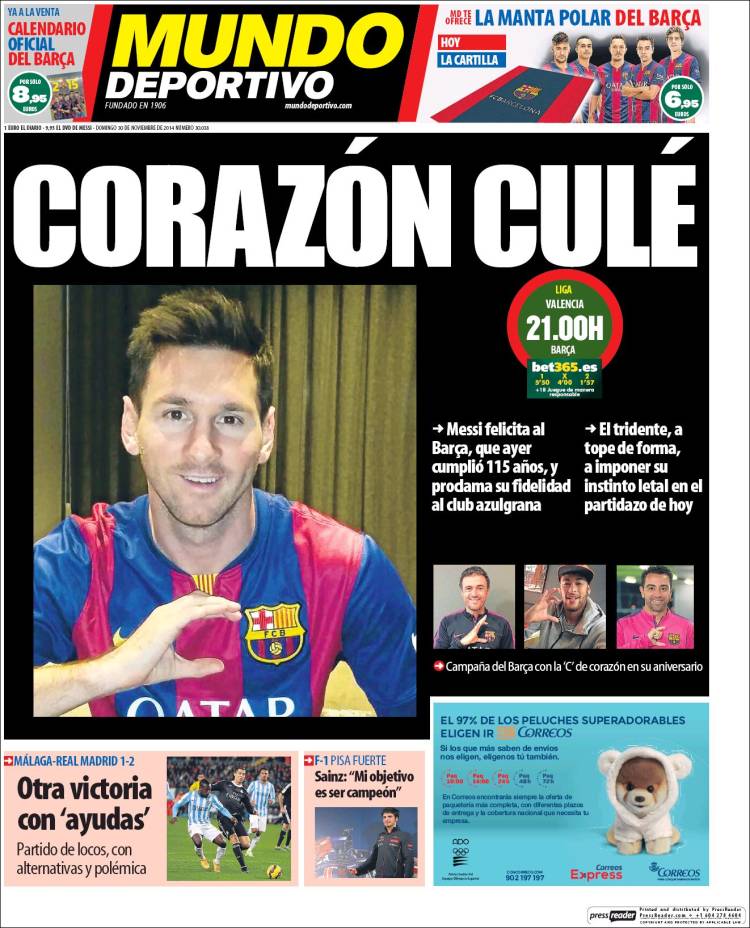 Heart of a Cule

Messi congratulates a Barca that yesterday was 115 years old, and proclaims his loyalty to the Blaugrana

The trident, on top form, will look to impose their lethal instinct in today’s game

Another victory with ‘assistance’

A crazy game with alternatives and controversy