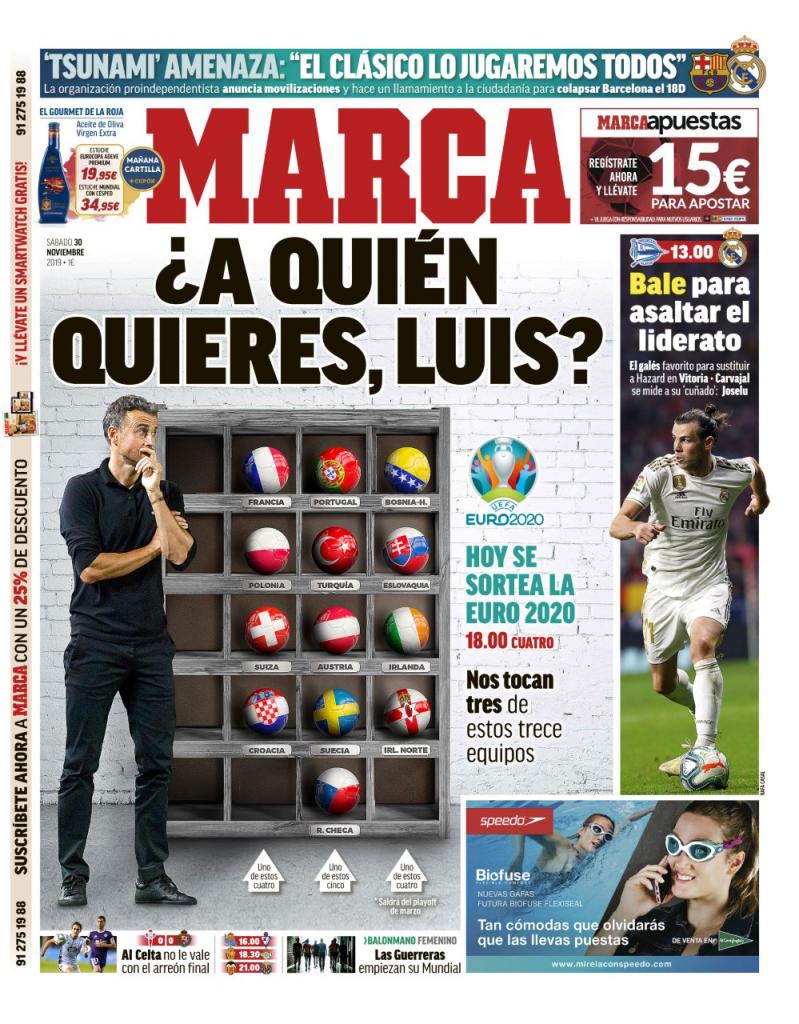 SPAIN: Who Do You Want, Luis? Spain face the Euro 2020 draw, with the possibility of three unknown opponents from League B to D

REAL MADRID: Gareth Bale is in line to return to the Real Madrid starting line up, as a replacement for Eden Hazard, as Zinedine Zidane's side look to take over the leadership of La Liga. 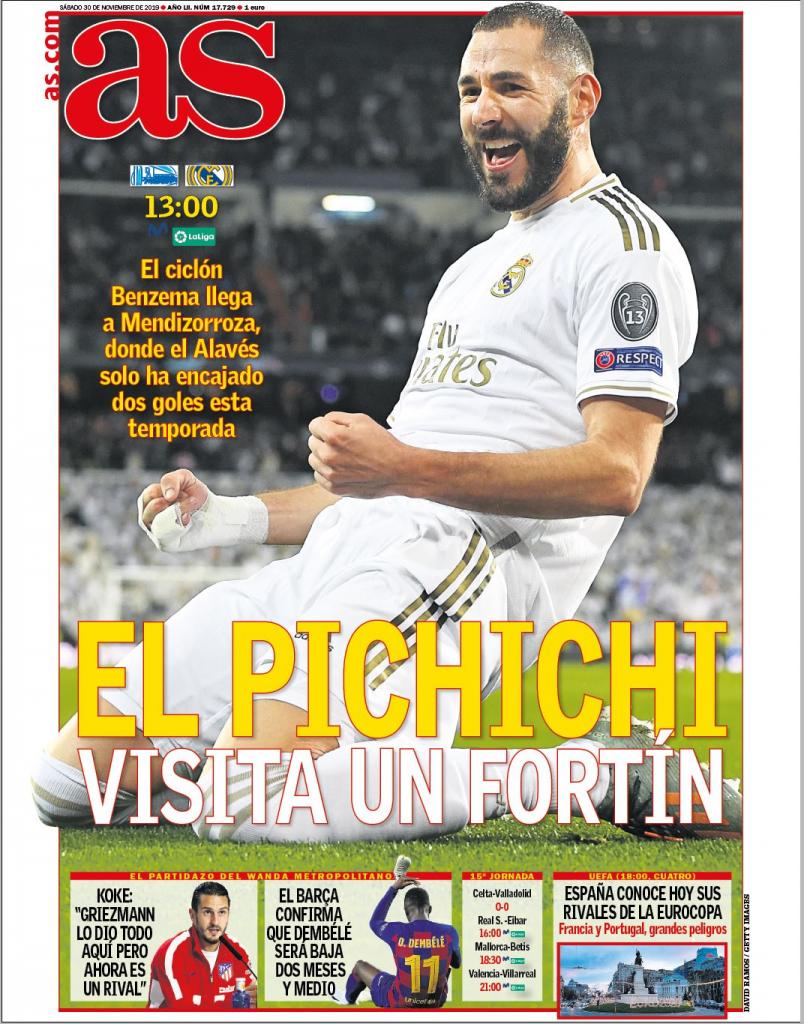 REAL MADRID: The Pichici heads to the fort - In form Karim Benzema and Real Madrid head to Alaves, where the hosts have conceded just two goal at home this season.

BARCELONA: Barcelona confirm that Ousamne Dembele will miss two and a half months through injury, and Atletico Madrid skipper Koke calls on fans to show respect to former star Antoine Griezmann.

SPAIN: Spain are set to learn their group stage opponents at Euro 2020, with France and Portugal the most dangerous potential opponents. 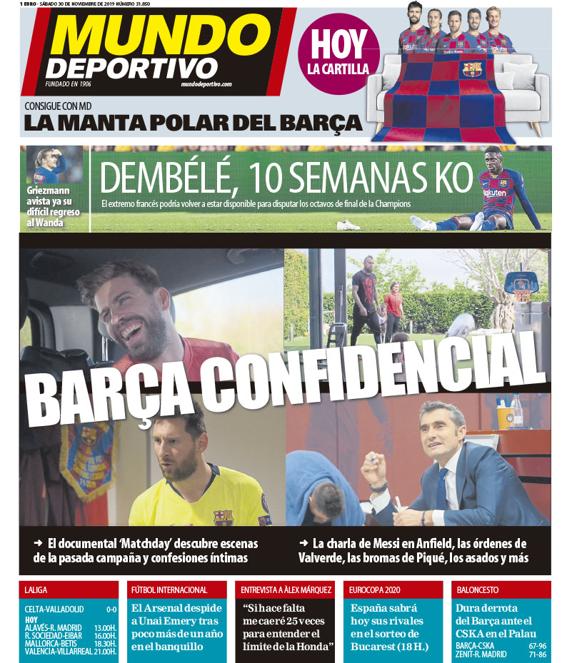 SPAIN: Spain will find out their Euro 2020 group stage rivals, in the draw in Bucharest.