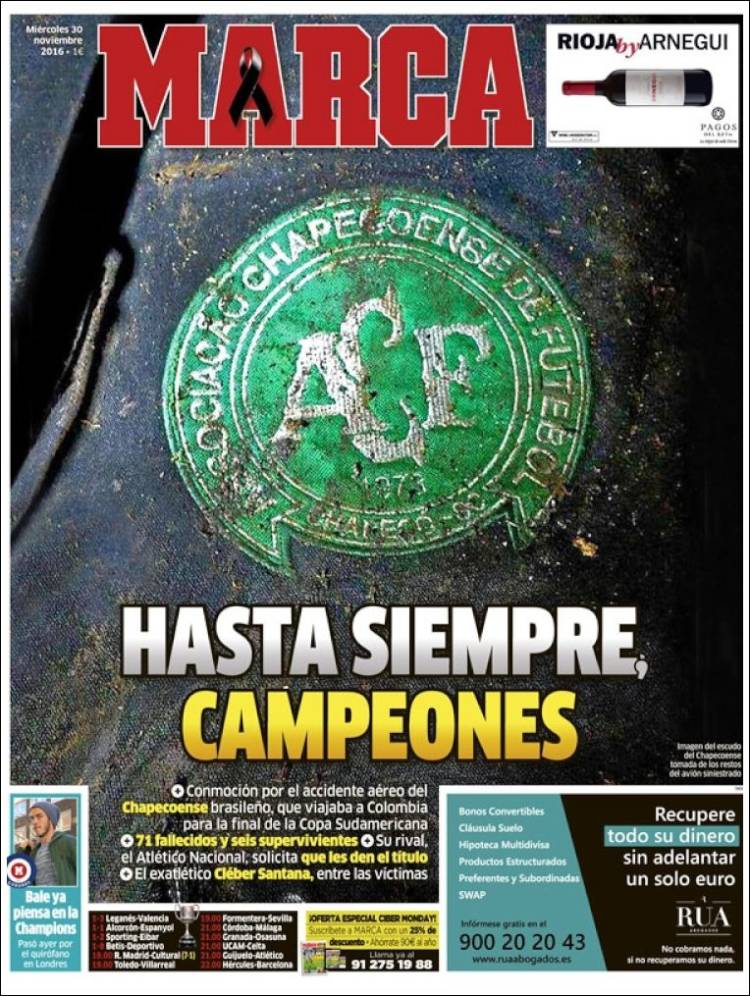 Their opponents, Atletico Nacional, want trophy handed to the Brazilians 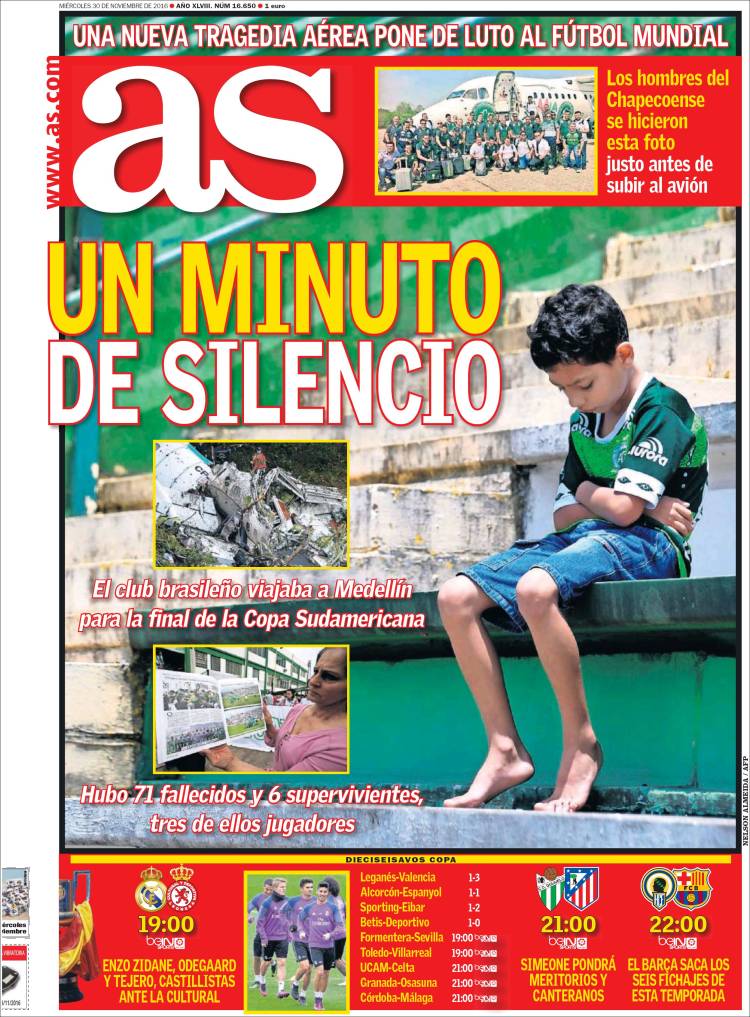 A minute of silence

The Brazilian club were travelling to Medellin for the Sudamericana final

There were 71 deaths and 6 survivors - 3 of them players

The men of Chapecoense pose for one final photo before flight 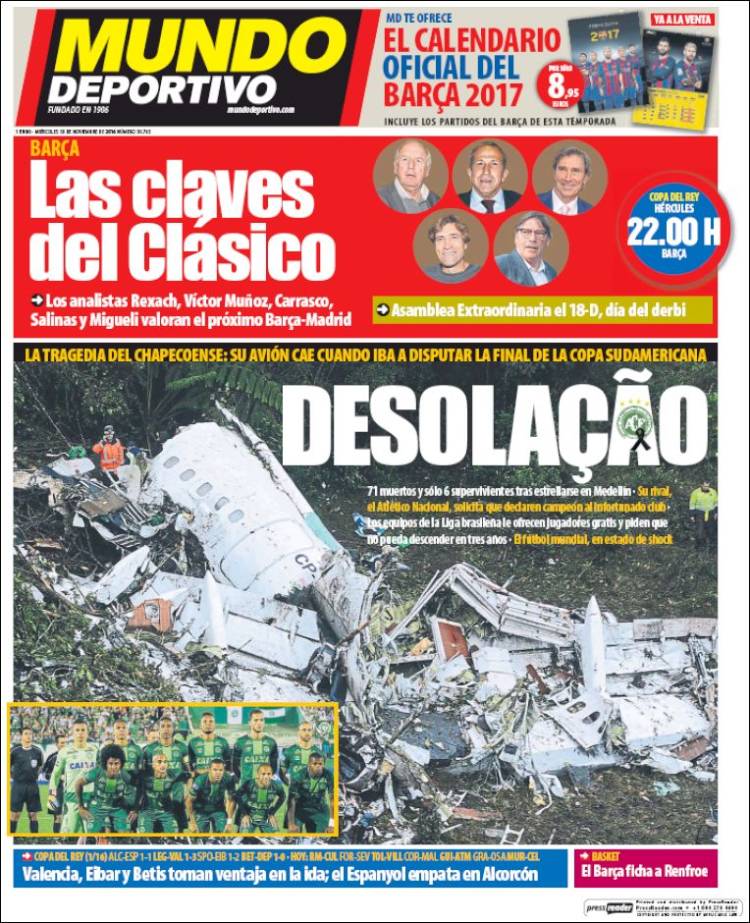 71 deaths and 6 survivors in Medellin crash, Atletico Nacional want Brazilian side to be given trophy, the team of Brazilian league rally to help club, the world of football is left in shock

Valencia, Eibar and Betis among winners in CDR, Espanyol draw at Alcorcon