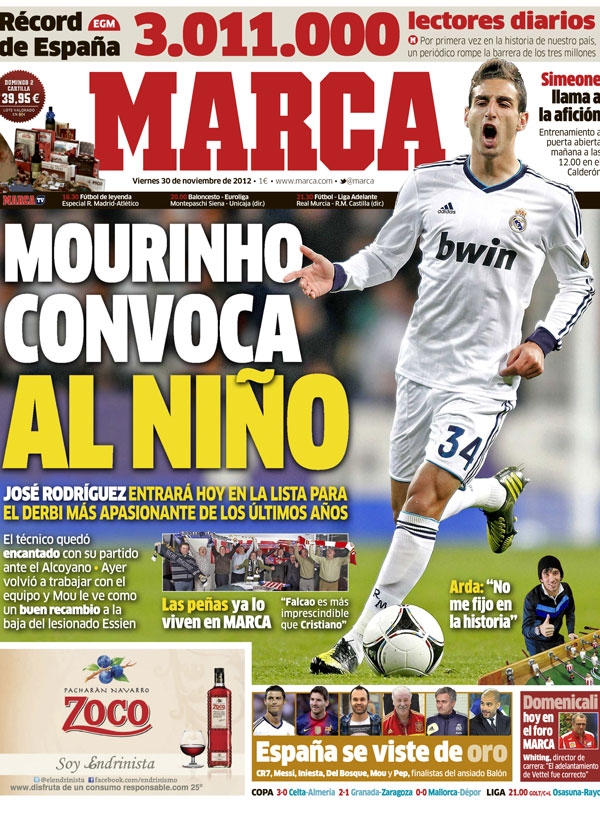 The coach was happy with his game against Alcoyano

The fans already living it up ahead of the derby: “Falcao is more essential a player than Ronaldo”

Arda: I dont care for history

Simeone calls for fans: The coach to open training tomorrow from 12.00 at the Calderon

Spanish record 3,011,000 readers for Marca: The highest ever number of readers for a newspaper in our country

Domenicali: Today in the MARCA court

Whiting, director of the track, “The overtake by Vettel in Brazil was correct” 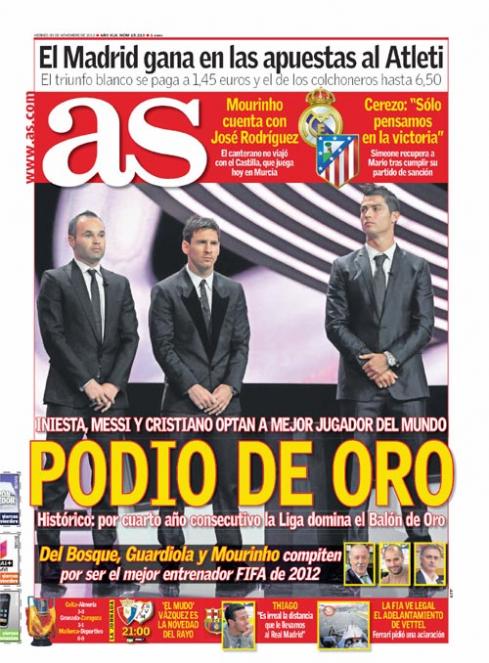 Iniesta, Messi and Cristiano chosen as the three candidates for the Ballon d’Or

Del Bosque, Mourinho and Guardiola compete to be the best coach of 2012

Cerezo: We are only thinking of victory

Simeone recovers Mario after his sanction

Thiago: It is ideal the distance we have over Real Madrid

FIA declare that Vettel’s overtaking in Brazil was legal: Ferrari ask for clarification 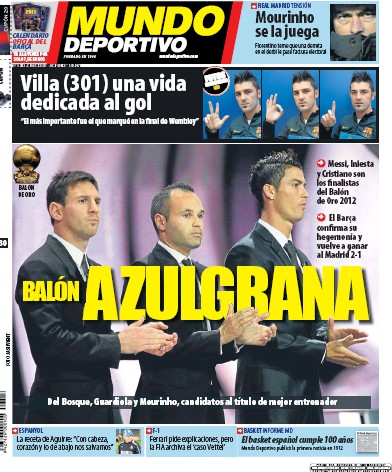 Messi, Iniesta and Cristiano are the finalists for the Ballon d’Or

Barca confirm their hegemony and return with a 2-1 win

Del Bosque, Mourinho and Guardiola the candidates for best coach

Villa gets 301: A life dedicated to scoring

Espanyol: Aguirre’s recipe to save Espanyol: With our head and our hearts we can be saved