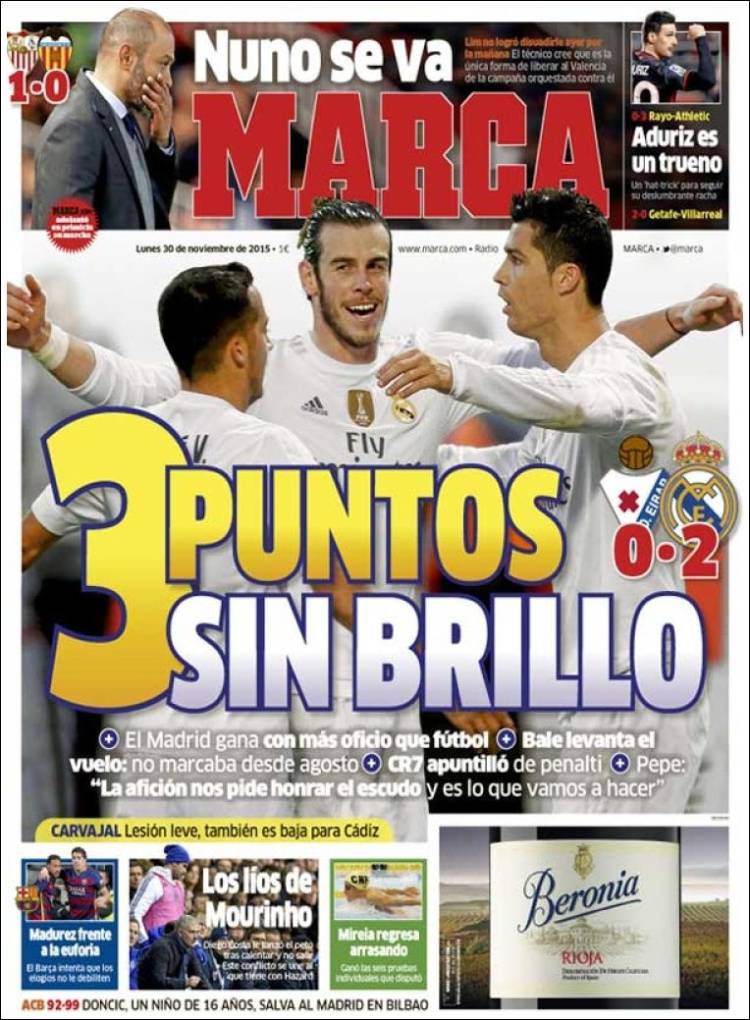 Bale gets the ball rolling: had not scored since August

CR7 puts away a penalty

Pepe: “The fans asked us to honour the badge and that’s what we intend to do”

Lim failed to dissuade him on Sunday morning

A hat-trick sees him continue his dazzling run 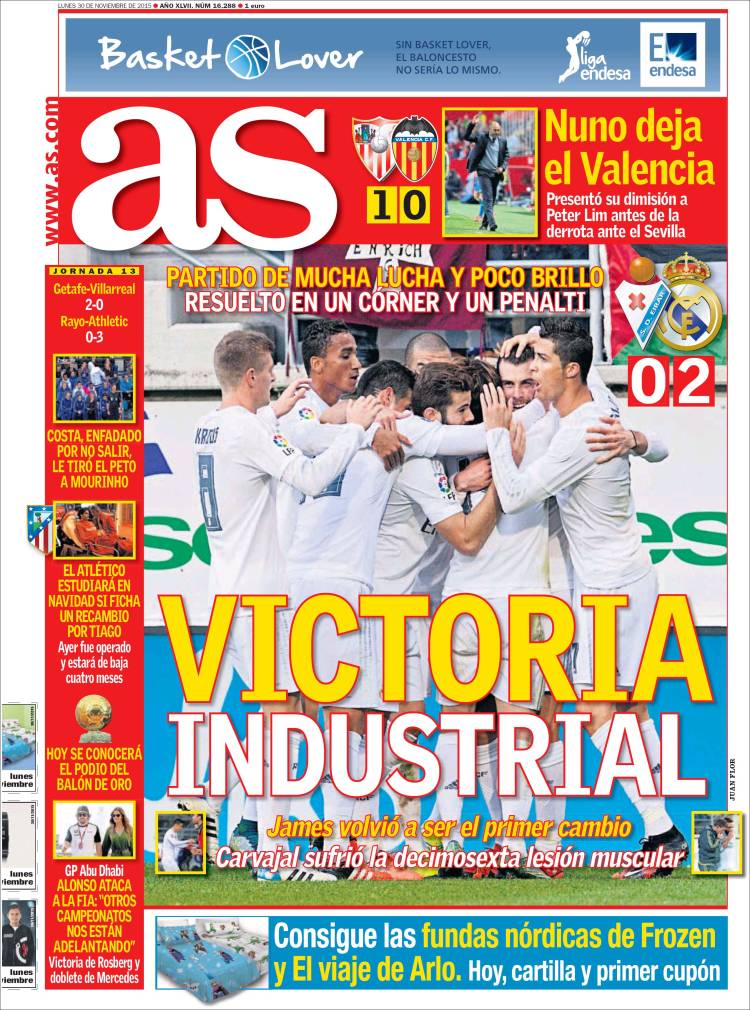 A match of much struggle and little brightness

Decided by a corner and penalty

James was again the first change

Costa, angry about not being brought on, threw his bib at Mourinho

Atletico to consider signing a Tiago replacement over Christmas

The Ballon d’Or podium will be announced today 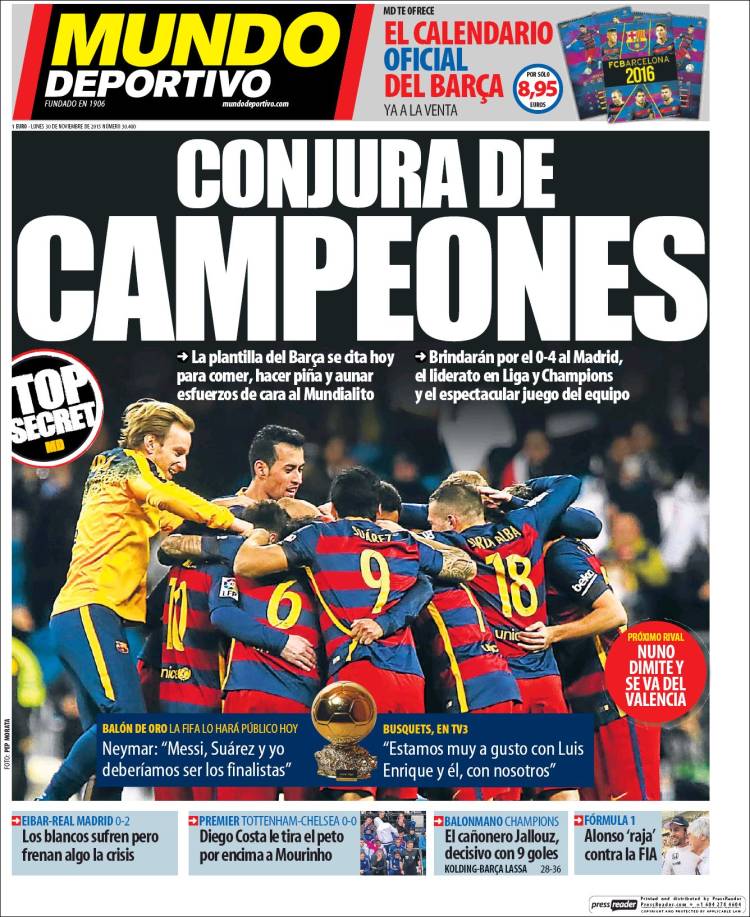 Barca’s squad will gather today to eat, huddle and join forces for the Club World Cup

They will toast to the 0-4 in Madrid, their leads in La Liga and the Champions League and their spectacular team play

Neymar: “Messi, Suarez and I should be the Ballon d’Or finalists”

Busquets: “We are very pleased with Luis Enrique and he is with us”

Los Blancos suffer but slow down their crisis