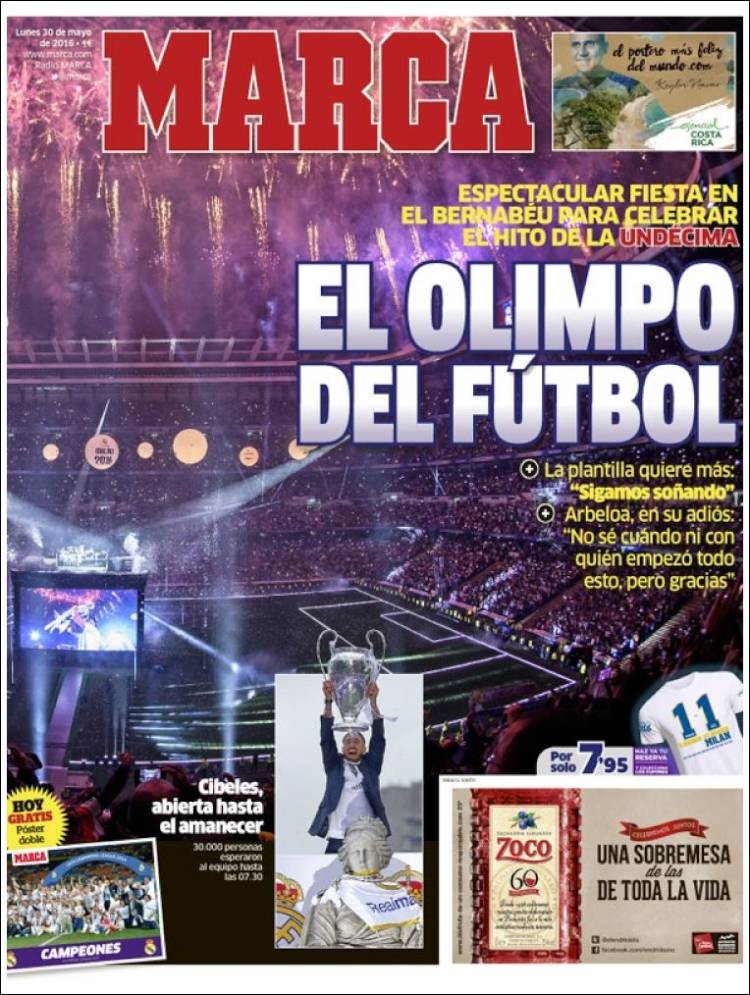 The pantheon of football

Arbeloa, in his farewell: “I don’t know when or who started all this, but thank you”

Thirty-thousand people waited for the team until 06:30 BST 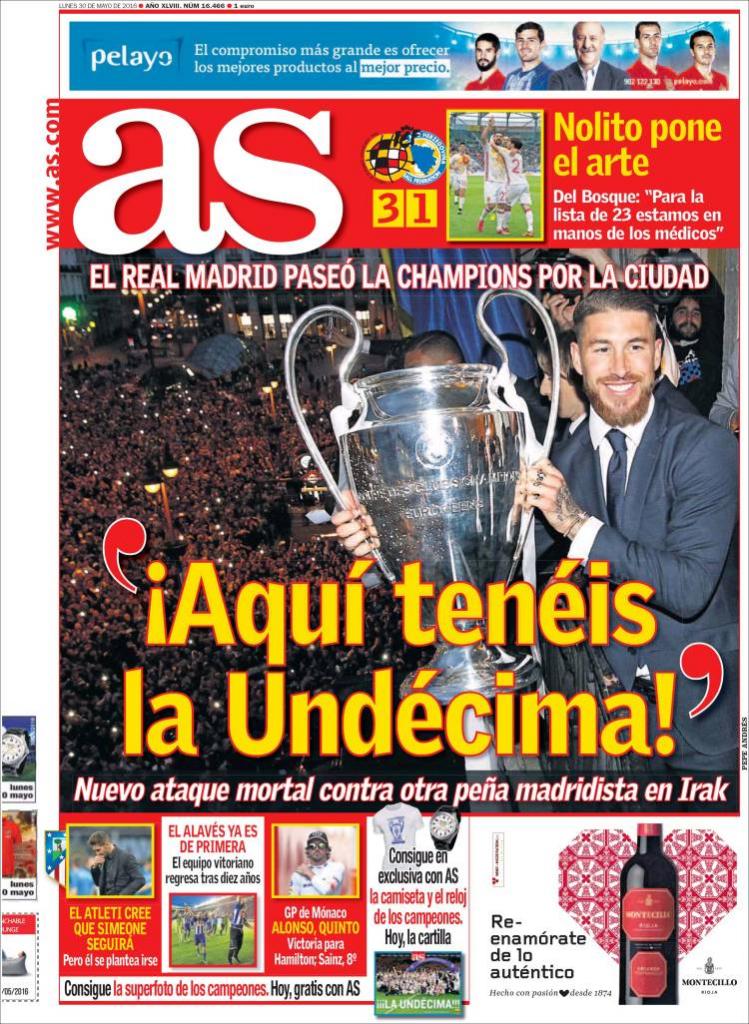 Real Madrid parade the Champions League through the city

New, deadly attack on another Madrid clubhouse in Iraq

But he considers leaving

Alaves are now a Primera team

The team from Vitoria return after 10 years 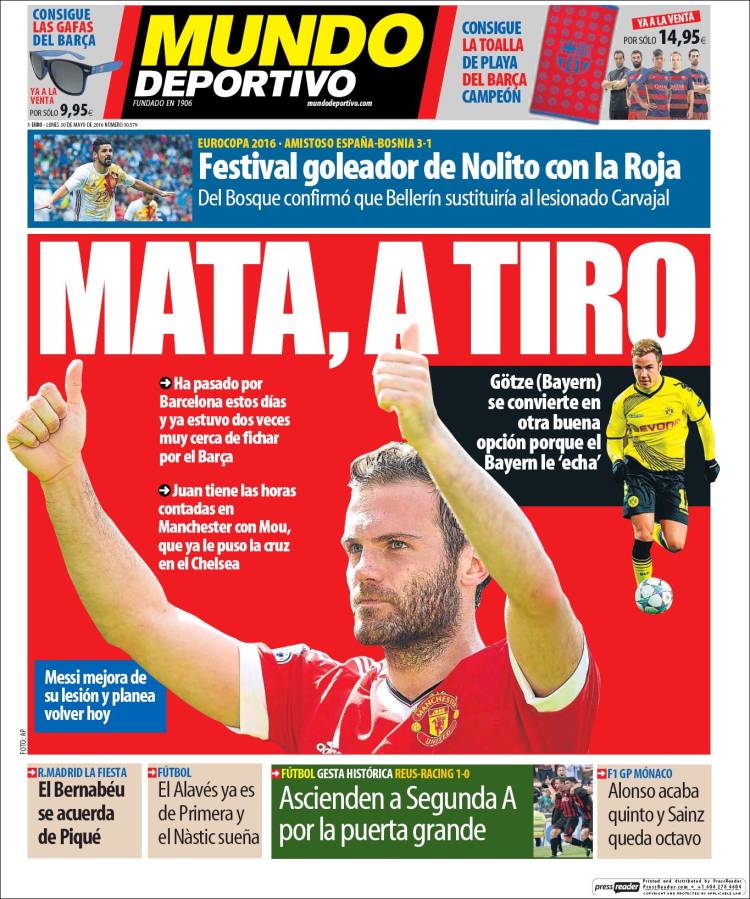 Juan is counting down his hours in Manchester with Mou, who already blacklisted him at Chelsea

Gotze becomes another good option because Bayern will ‘give him away’

Messi recovering from his injury and plans to return today

Alaves are now in La Liga and Nastic dream