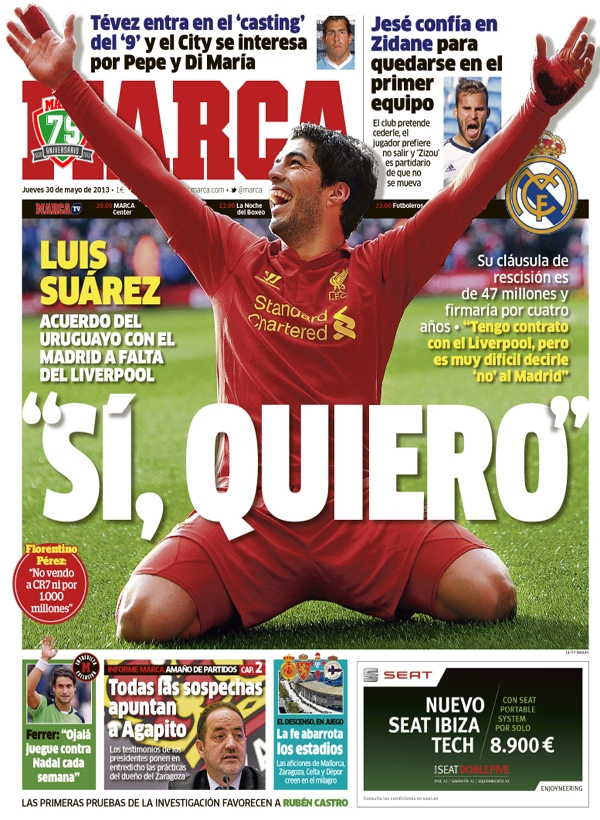 His clause is 47€ million and could sign for four years

Jese has Zidane's faith to be a first team player

Ferrer: "Hopefully I will play against Nadal every week"

All the suspects appoint Agapito

The testimonies of the presidents point doubts to Zaragoza president

The fans of Mallorca, Zaragoza, Celta and Depor believing in a miracle 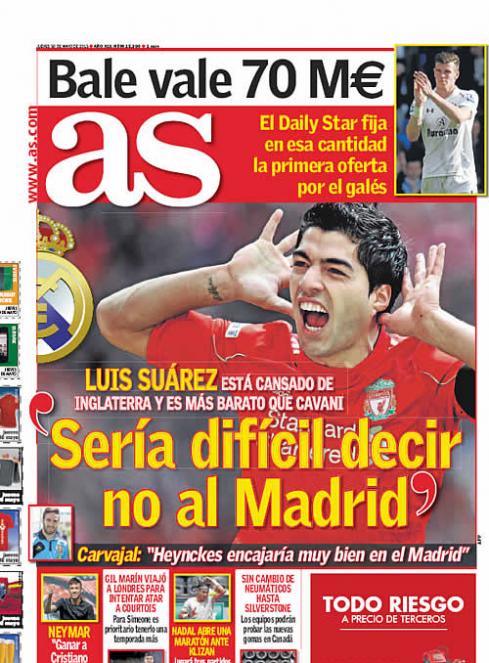 Luis Suarez is tired of England and is cheaper than Cavani

"It would be difficult to say no to Madrid," Suarez

Neymar: "To win against Cristiano is a great motivation"

Gil Marin travels to London to try and tie up Courtois

Nadal opens up with a marathon against Klizan

Without change of the numbers until Silverstone

The team to try and approve the new rubbers in Canada 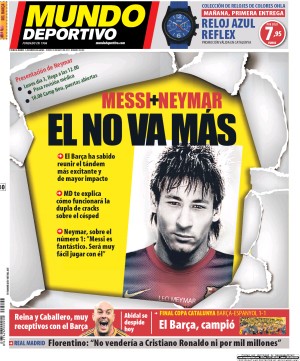 Neymar and Messi and no more

MD explains that Barca will play with the two stars

Neymar, number one: "Messi is fantastic, It will be easy to play with Messi"