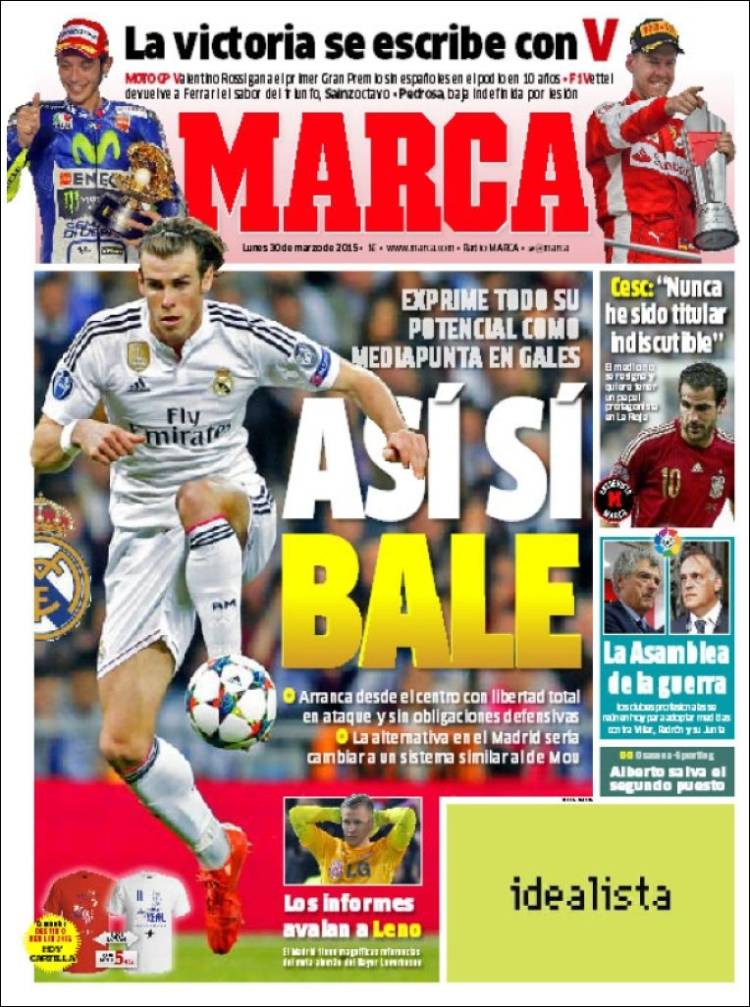 He expresses all his potential as a playmaker with Wales

Cesc: “I was never an indisputable starter”

The assembly of war 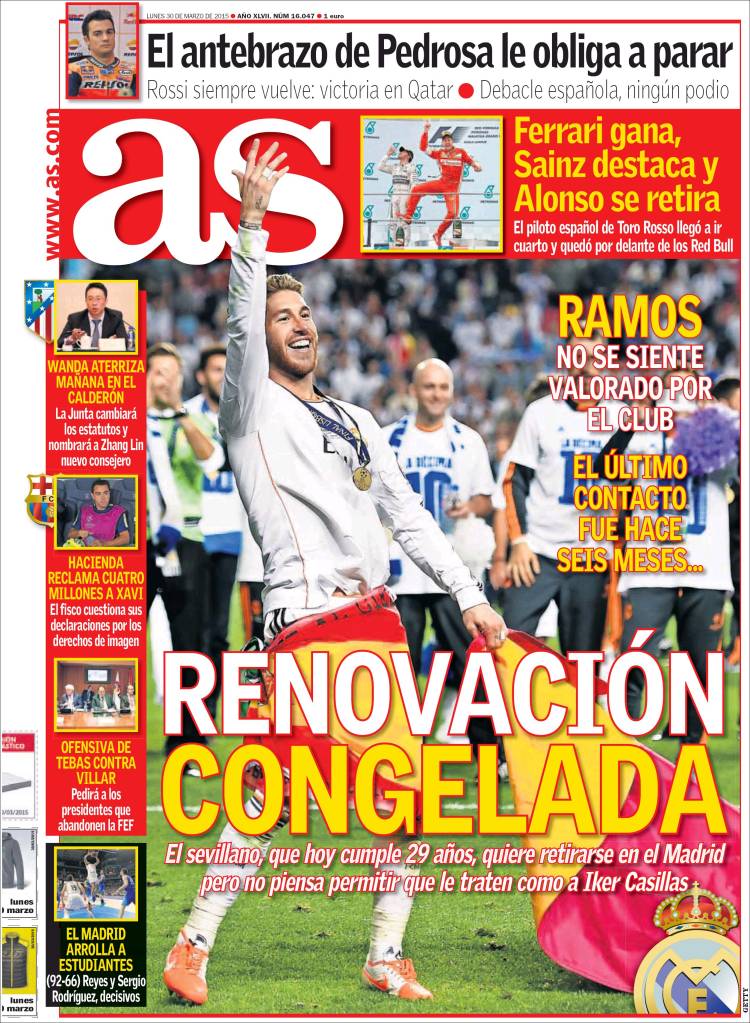 The Sevilla-born player, who is 29 today, wants to retire at Madrid but will not allow them treat him like Iker Casillas

Wanda lands at the Calderon tomorrow

The tax office demands €4m from Xavi. They question his declarations over image rights

Tebas offensive against Villar. He will ask the Presidents to leave the FEF 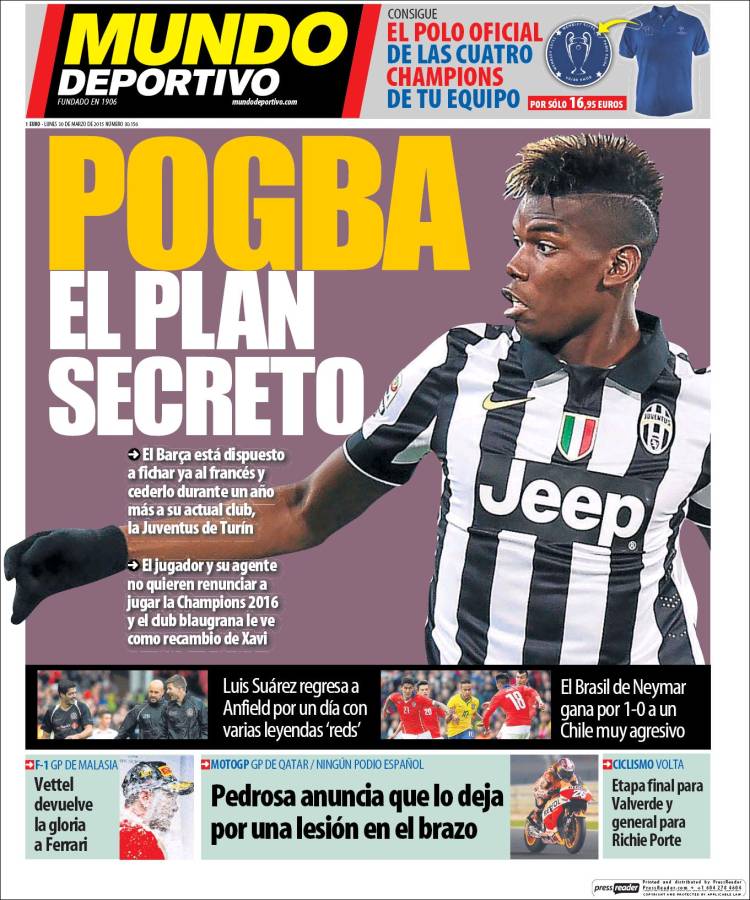