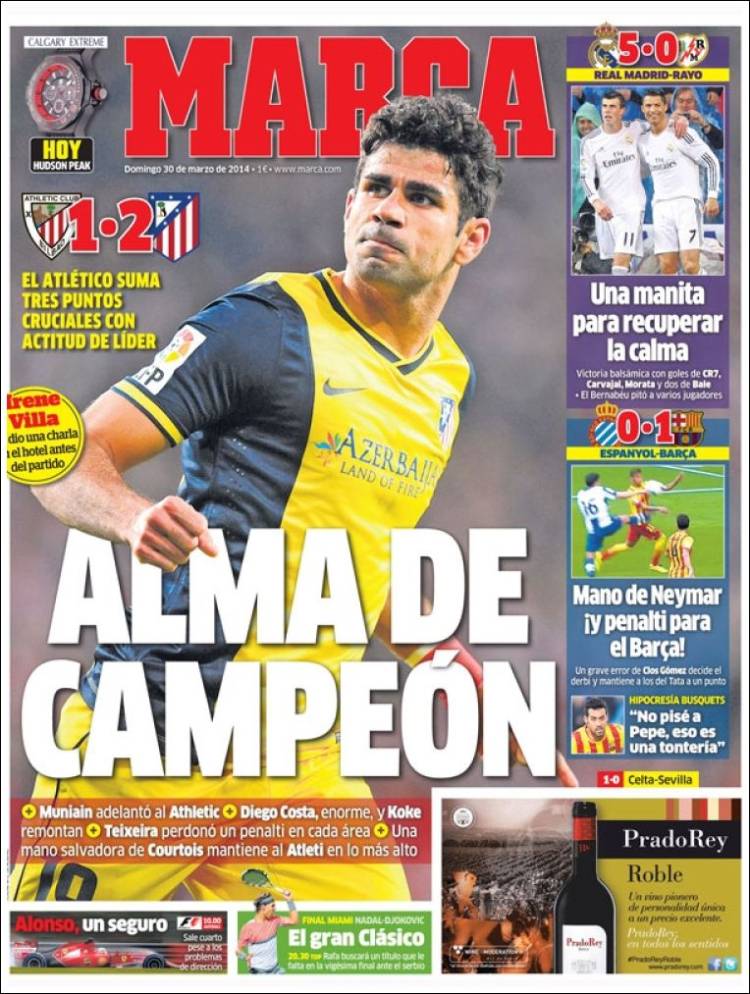 The soul of a champion

Diego Costa, who was enormous, and Koke bring their side back

Teixeira does not give a penalty

Courtois comes to the rescue to keep Atleti on top

Atletico get three crucial points with the attitude of a leader

All is well again as Madrid regain some calm

A bitter sweet victory with goals from CR7, Carvjal, Morata and two from Bale

Neymar hands ball and Barca get a penalty

Hypocrisy of Busquets: "I did not stomp on Pepe, this is stupid to say" 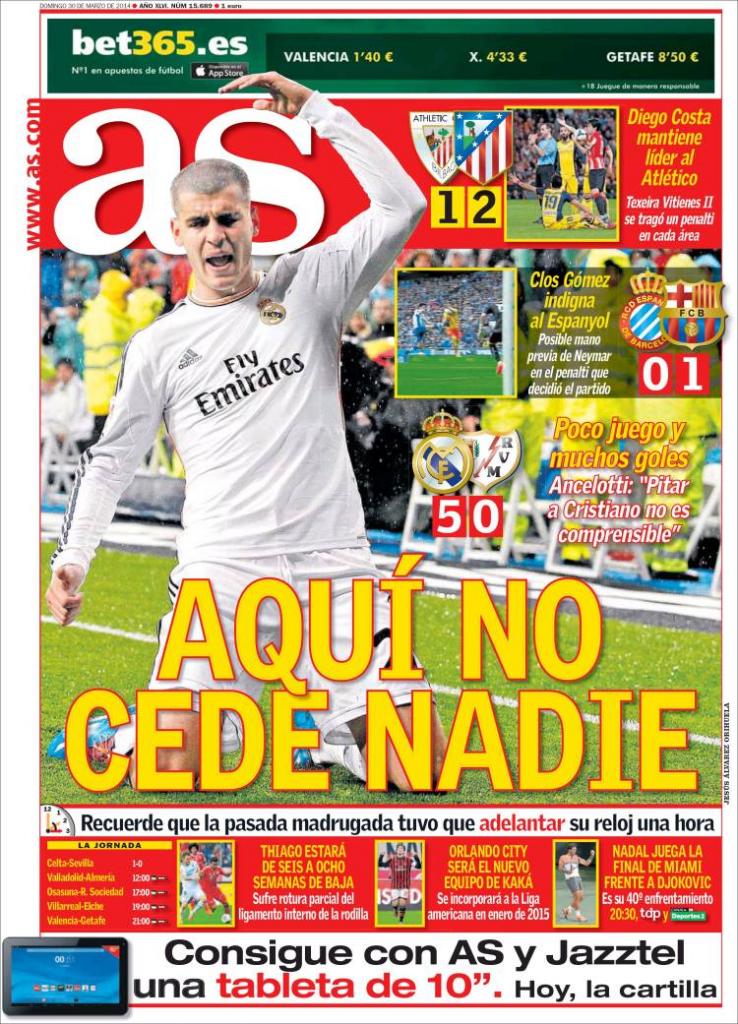 No one gives up here

Little play but lots of goals

Thiago will be out for six to eight weeks

He suffers a minor tear to the ligament in his knee

Orlando City will be Kaka's new side as of January 2015

Nadal to play Djokovic in the final 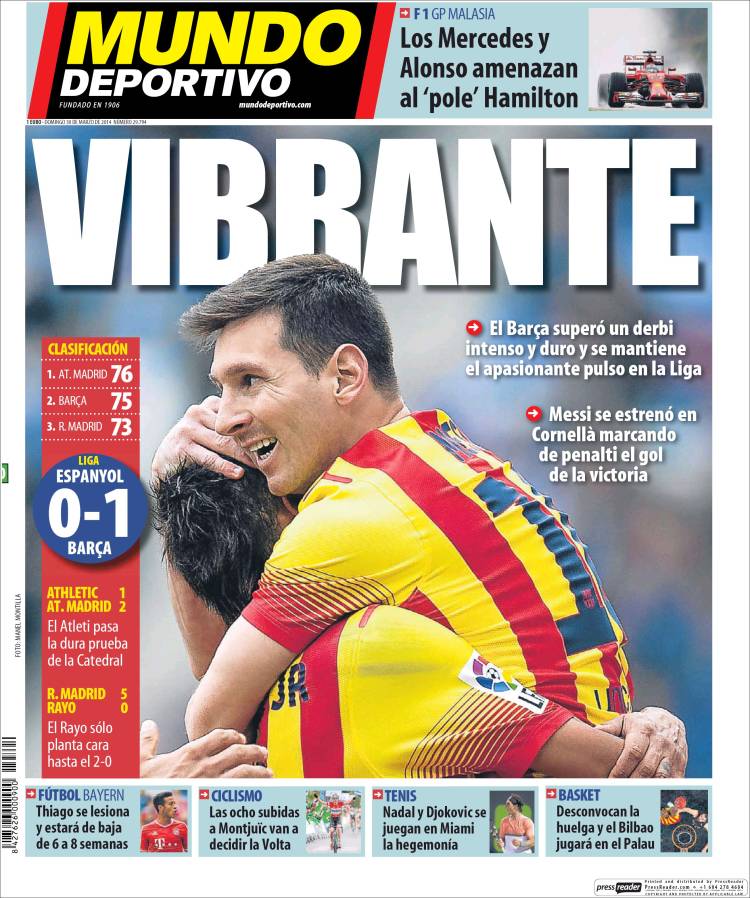 Messi shone at the Cornella, scoring the only goal from the penalty spot

Atleti pass a tough test at the Cathedral

Rayo only showed up until it was 2-0

Nadal and Djokovic play in Miami in the final