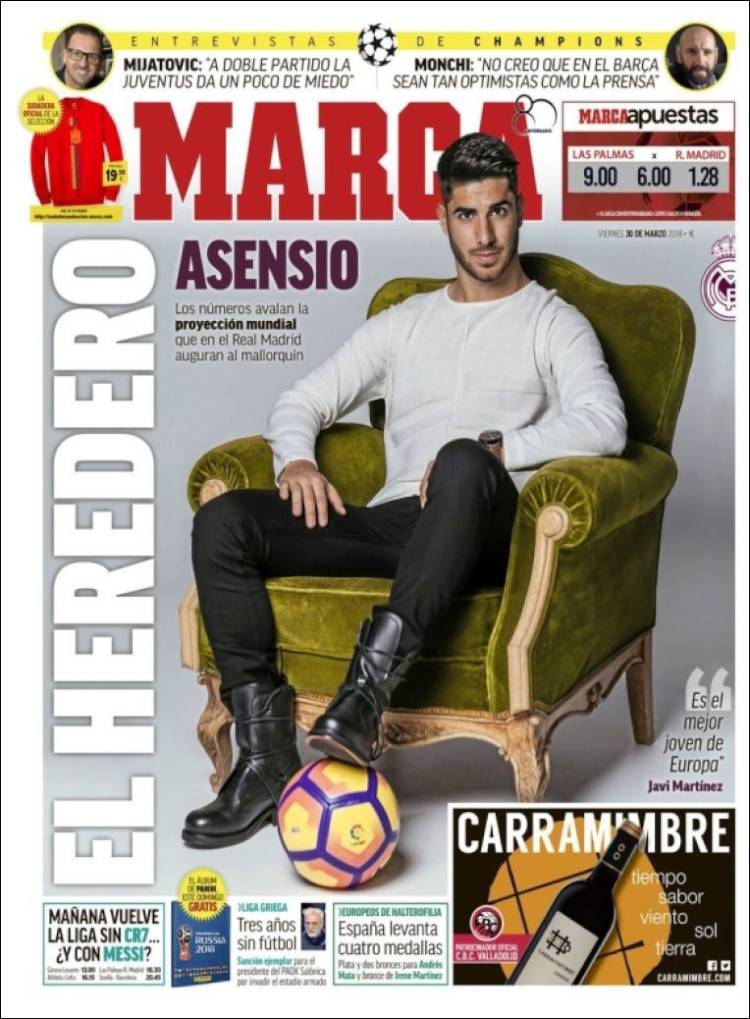 His numbers endorse global projections for the Mallorcan

"He is the best young player in Europe" - Javi Martinez

Monchi: I don't believe Barca are as optimistic as the press 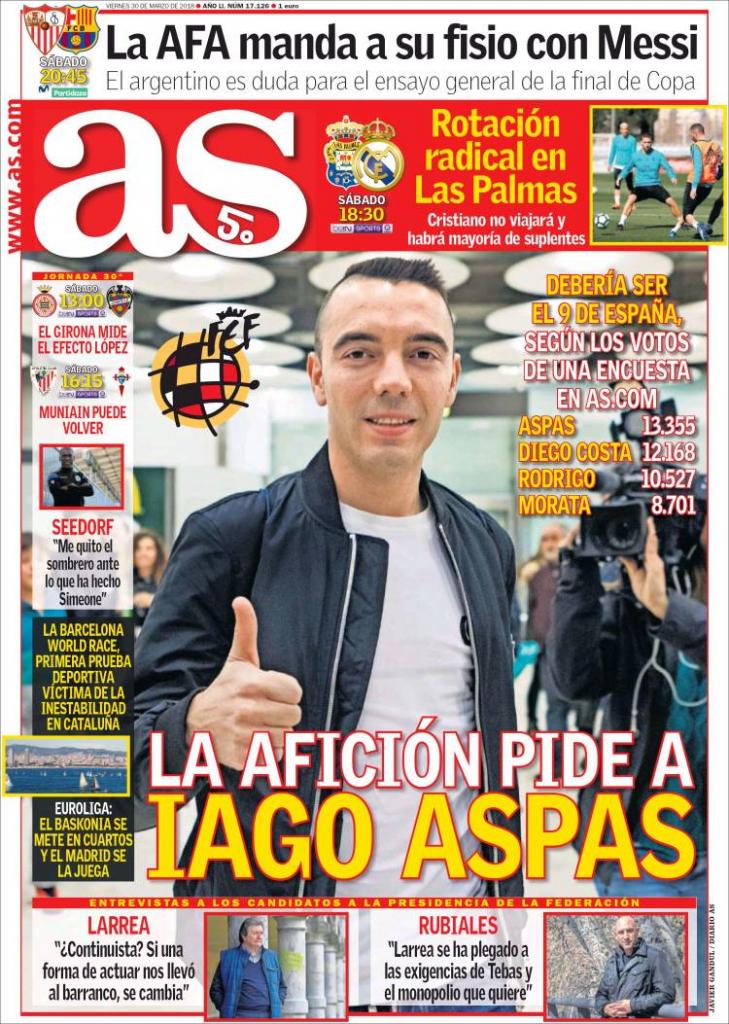 The fans ask for Iago Aspas

When asked who should be Spain's number 9, he topped the poll

Seedorf: I take my hat off at what Simeone has done 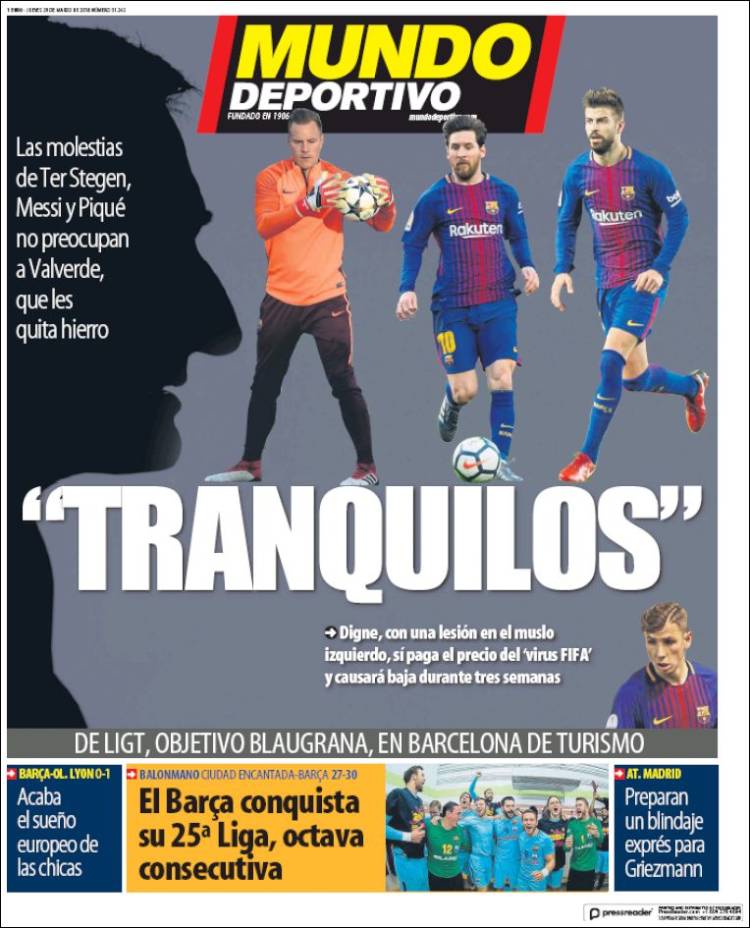 Digne, out for three weeks

De Light, a Barca target, in the city for tourism

Atleti prepare a shield for Griezmann