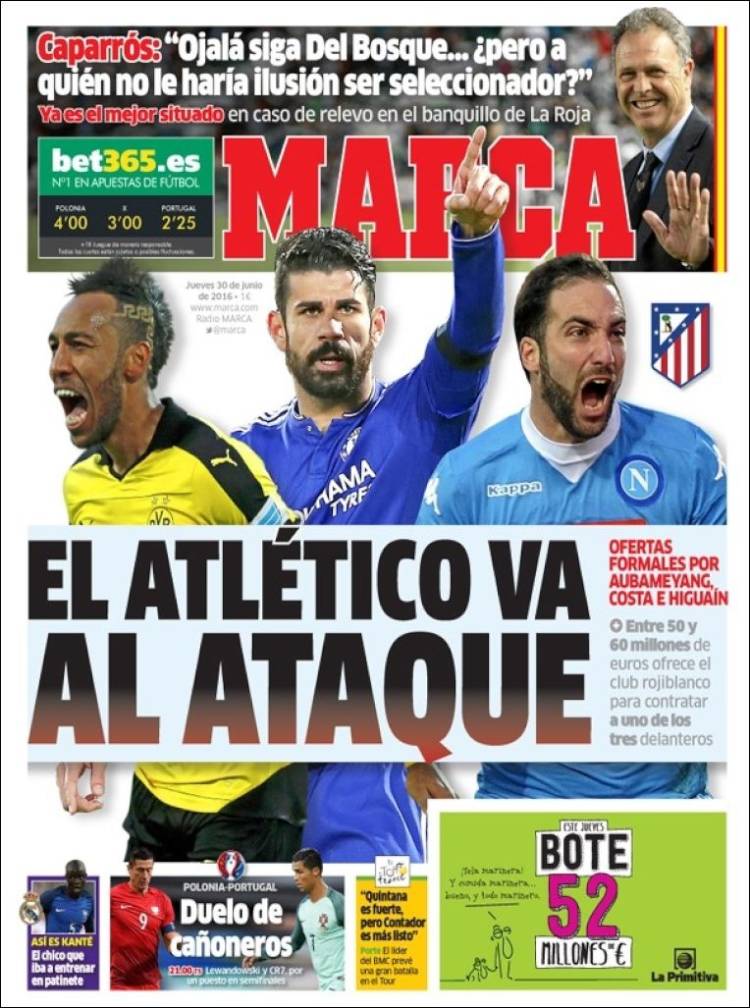 Caparros: “Hopefully I succeed Del Bosque…but who wouldn’t have the hope of being national team Coach?”

Atletico on the attack

So this is Kante

The boy who would go to training on a scooter

Duel of the strikers

Lewandowski and CR7, for a place in the semi-finals 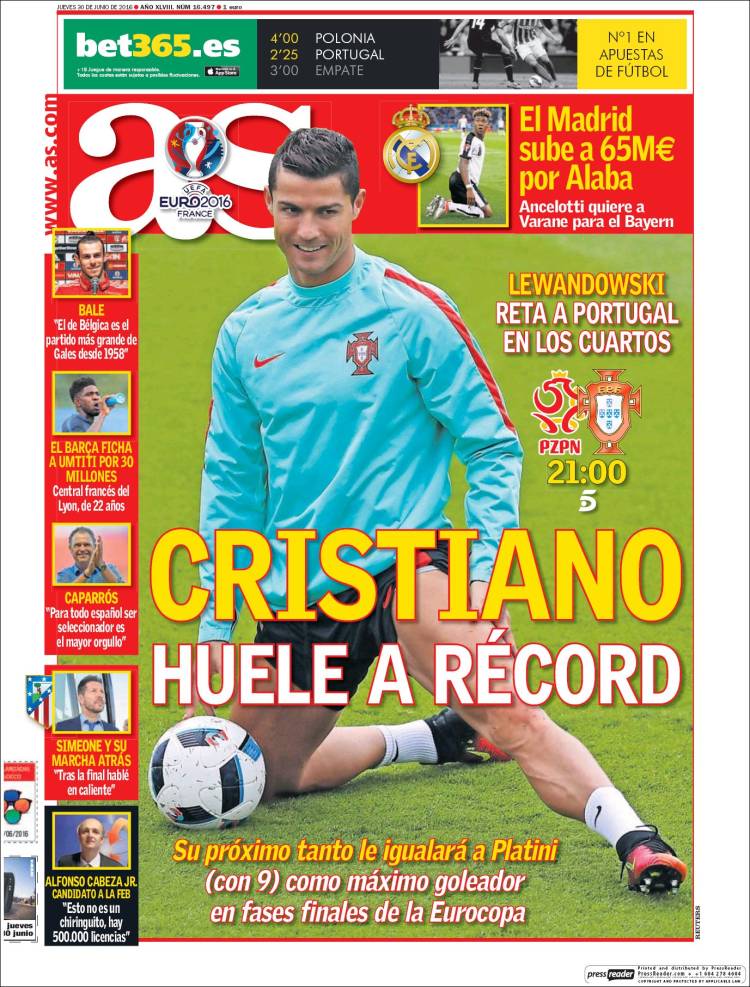 Madrid goes up to €65m for Alaba

Lewandowski challenges Portugal in the quarter-finals

Cristiano sniffs out a record

“Belgium is the biggest game for Wales since 1958”

Simeone and his backwards step

“I spoke hot after the final” 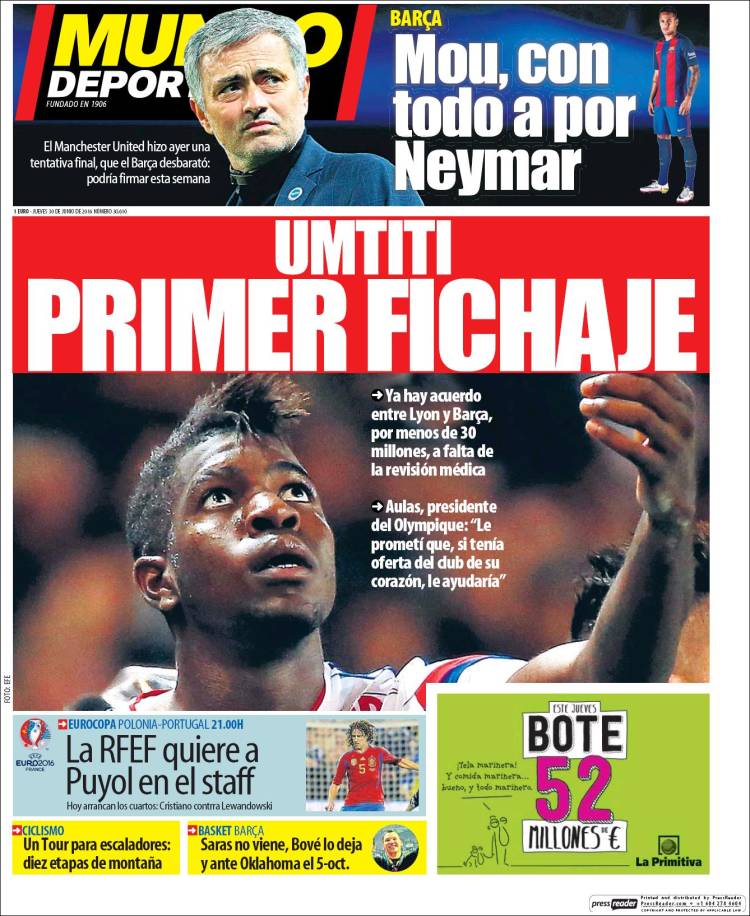 Mou, with everything to Neymar

Manchester United yesterday made a final attempt, which Barca overturned: could sign this week

There is already an agreement between Lyon and Barca, for less than €30m, in the absence of a medical

Aulas, President of Olympique: “I promised him, if it was the club of his heart, I would help”

The RFEF wants Puyol on the staff