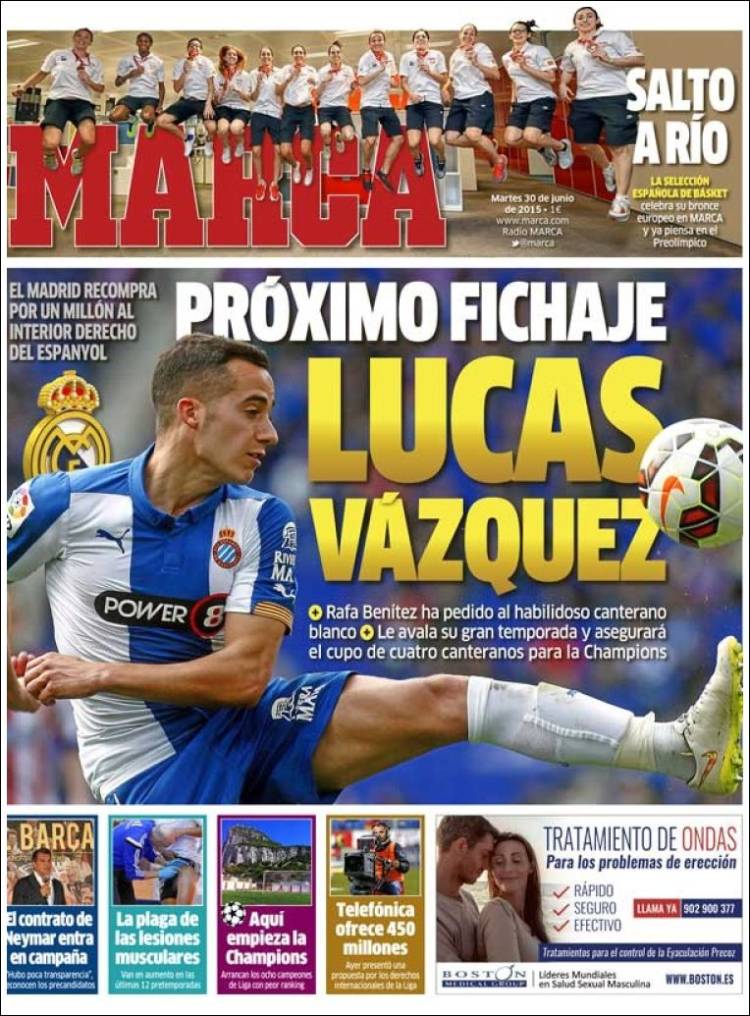 Rafa Benitez has requested for the skifull former Blancos reserve

He supports his great season and will promise him a place as one of four youth players in the Champions League squad (next season).

Madrid will re-sign the right winger for 1 million euros 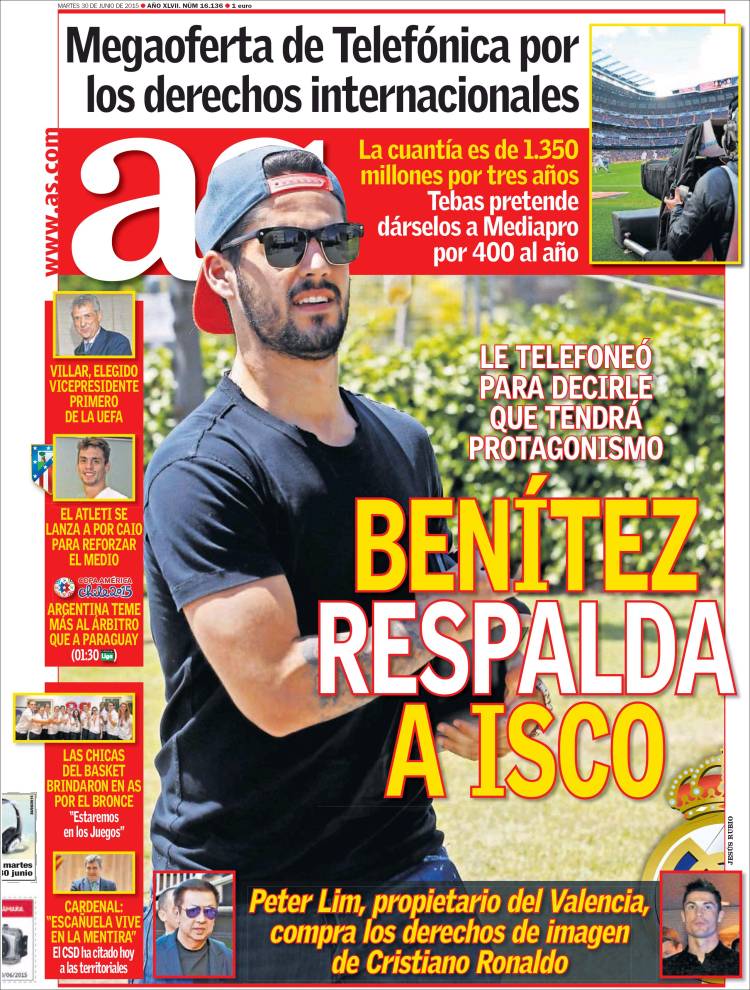 He phoned him to tell him that he will be an important player.

Atletico launch bid for Caio to strengthen the middle 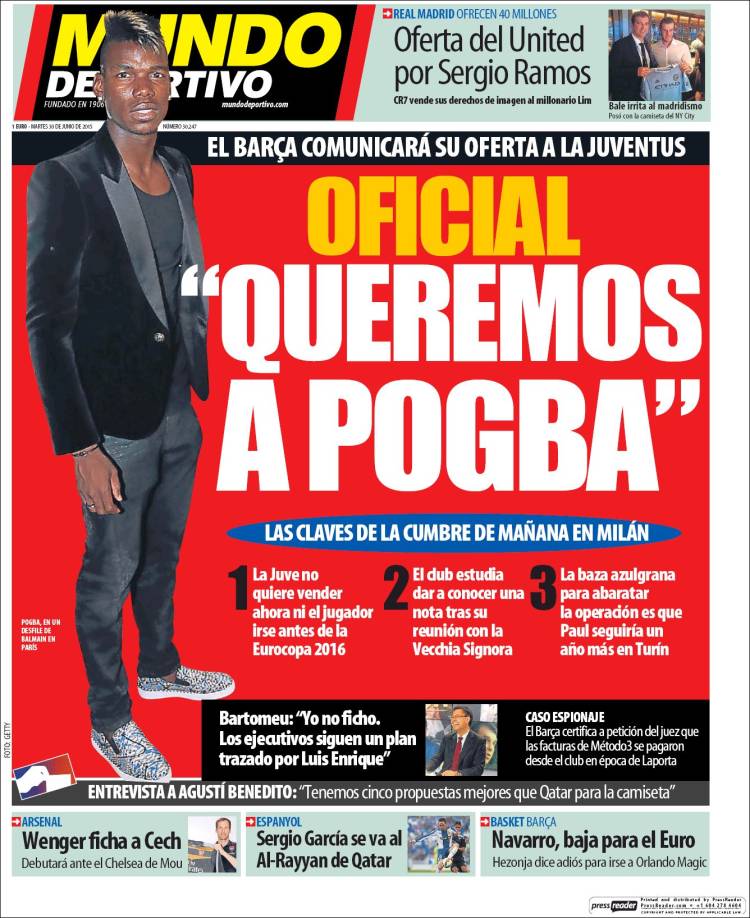 Barca will make their offer to Juventus

The keys to the talks tomorrow in Milan:

1. Juve don't want to sell now and neither does the player want to leave before Euro 2016.

2. The club consider making the result of their meeting with the Old Lady public.

3. Barca could make the deal cheaper by suggesting Paul continues in Turin for one more year.