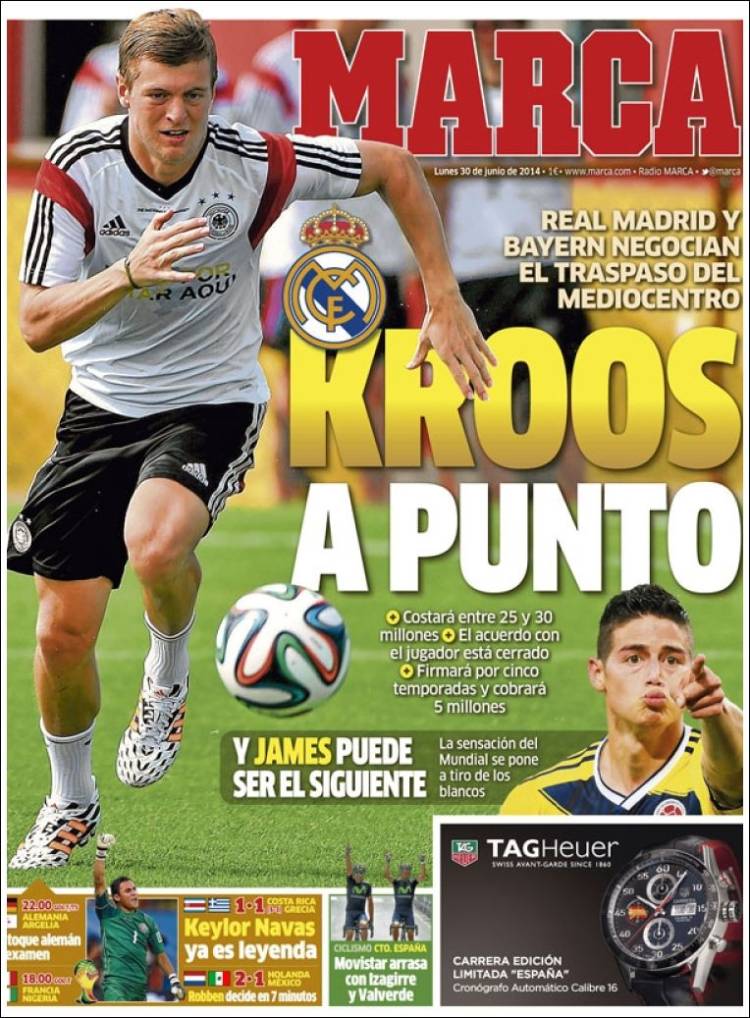 Kroos on the brink

Real Madrid and Bayern negotiate the transfer of the midfielder

The agreement with the player is done

He will sign for five seasons and will earn €5m

The World Cup sensation gets a shot at Los Blancos

Keylor Navas is a legend

The German touch to be examined 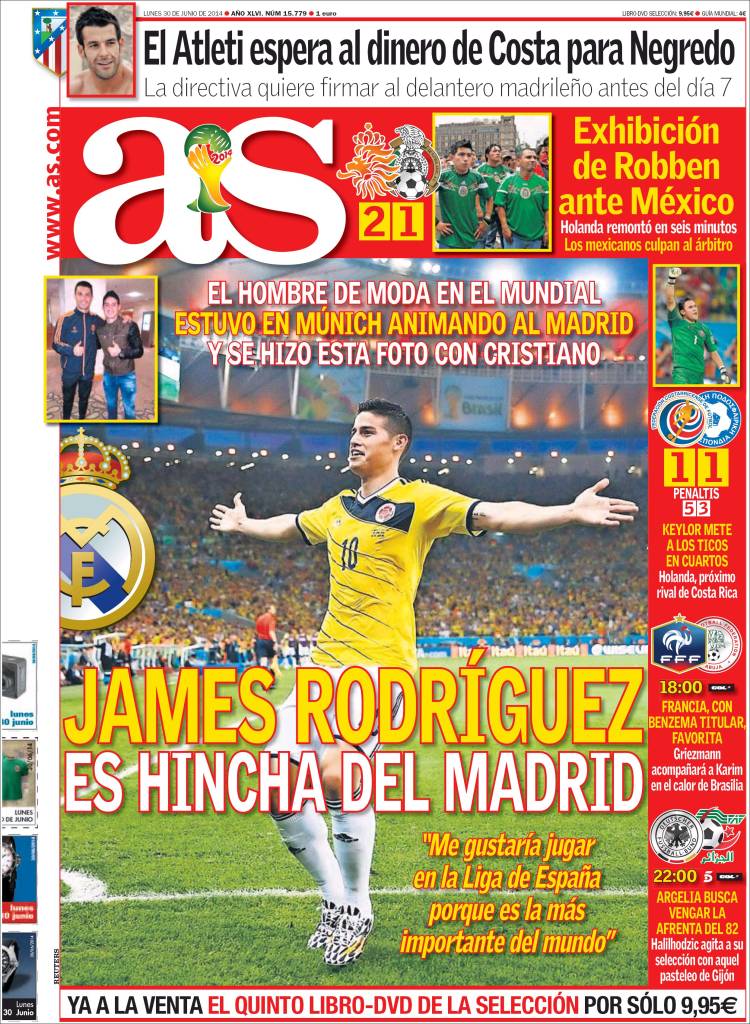 James Rodriguez is a fan of Madrid

A Robben exhibition against Mexico

Holland come back in six minutes

The Mexicans blame the referee

Holland the next rival for Costa Rica

Algeria look for revenge for 82

Halihodzic pumps his team up with the story of Gijon

Atleti wait for the money from Costa to sign Negredo 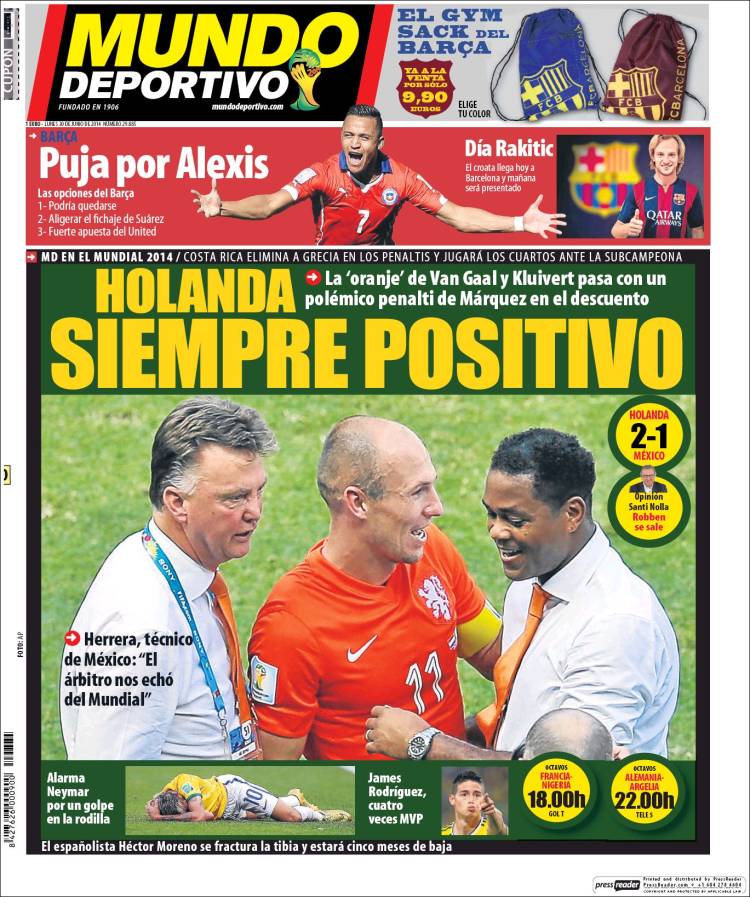 Herrera, manager of Mexico: ‘The referee knocked us out of the World Cup’

Barca's options are 1. He could stay 2. He could ease the Suarez deal 3. Strong interest from United

The Croatian arrives today in Barcelona and will be presented tomorrow

Neymar on alert after a blow to the knee