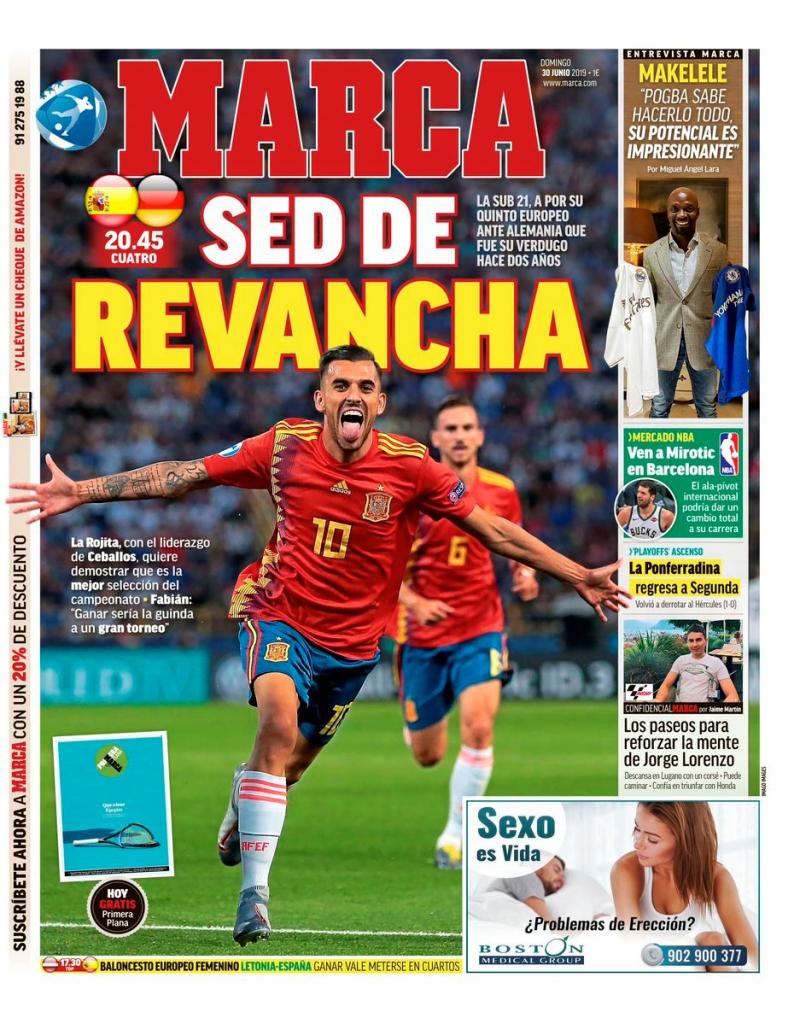 Under-21s go for fifth European title against Germany, who defeated them two years ago

Makelele: 'Pogba knows how to do everything, his potential is impressive'

Ponferradina return to the second tier 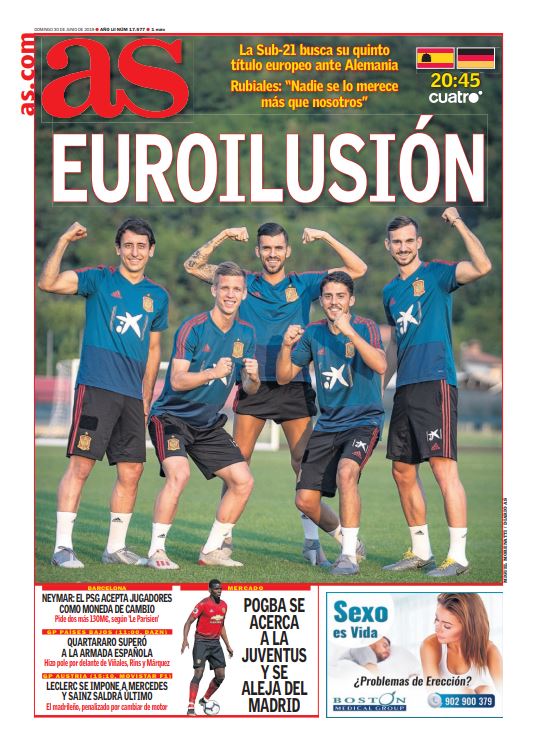 The Under-21s look for their fifth title against Germany

PSG will accept players as currency for Neymar

Pogba closer to Juve, moves away from Madrid 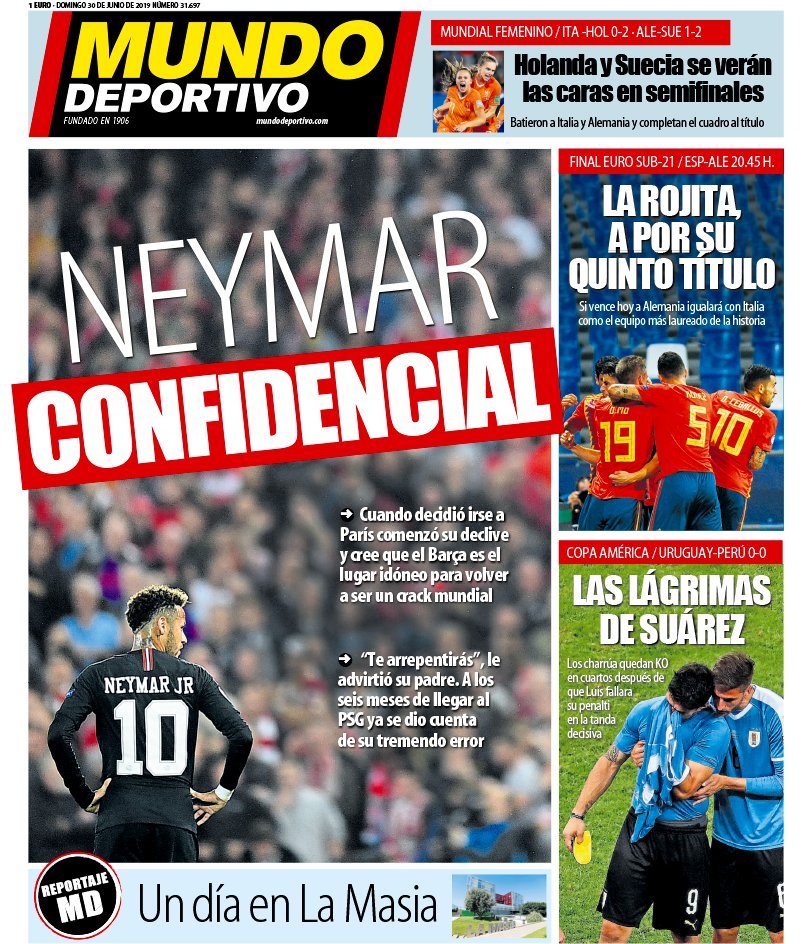 He believes he started to decline when he moved to Paris and Barcelona will improve him again, "You will regret it" - his father warned him 6 months after

The tears of Suarez

A day in La Masia