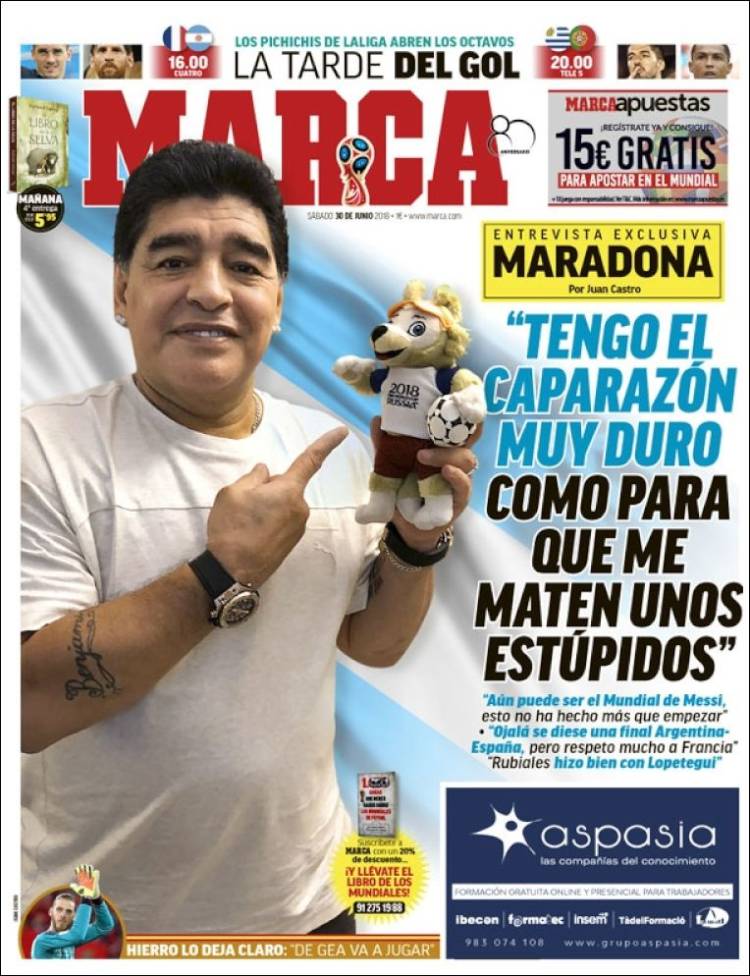 "I have a very tough shell to kill some stupid people"

"It can still be Messi's World Cup, it's only just begun"

"Hopefully it'll be an Argentina-Spain Final, but I have a lot of respect for France"

"Rubiales did the right thing with Lopetegui" 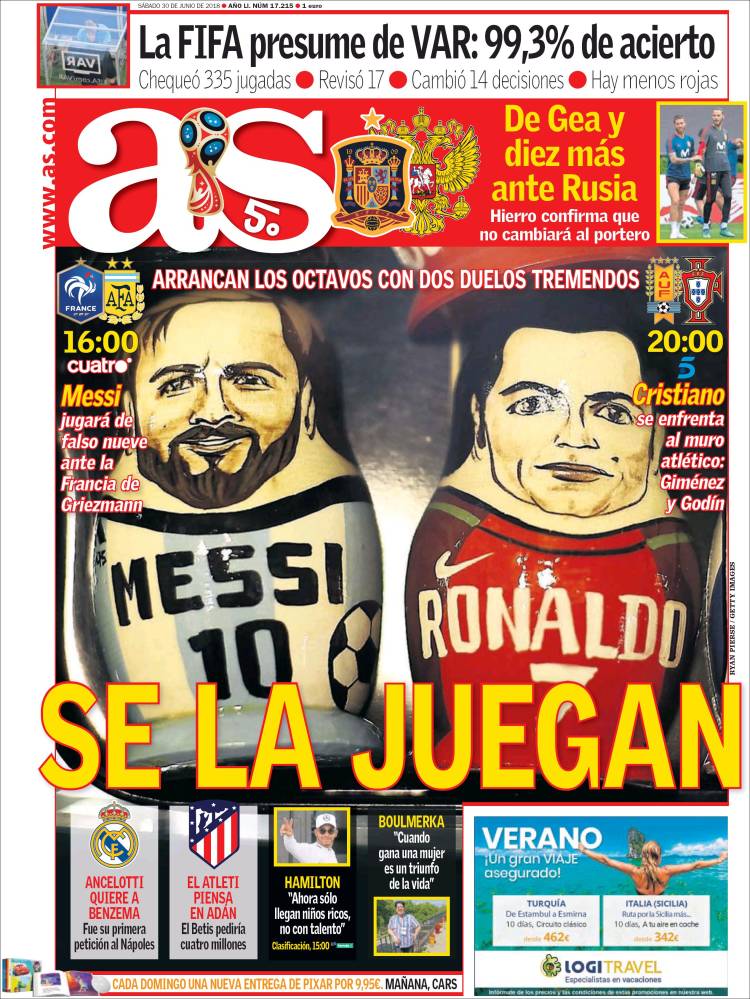 It checked out 335 incidents, revised 17 of them, changed 14 decisions and there are less red cards

Messi will play as a false nine against Griezmann's France

They go for it

He was Ancelotti's first Napoli request 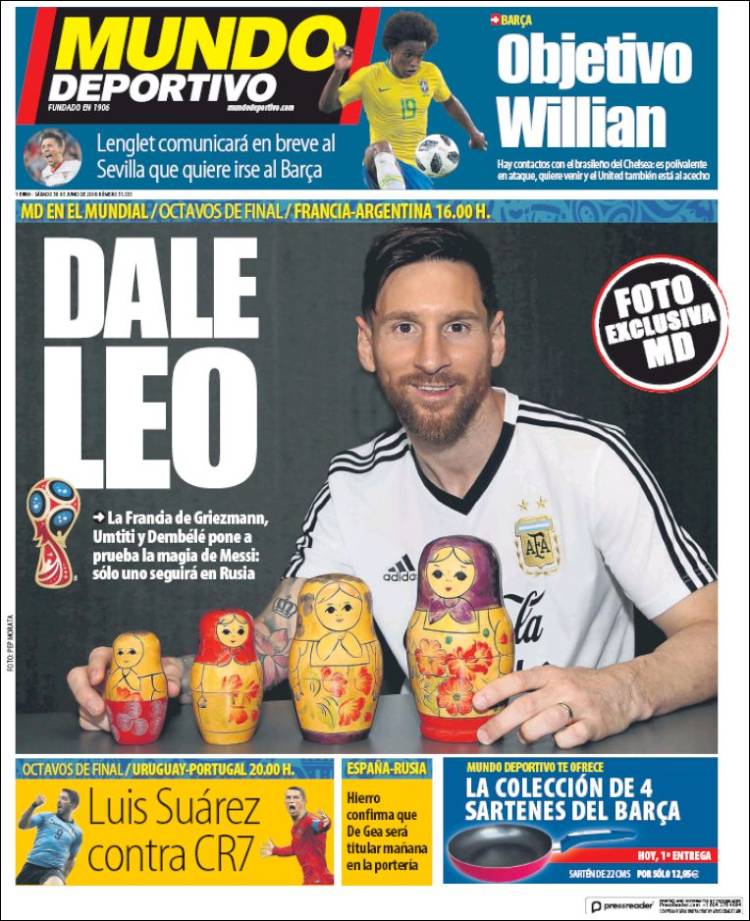 Lenglet will tell Sevilla shortly that he wants to join Barca

France, with Griezmann, Umtiti and Dembele, put Messi's magic to the test: only one will progress in Russia