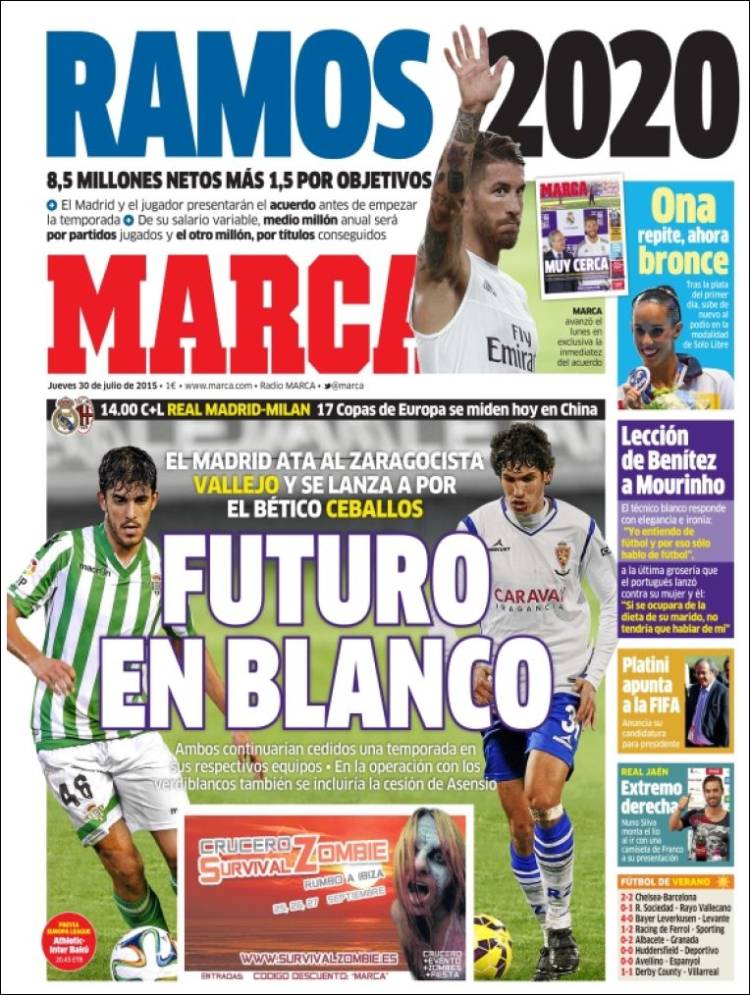 Of the variable salary, half a million will be for games played and another million, for titles won

The operation with Betis would also include the loan of Asensio

Lesson for Benitez to Mourinho

The Blanco Coach responds with elegance and irony…

“I understand football and I’ll only talk about football”

“She should be concerned about her husband’s diet, not talking about me”

Announces his candidacy to be President 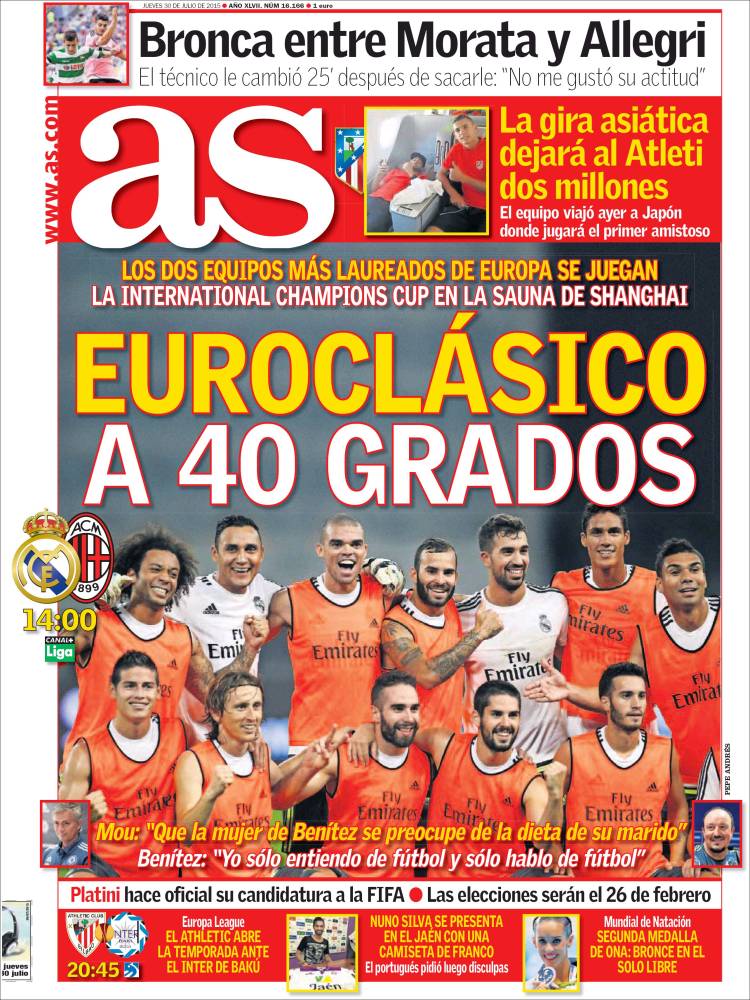 Row between Morata and Allegri

The Coach makes a change after 25 minutes: “I didn’t like his attitude”

The team yesterday travelled to Japan, where they play their first friendly

Mou: “Benitez’s wife should be concerned about her husband’s diet”

Benitez: “I only understand football and will only talk about football”

Platini makes official his FIFA candidacy - The election is February 26

The Portuguese then asked for forgiveness 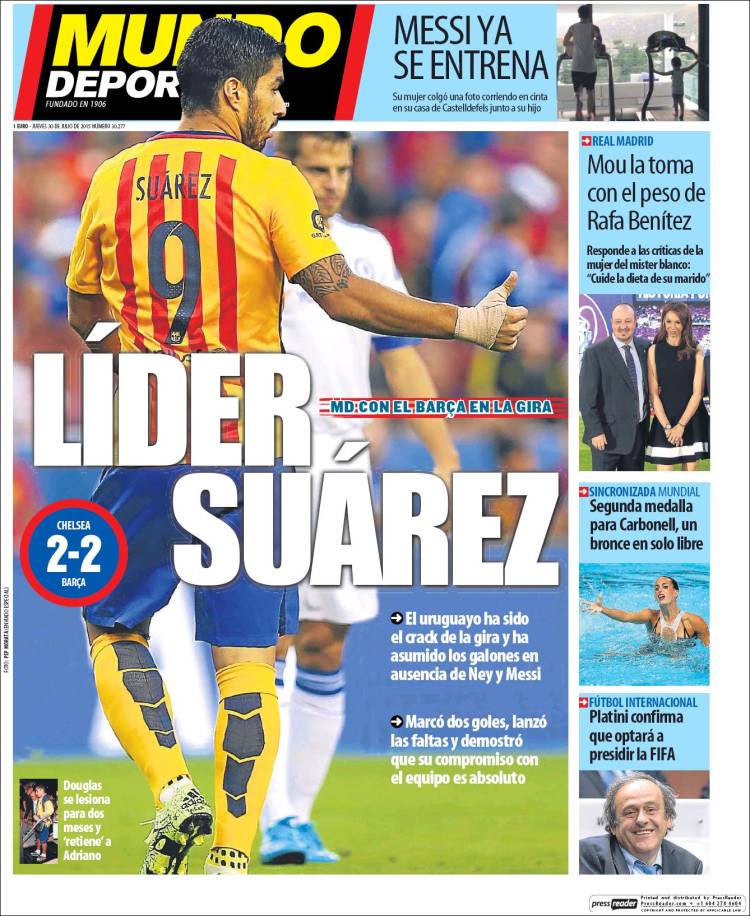 Scores two goals, gets rid of the misconduct and demonstrates his commitment to the team

Mou takes on the weight of Rafa Benitez

Responds to criticism from the wife of the Blanco Coach:

“Care about your husband’s diet”

Platini confirms he will seek the FIFA Presidency