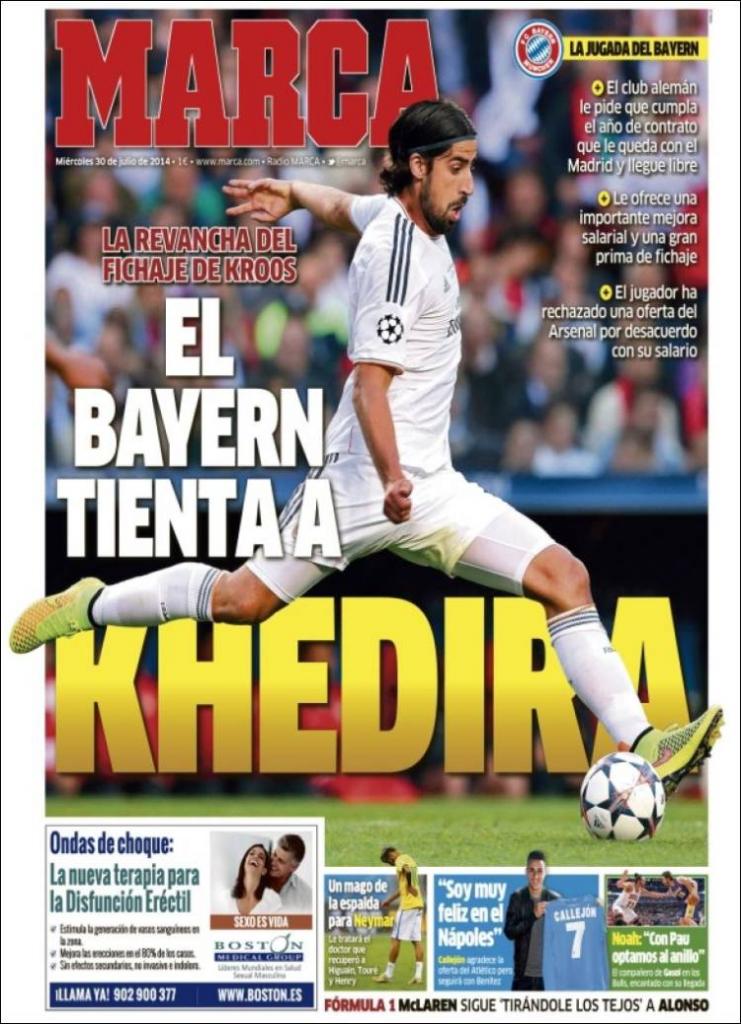 The retaliation of the Kroos signing

A back magician for Neymar

The doctor who helped Higuain, Toure and Henry will treat him

'I am very happy at Napoli 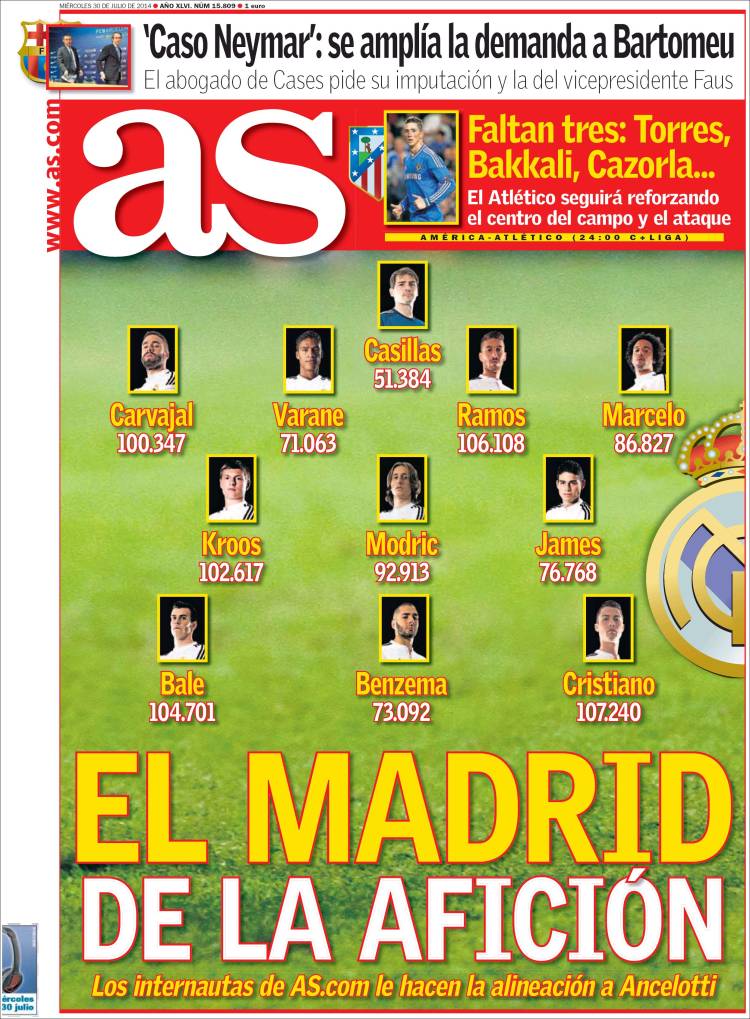 Three are missing: Torres, Bakkali, Cazorla...Atletico continue to reinforce the middle of the park and the attack 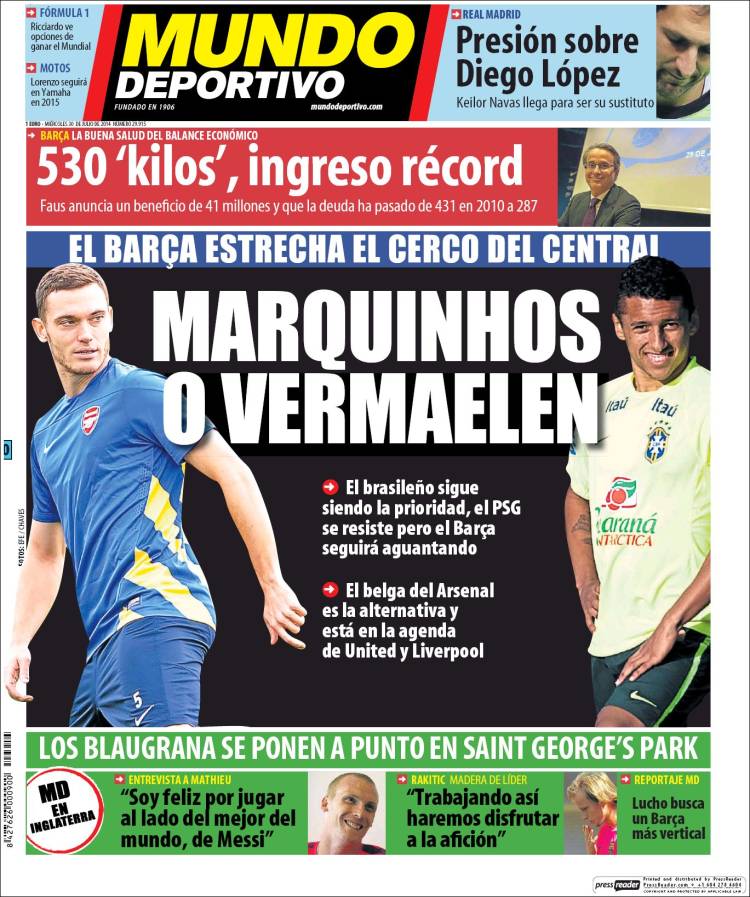 The Brazilian continues to be the priority, PSG resist but Barca keep going

Pressure on Diego Lopez. Keylor Navas arrives to be his replacement

Interview with Mathieu ' I am happy to play alongside the best in the world, Messi'

Rakitic: 'Working like this will make the fans happy'