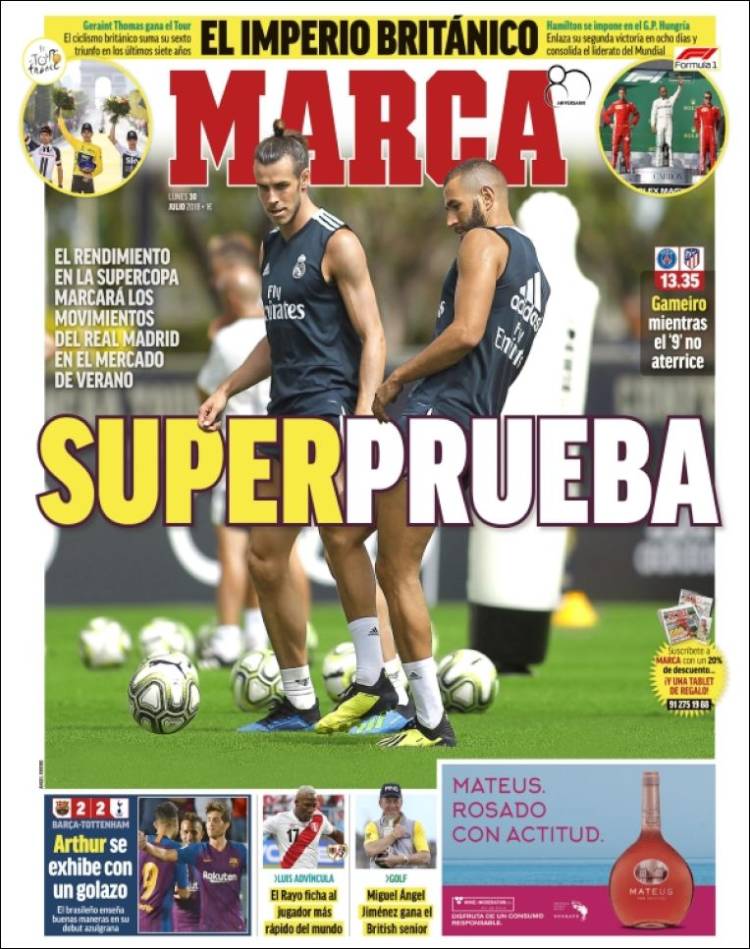 Performance in the Super Cup will dictate Madrid's transfer policy

Arthur performance with a great goal 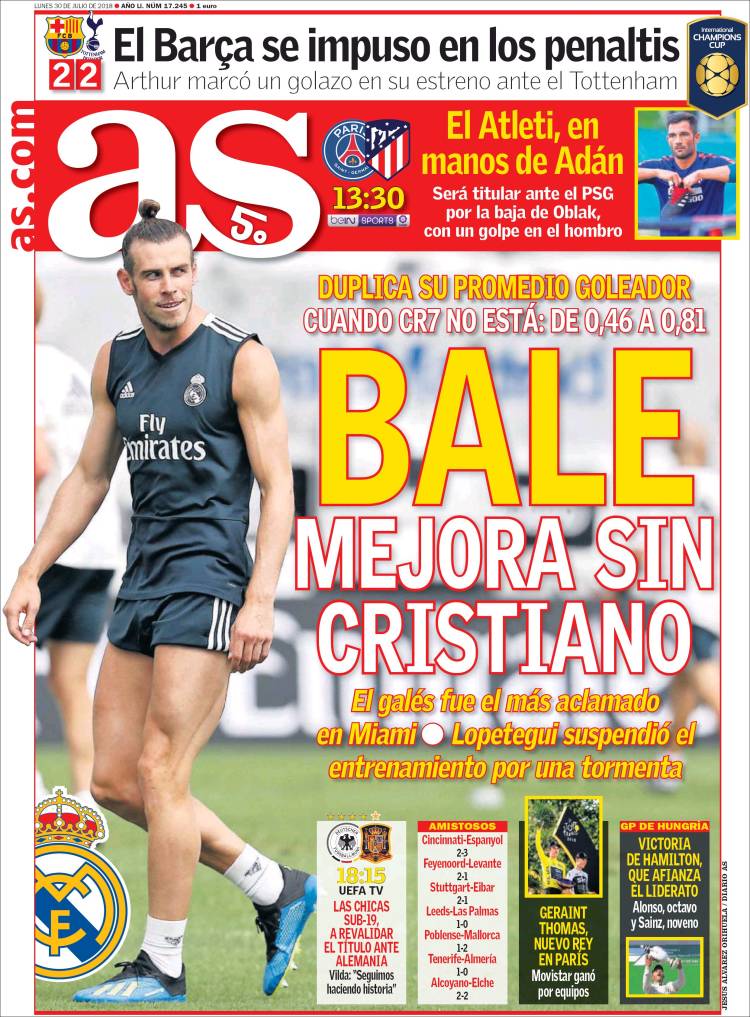 Better scoring rate (.86 to .41) when not playing with Ronaldo

Training suspended after a storm

Atleti, in Adan's hands - will play against PSG in Oblak absence 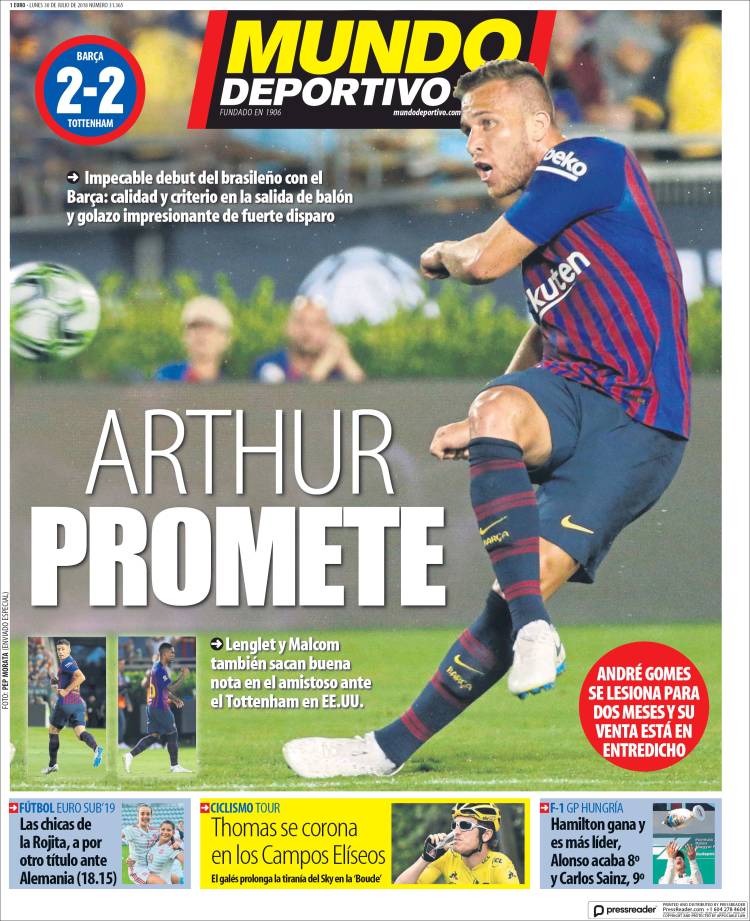 Lenglet and Malcom also on show against Spurs in the US

Andre Gomes out for two months and sale in doubt