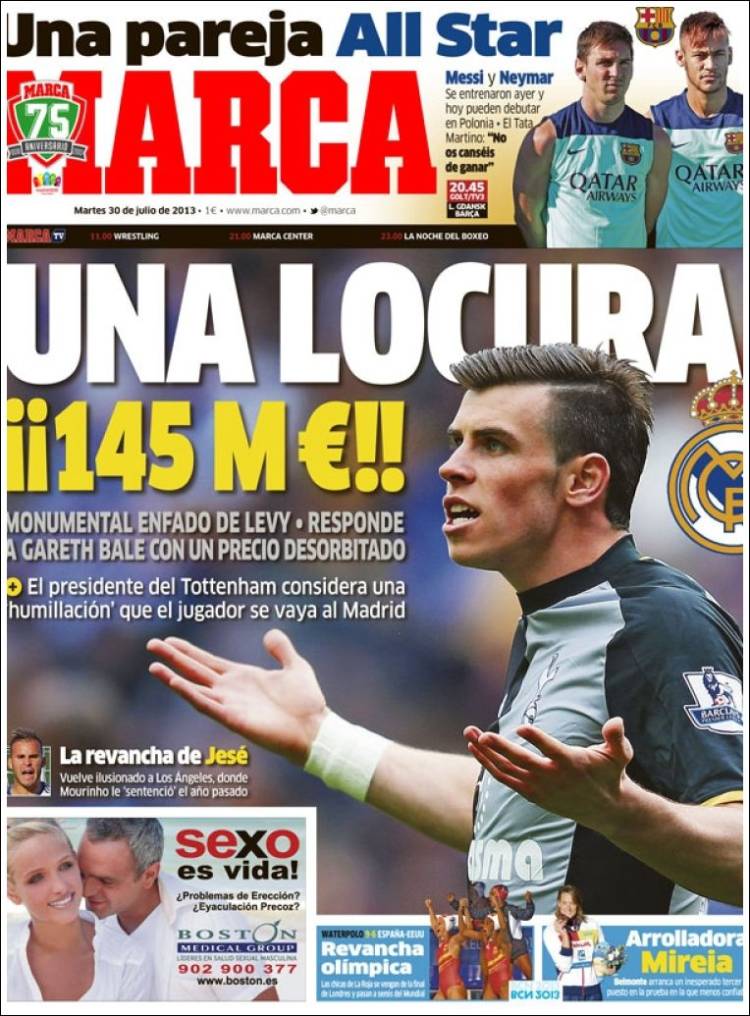 He returns to Los Angeles and so does his dream of playing first team football, where last year Mourinho sentenced him to the B team

Tata Martino: "You cannot rest when you want to win" 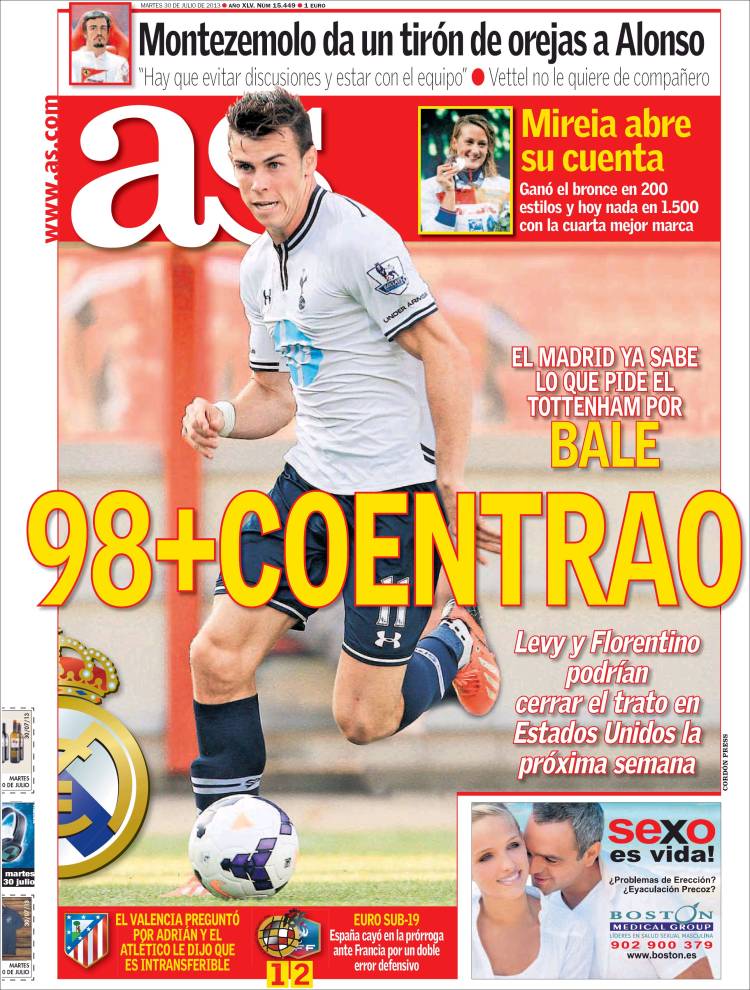 Madrid already knows what Tottenham are asking for Bale

European Under 19 Championship: Spain fall in injury time against France after a double defensive error

She wins bronze in the 200m freestyle and today the 1500m

Montezemolo gives Alonso a tug by the ears

"We must avoid arguments and be a team"

Vettel does not want a teammate 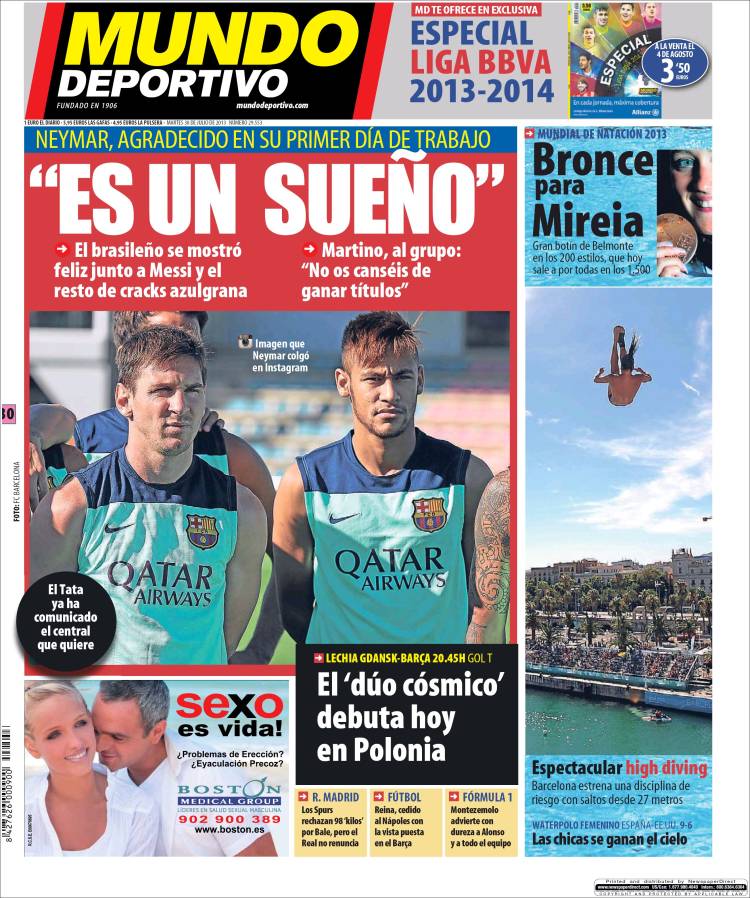 Neymar grateful for his first day of training

Martino, to the group: "You can never rest if you want to win titles"

Real Madrid: Spurs reject Madrid's €98 million for Bale but do not give up

Football: Reina goes to Napoli with the view of returning to Barca

Formula 1: Montezemolo warns Alonso and the rest of the team

Bronze for Mireia: A great race by Belmonte in the 200m freestyle and today the 1500m

Barcelona trains a young diver who risked diving from 27 metres

Waterpolo: The girls win in the sky