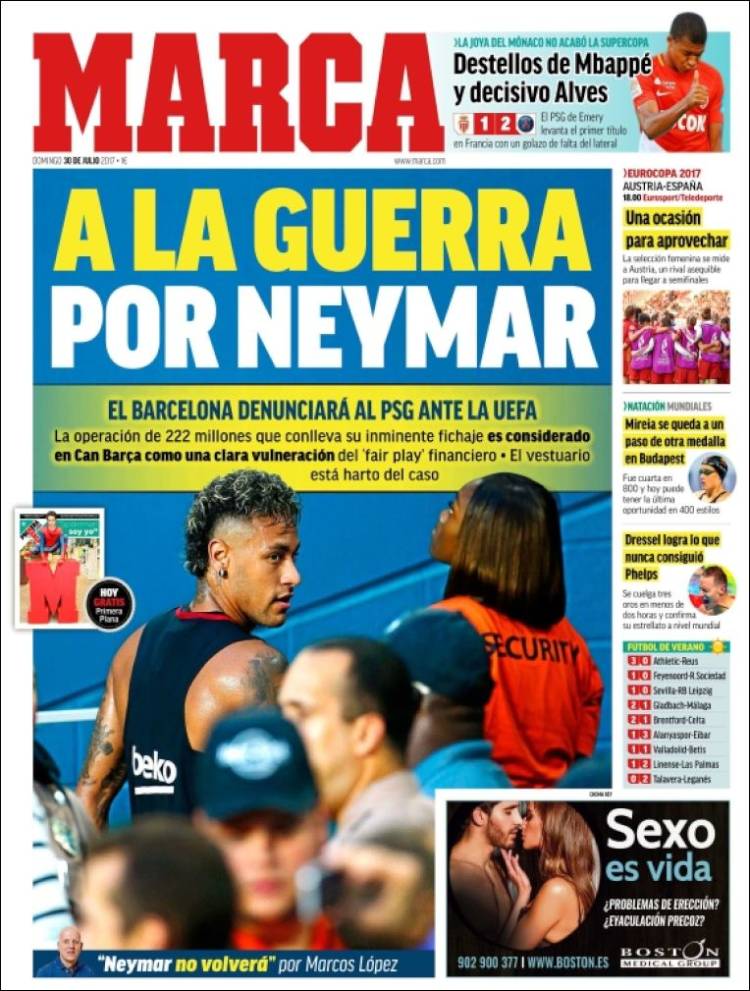 They go to war

Barcelona will report PSG to UEFA

Monaco’s jewel did not finish the French Super Cup

Flashes of Mbappe, but Alves decisive

A chance to take advantage 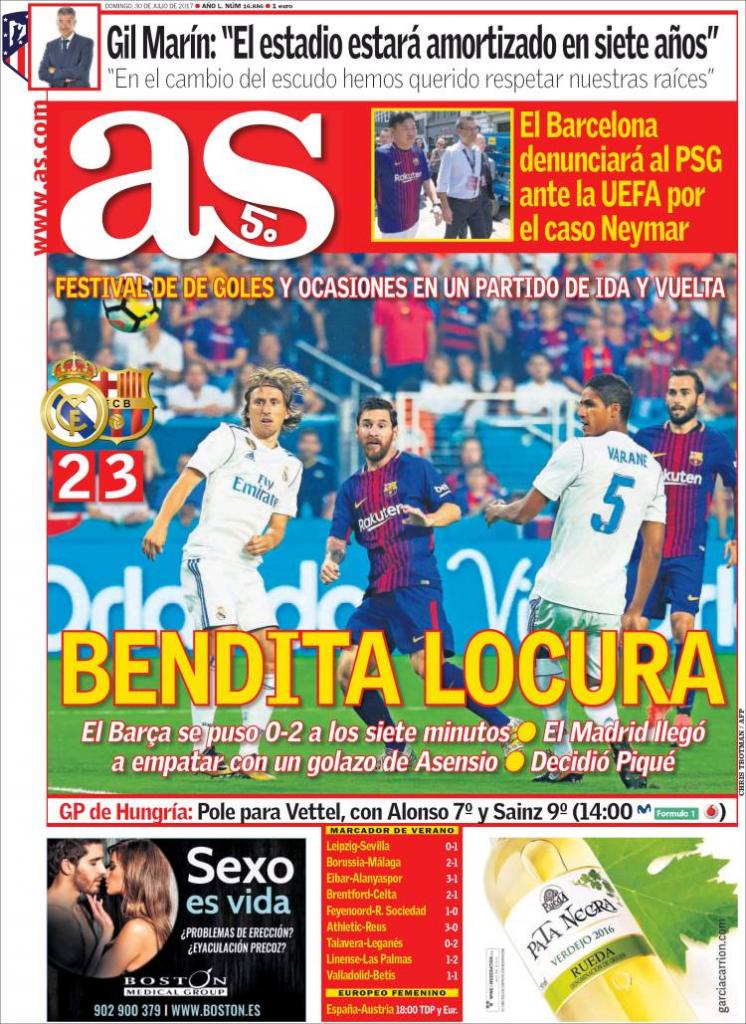 Festival of goals and chances in an end-to-end match

Barcelona will report PSG to UEFA for the case of Neymar

Gil Marin: “The stadium will be paid off in seven years” 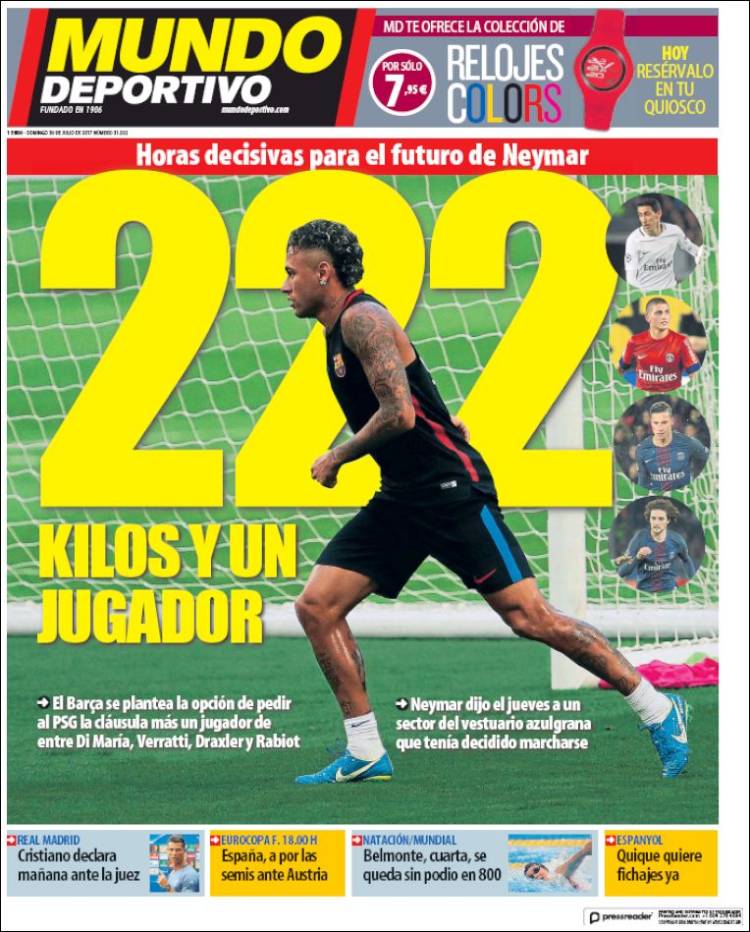 Decisive hours in the future of Neymar

Cristiano will stand before a judge tomorrow

Spain, going for the semis against Austria