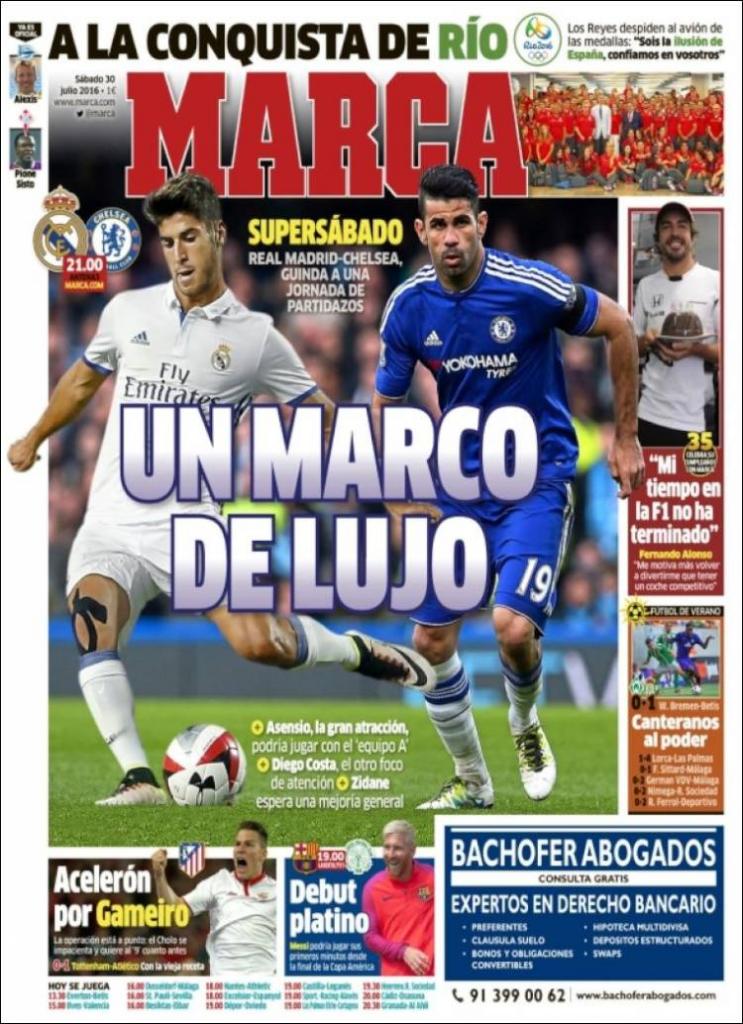 A mark of luxury

Real Madrid-Chelsea, caps off a day of great games

Asensio, the big attraction, could play with the ‘A-Team’

Diego Costa, the other focus

Tottenham 0-1 Atletico, with the old recipe

Messi could play his first minutes since the Copa America final 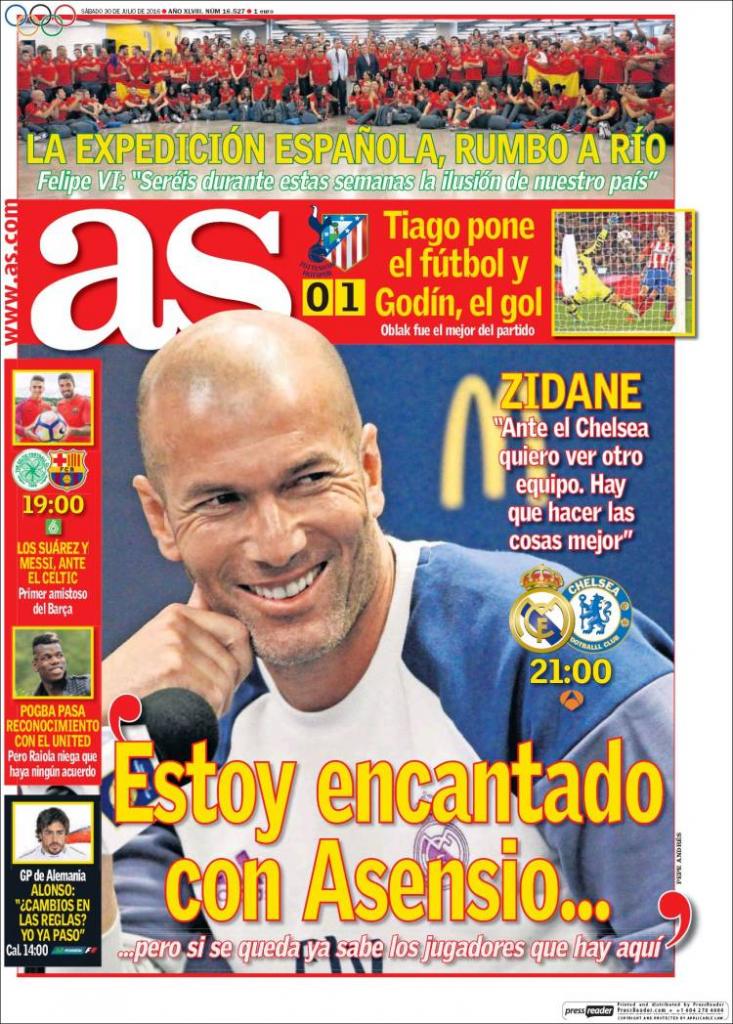 “Against Chelsea, I want to see another team. We must do better”

Tiago puts in the football and Godin, the goal

Oblak was man of the match

Suarez and Messi, against Celtic

But Raiola denies any agreement 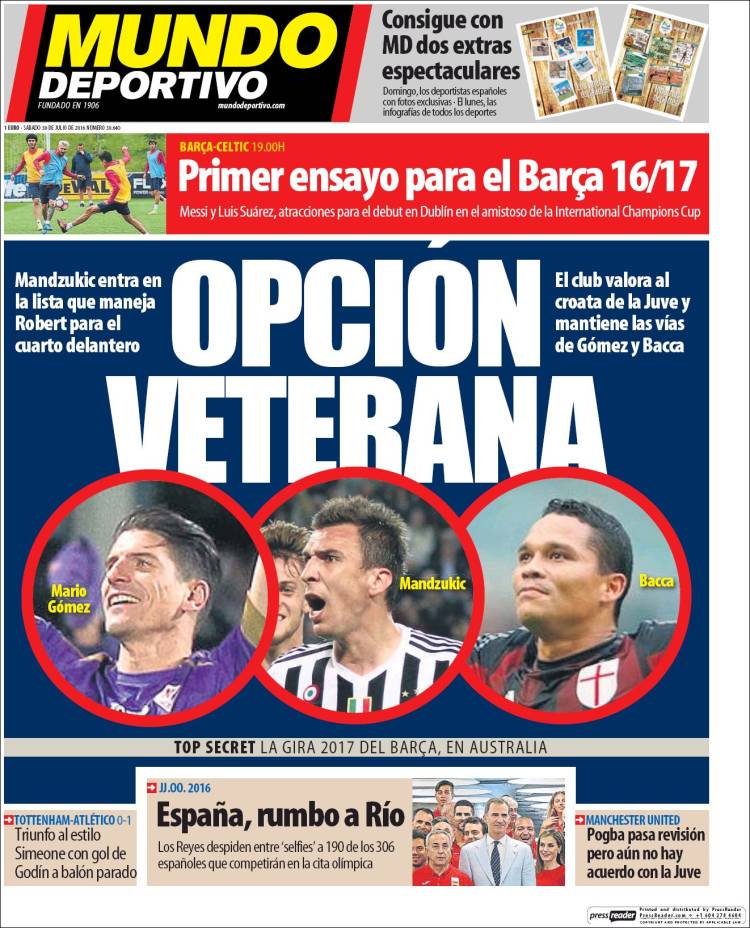 Messi and Luis Suarez, attractions in the Dublin debut for the International Champions Cup friendly

Simeone-style victory, with a set-piece goal from Godin

Pogba passes medical but still no agreement with Juve