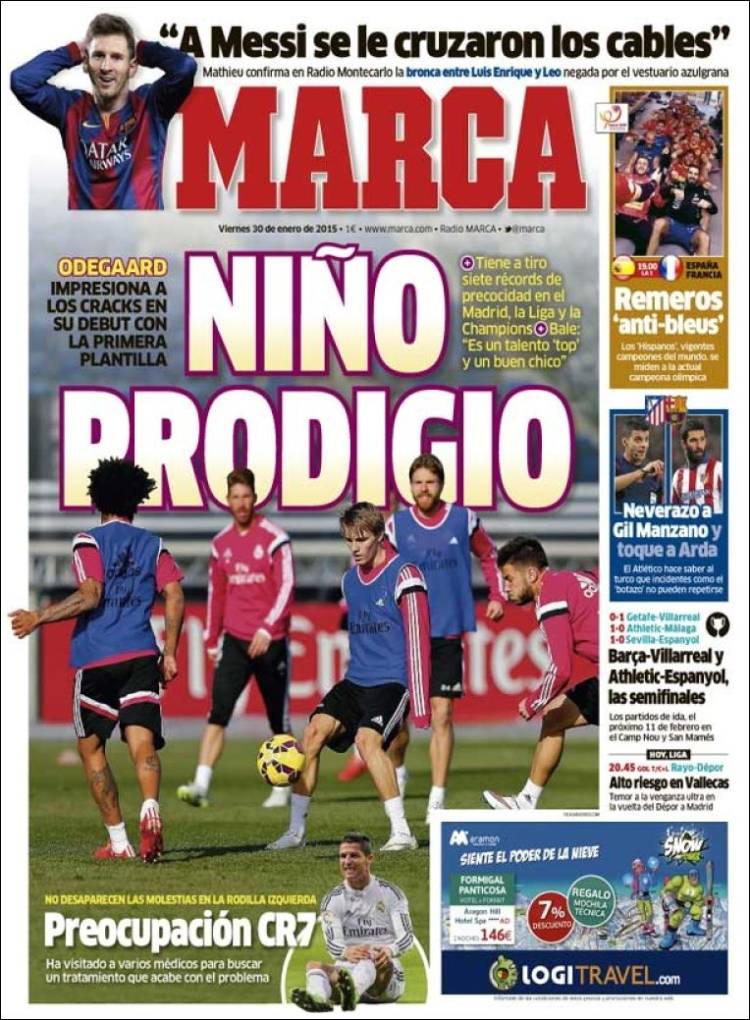 He has a shot at seven records for a youngster in Madrid, La Liga and the Champions League

Worry over CR7: the discomfort in his left knee has not disappeared: he has visited several doctors to find treatment to end the problem

“He and Messi crossed wires”: Mathieu confirms to Radio Montecarlo the spat between Luis Enrique and Leo that was denied by the Blaugrana dressing room

Coldness towards Gil Manzano and Arda told off: Atletico have let the Turk know that incidents like the ‘boot throw’ cannot be repeated

High risk in Vallecas: there is a fear of Ultra revenge on Depor’s return to Madrid 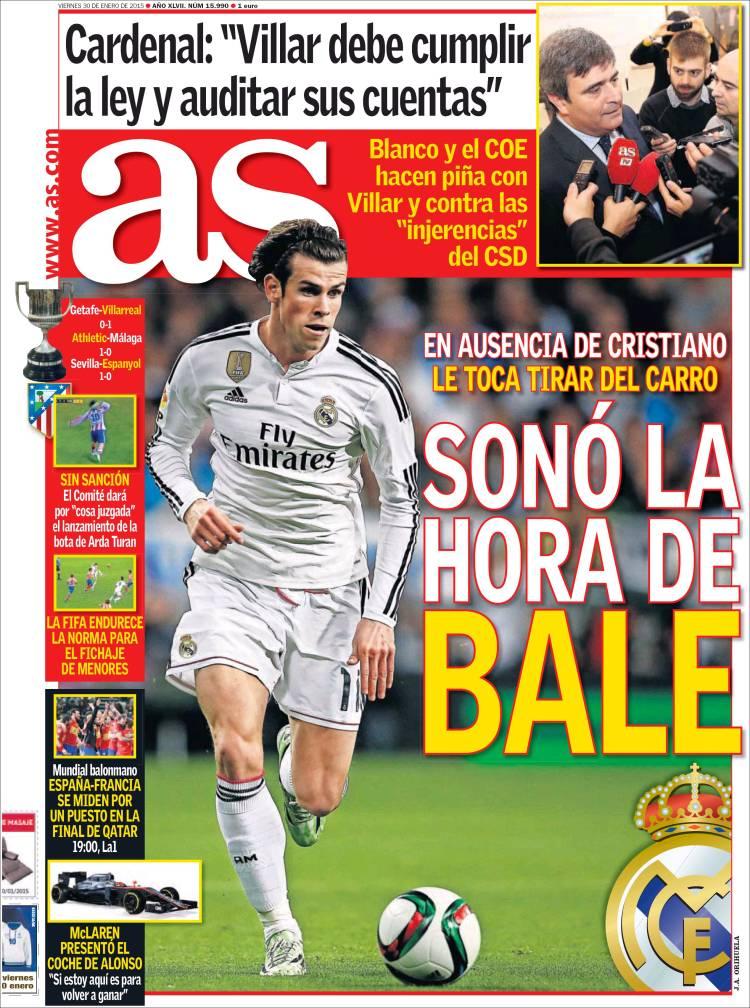 In Cristiano’s absence he has to become the leader

Cardenal: “Villar must obey the law and audit his accounts”

Without sanction: the Committee will rule it a “judged case” on the throwing of Arda Turan’s boot

FIFA tighten the rules over the signing of youngsters 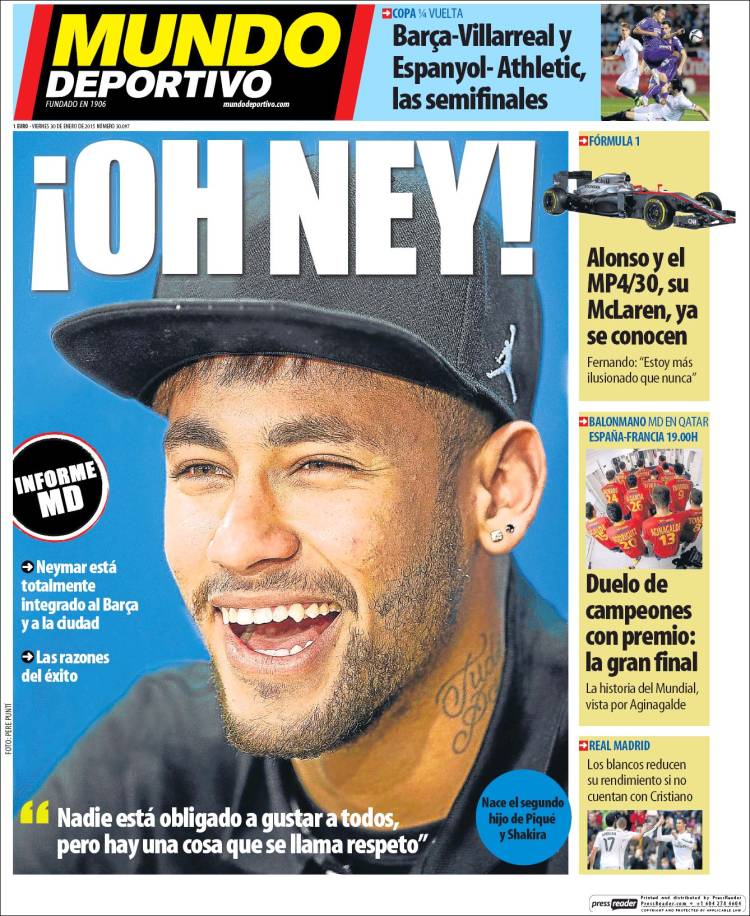 Neymar is totally integrated in Barca and the city

The reasons for success

“Nobody is forced to like everyone, but there is a thing called respect”