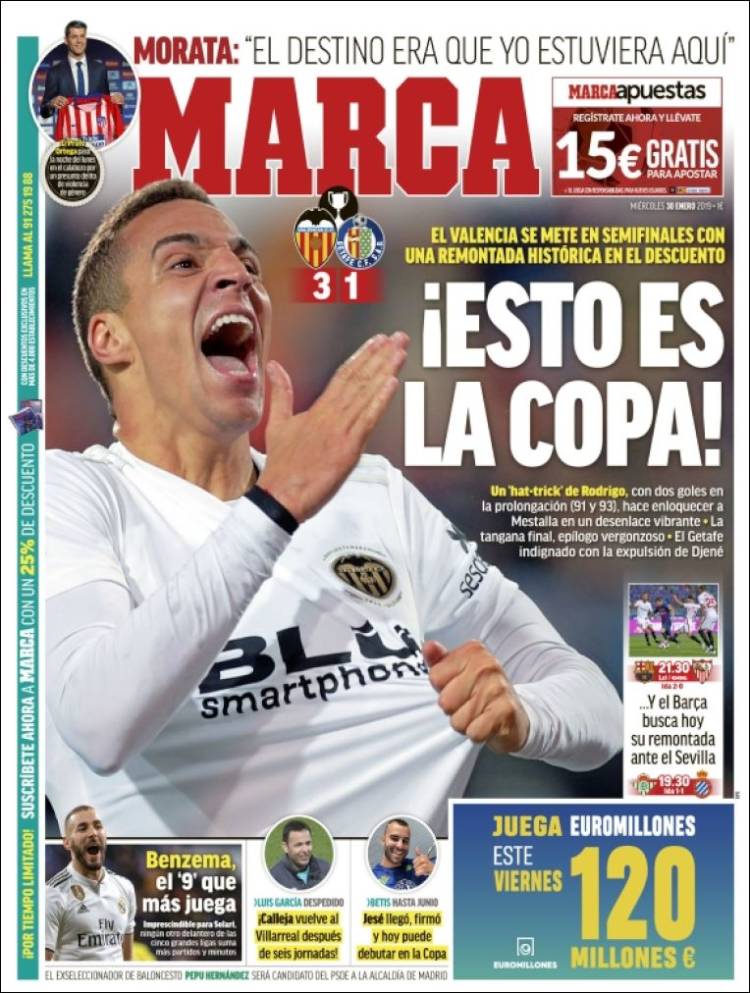 This is the Copa!

Valencia reach the semi-finals with a historic comeback, Rodrigo hat-trick, goals in the 91st and 93rd minute, Getafe anger at Djene red card

Morata: "My destiny was to be here"

Benzema, the 9 that plays the most

Calleja returns to Villarreal after 6 games

Jese arrives, signing today for Betis, to play in the Copa 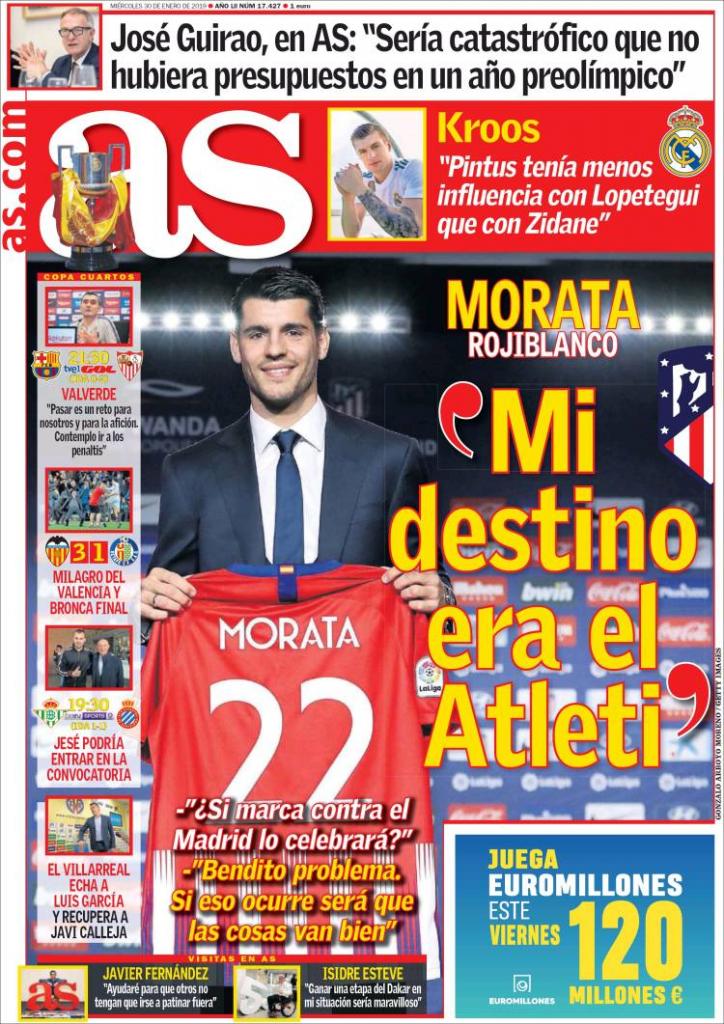 "My destiny is to be at Atleti"

Morata on scoring against Madrid: "A blessed problem. If that happens its because things are going well"

Kroos: "Pintus had less influence with Lopetegui than with Zidane"

Jese to be made official in an announcement 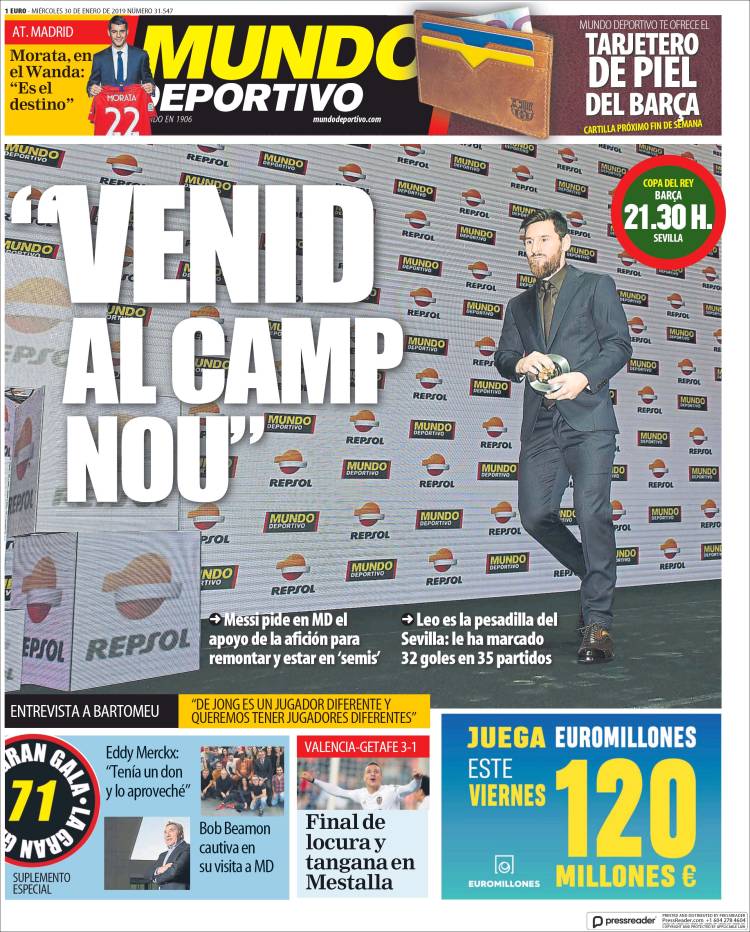 "Come to the Camp Nou"

Has scored 32 goals in 35 games against Sevilla

Morata at the Wanda: This is destiny

Crazy and commotional end at Mestalla