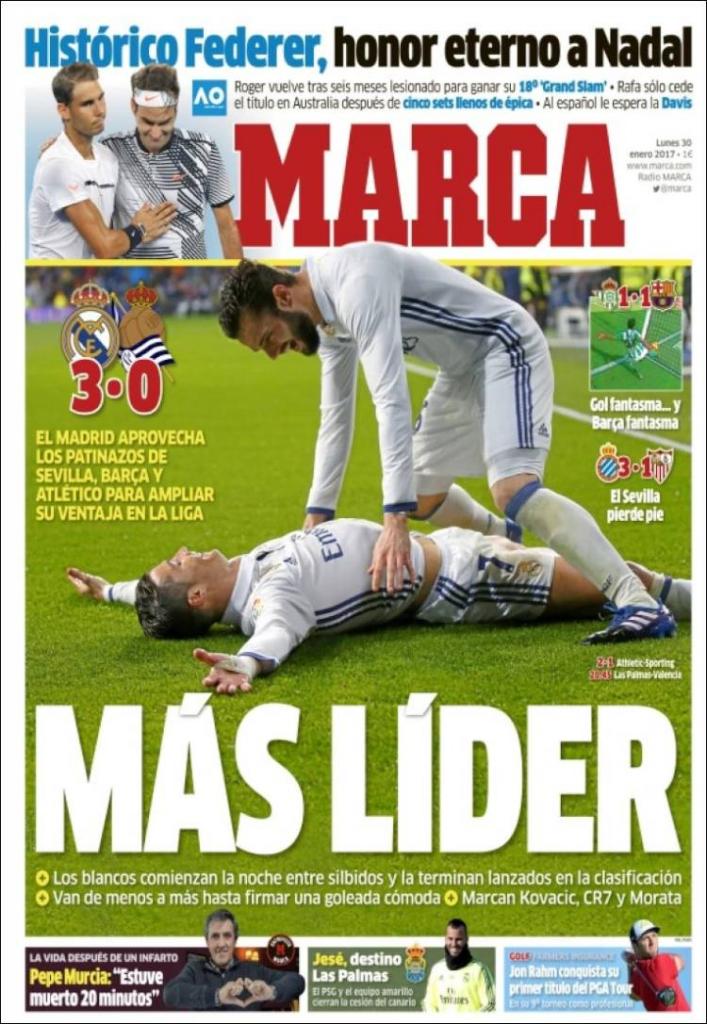 Goals from Kovacic, Cristiano and Morata

Jese - destined for Las Palmas - they reach agreement with PSG 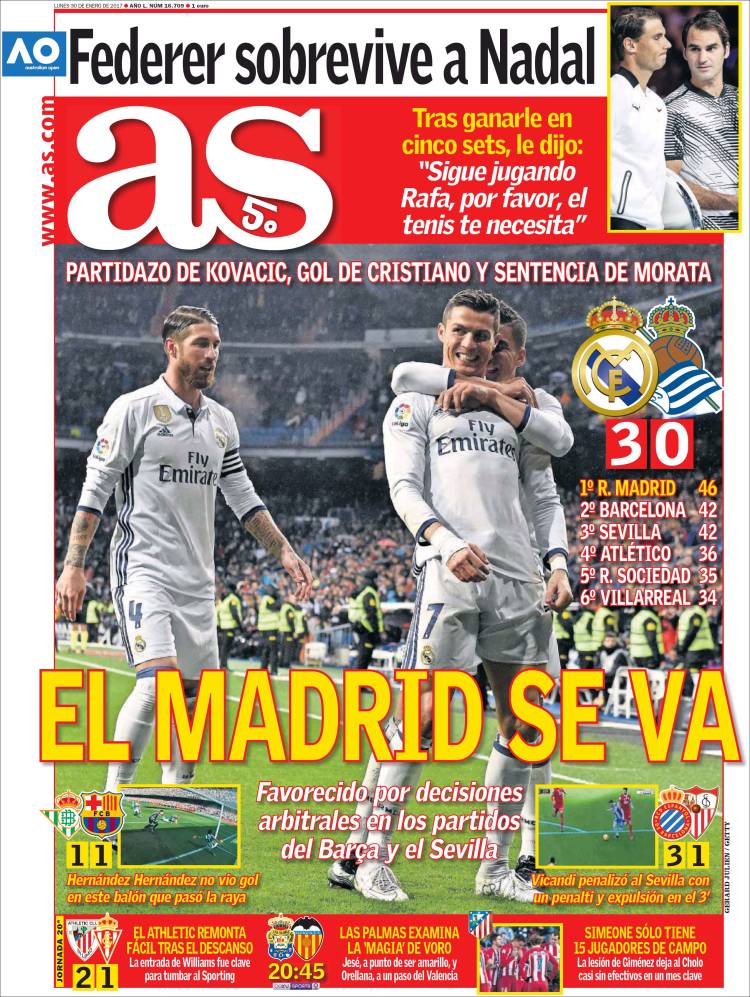 Great game by Kovacic, a Cristiano goal and judgement by Morata

Fortunate refereeing decisions in the games of Barcelona and Sevilla

Las Palmas will examine Voro's 'magic' - Jese could sign for Las Palmas and Orellana, for Valencia 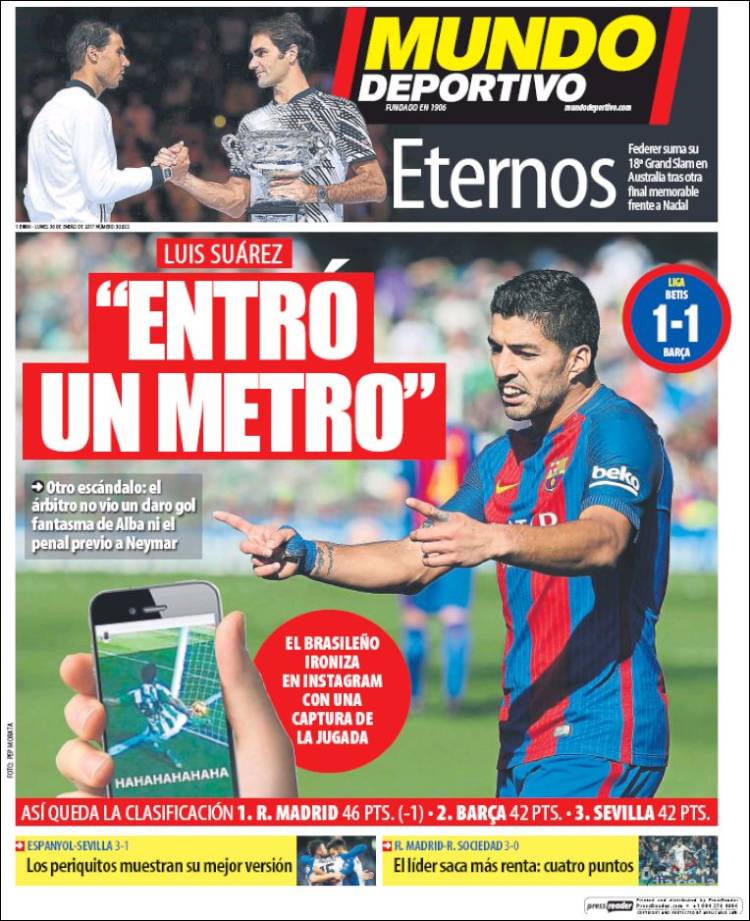 "One metre over the line"

The leaders get more of a lead - four points now