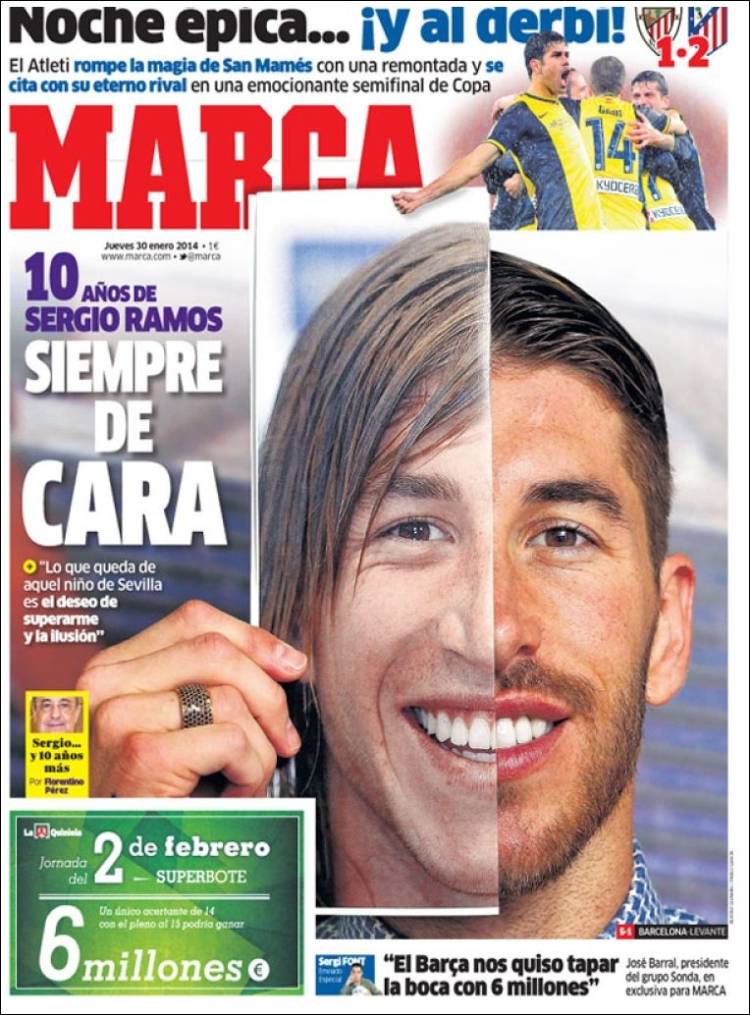 The face has not changed

"Barca wanted to keep us quiet for €6m," Jose Barral, the president of Sonda. 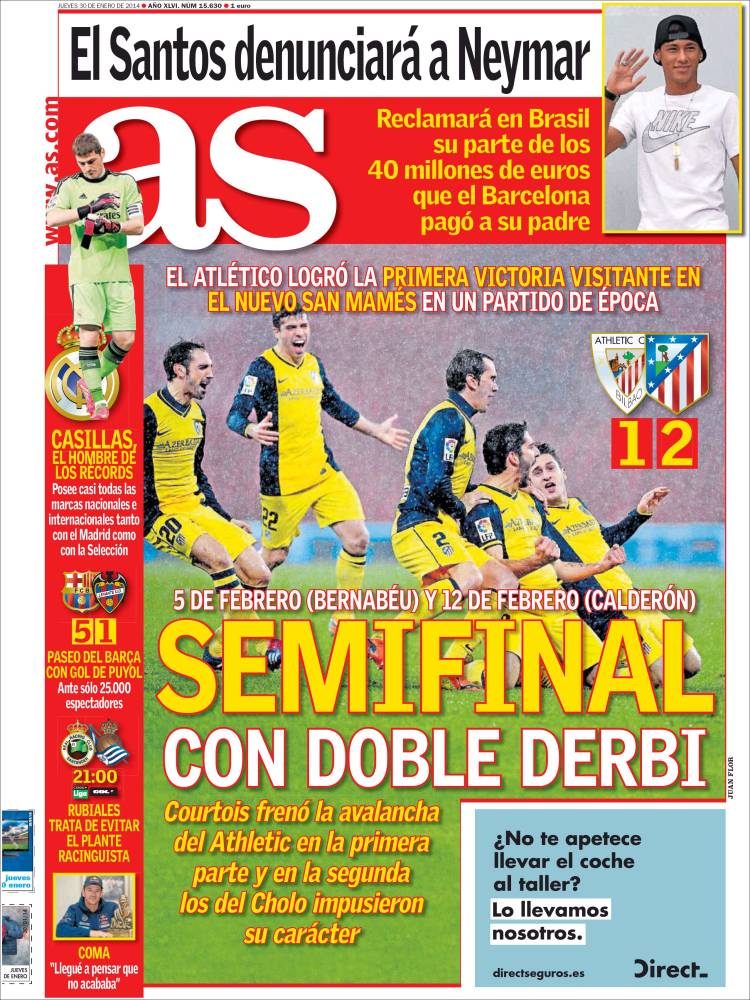 Casillas, a man of records

He has almost all the national and international records

Barca progress and Puyol scores in front of only 25000 fans

Rubiales is trying to avoid more anguish amongst the Racing fans 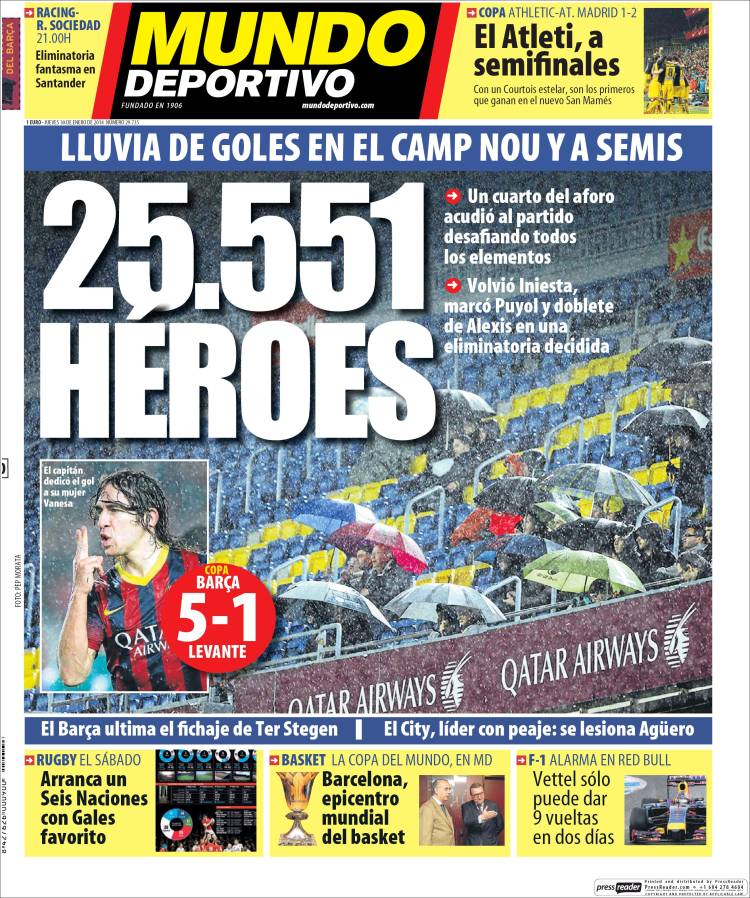 A rain of goals at Camp Nou

Iniesta returned, Puyol scored and Alexis got a double

Puyol dedicated his goal to his wife, Vanesa

City go to the top but at a cost: Sergio Aguero picks up an injury

Atleti in the semi-finals

With Courtois shining, they become the first team to win at the new San Mames

Rugby: Six nations kicks off with Wales the favourites

Barcleona, the epicentre of world basketball