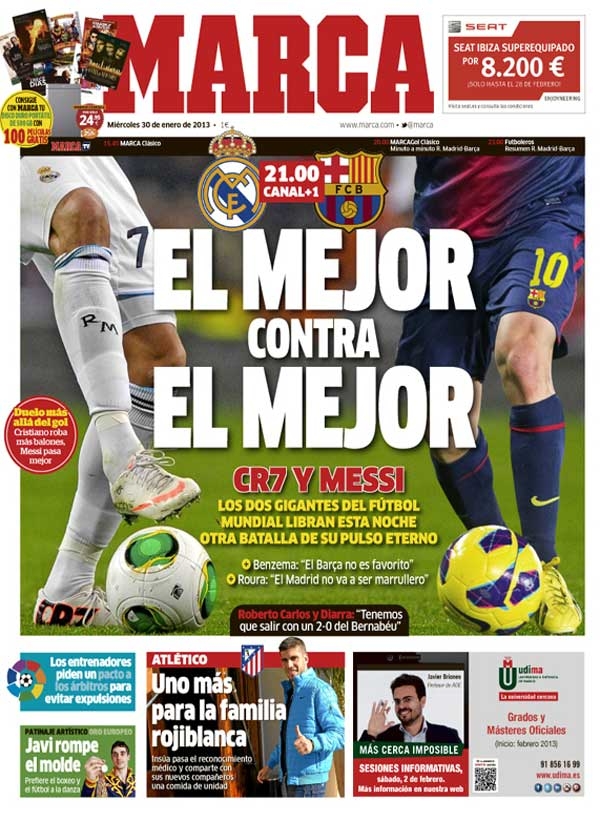 The best against the best

Benzema: “Barca are not favourites”

Roura: “Madrid will not be easy”

Roberto Carlos and Diarra: “We have to come out with a 2-0 win at the Bernabeu”

Atletico: One more for the Rojiblanco family as Insua passes his medical and joins his new teammates for a meal 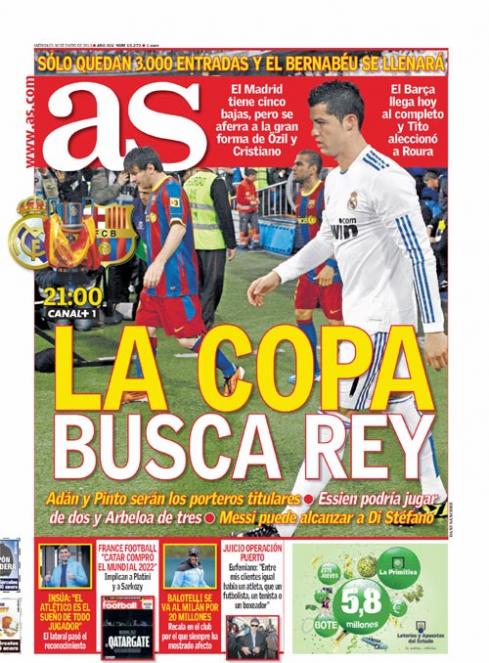 Search for a king in the Copa

Adan and Pinto will start, Essien could play and Arbeloa too, Messi could surpass Di Stefano

Only 3000 tickets remaining for the bernabeu to sell out

Madrid have five players out, but hope remains with Ozil and Cristiano in fine form

Barca arrive with full squad and Tito to instruct Roura

Insua: "Atletico is a dream for every player"

Balotelli goes to Milan for 20 million, joins the team he has always shown affection for

Trial of operation puerto, Eufemiano: "Between my clients I had an athlete, a footballer, a tennis player and a boxer" 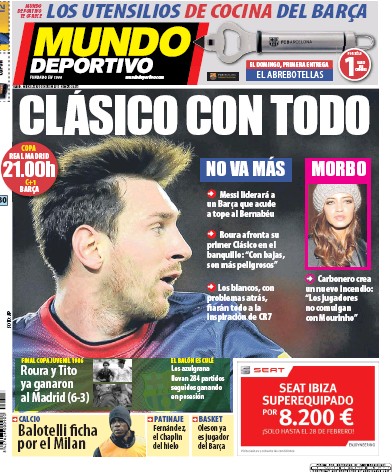 Messi to lead Barca at the Beranbeu

Roura faces his first Clasico on the bench: “With missing players they are even more dangerous”

Los Blancos, with problems already, will rely on CR7 for inspiration

Morbo, Carbonero starts a new fire: “The players do not communicate with Mourinho”

The ball is Cule: Los azulgrana now have gone 284 consecutive games with the majority of possession

Figure skating: Fernandez, the Chaplin of the ice