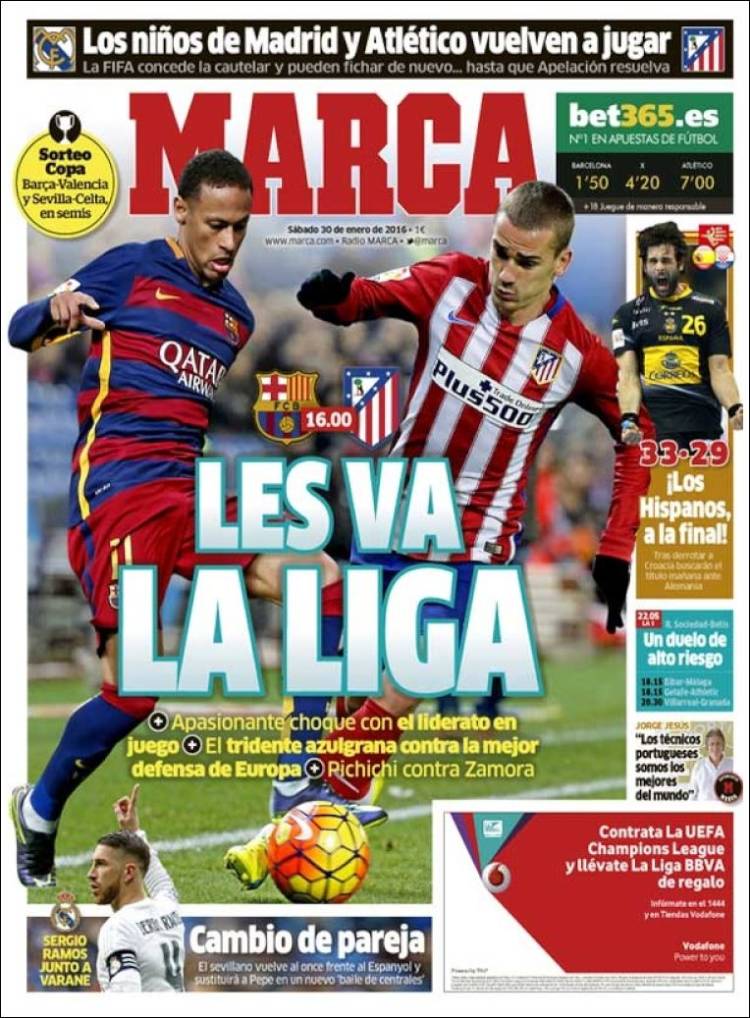 An exciting clash, with top spot up for grabs

Barca’s trident against the best defence in Europe

FIFA grants the injunction for them to sign again ... until their appeals are resolved

Barca -Valencia and Sevilla-Celta in semis

Jorge Jesus: “Portuguese Coaches are the best in the world” 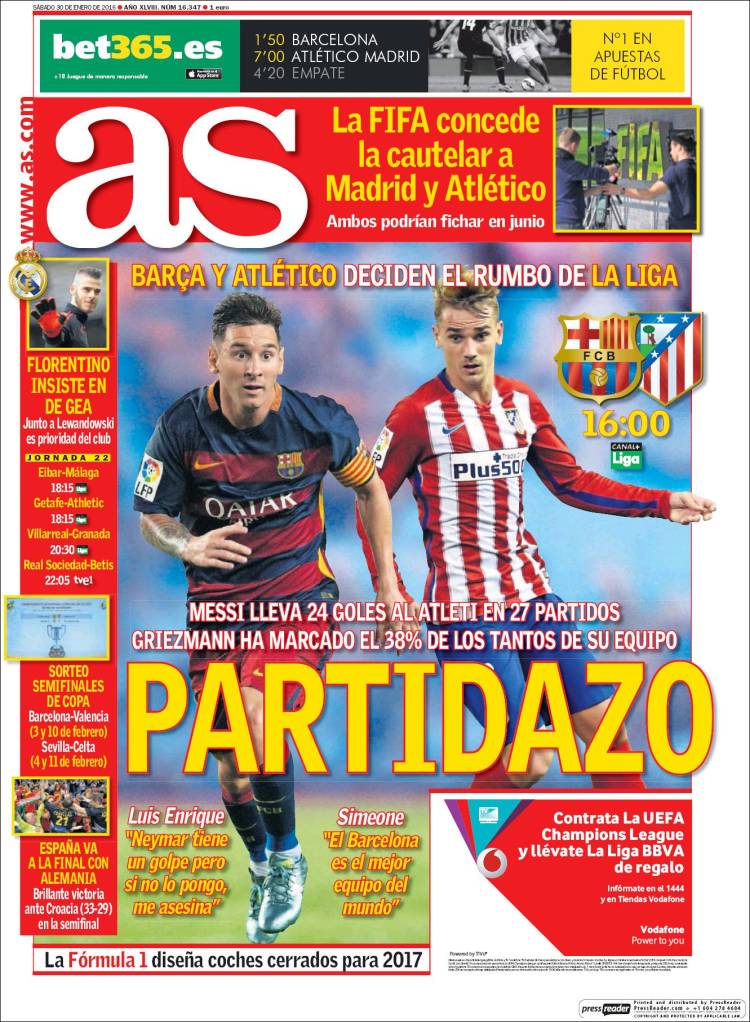 Barca and Atletico decide the direction of La Liga

Messi has 24 goals in 27 games against Atleti

Griezmann has scored 38 percent of his team’s goals

Luis Enrique: “Neymar has a knock, but he’ll kill me if I don’t play him”

Simeone: “Barcelona are the best team in the world”

FIFA grants the injunction to Madrid and Atletico

Both clubs can make signings in June

Alongside Lewandowski, he is a priority for the club 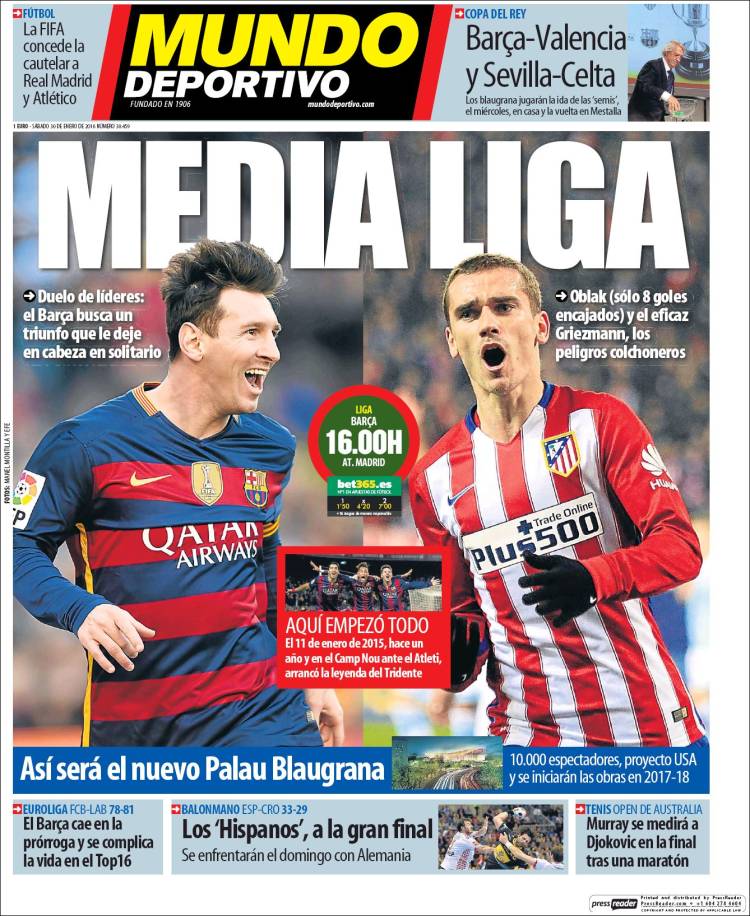 Duel of leaders: Barca looking for a victory which will give them breathing space

It all began here

January 11, 2015, a year ago at Camp Nou against Atletico started the legend of the trident

Ten thousand spectators, a USA project and work will begin in 2017-18

FIFA grants the injunction to Real Madrid and Atletico