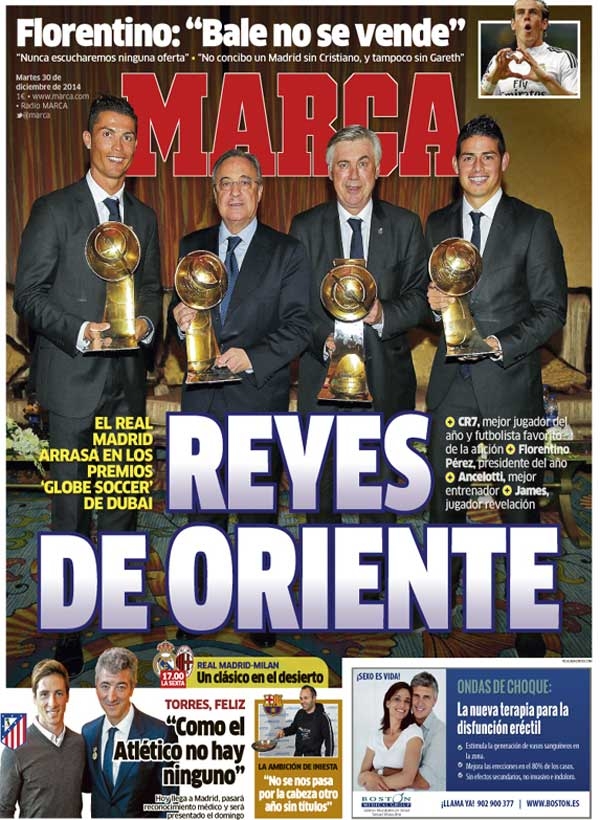 Kings of the East

Madrid triumph at the Globe Soccer Awards in Dubai

CR7, Player of the Year and the fans’ favourite footballer

Florentino Perez, President of the Year

Florentino: “Bale is not for sale”

“We will never listen to any offers”

“I can’t conceive of a Madrid without Cristiano, nor Gareth”

Real Madrid-Milan: A classic in the desert

He arrives in Madrid today, will pass a medical and be presented on Sunday

Iniesta’s ambition: “It doesn’t enter our head to have another year without trophies” 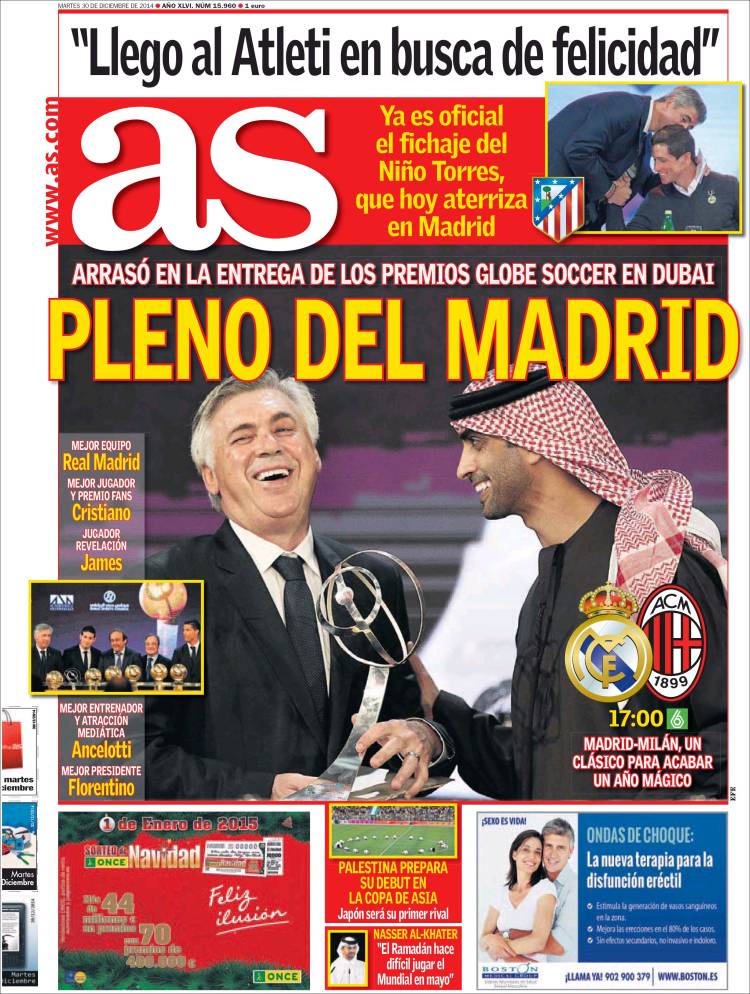 Madrid get the lot

They triumphed at the Globe Soccer Awards in Dubai

Madrid-Milan: A classic to round off a magical year

It is now official the signing of Nino Torres, who will land in Madrid today

Palestine prepare for their debut in the Asia Cup

Japan will be their first opponents

Nasser Al-Khater: “Ramadan makes it difficult to play the World Cup in May” 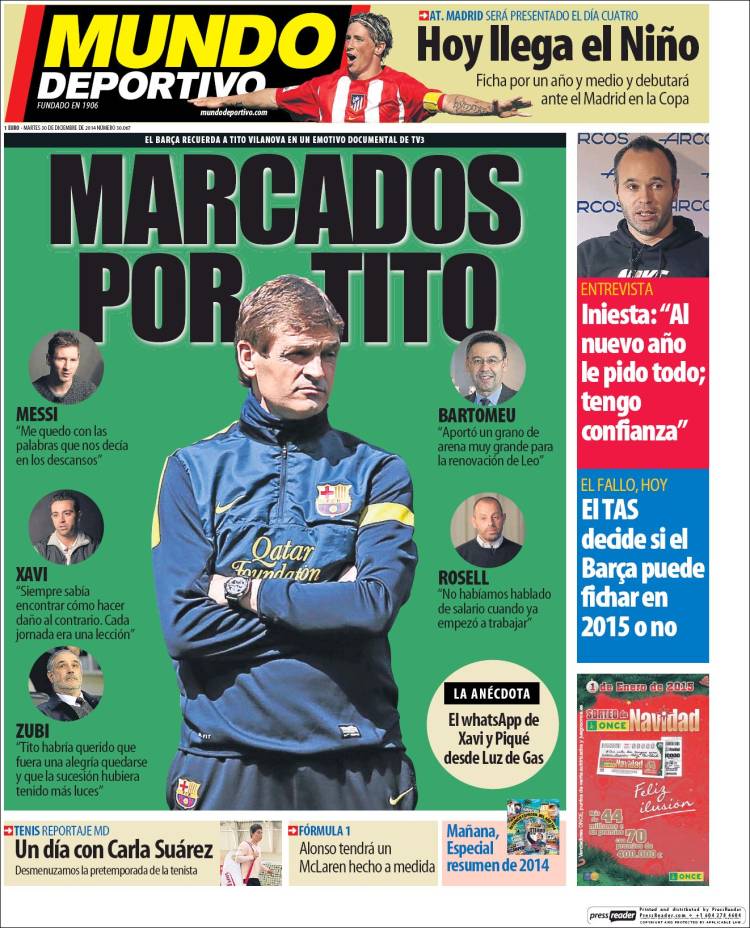 Messi: “I always remember the words he said to us at half-time”

Xavi: “He always knew how to find ways to hurt an opponent. Every fixture was a lesson”

Zubi: “Tito would have wanted it to have been a joy to stay and his replacement was successful”

Rosell: “We hadn’t spoken of a salary when he had already started work”

El Nino arrives today: he will be presented on January 4

Iniesta: “I’m asking for everything in the New Year: I’m confident”

Ruling today: CAS will decide if Barca can sign in 2015 or not