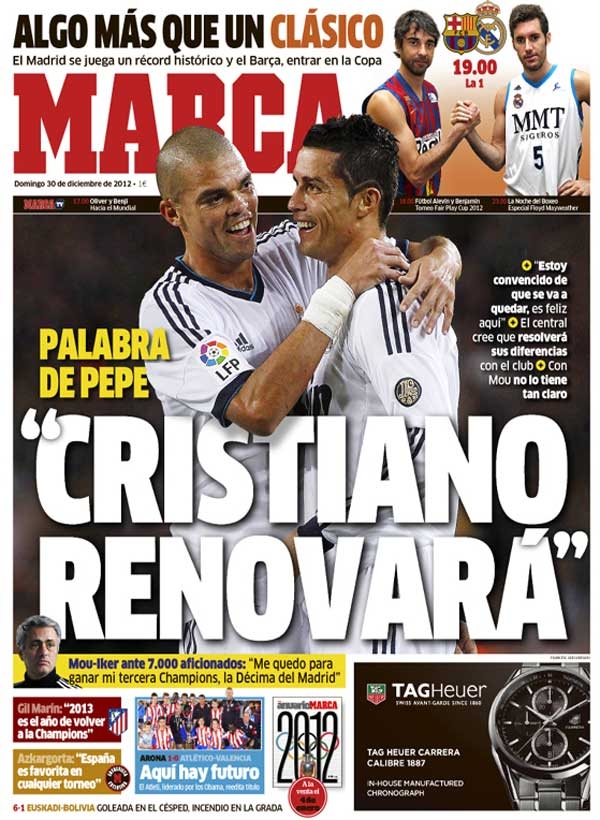 Basketball: More than a Clasico

Madrid risking their historic record and Barca enter the cup

I am convinced that he will stay, he is happy here – Pepe

With Mourinho he is not sure

Mou-Iker before 7000 fans: I will stay to win my third Champions League and Madrid’s tenth

Azkargorta: Spain is a favourite in every tournament

Atletico 1-0 Valencia: the future is here 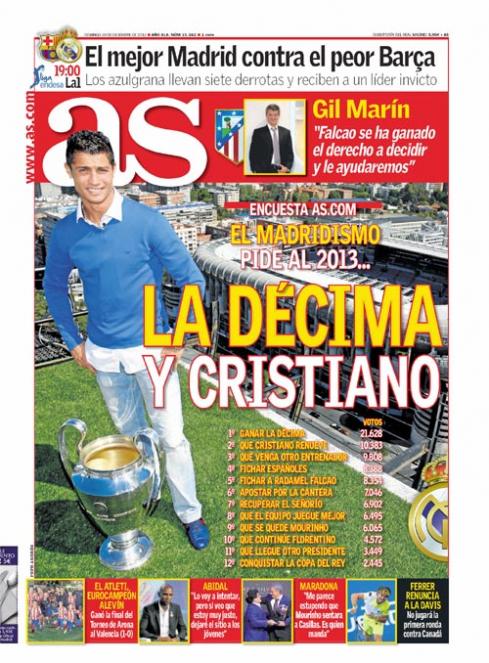 Basketball: The best Madrid against the worst Barca

Gil Marin: Falcao has won the right to decide and we will help him

AS.com make a survey in 2013 to Madridistas

The tenth and Cristiano

Atleti, the Eurochampion of youth: Win the final of the Torneo de Arona al Valencia (1-0)

Abidal: I will try but if I see that I my time is up I will leave my place for the younger players

Maradona: It’s wonderful that Mourinho benched Casillas, he is the boss

Ferrer out of the Davis Cup: Will not play the first round against Canada 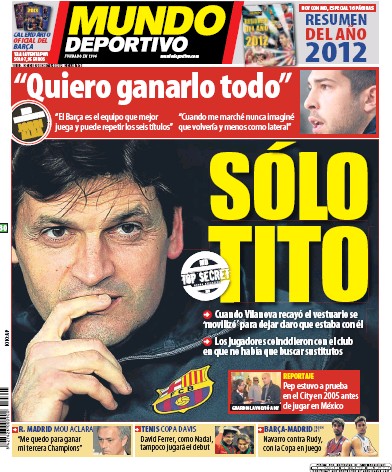 I want to win everything – Alba

When I left I never imagined that I would come back, less as a left-back – Alba

Report: Pep was at City in 2005 before playing Mexico

Tennis. Davis Cup: David Ferrer, like Nadal, will not play in the Cup

Basketball, Barca-Madrid: Navarro against Rudy, with the cup to play for