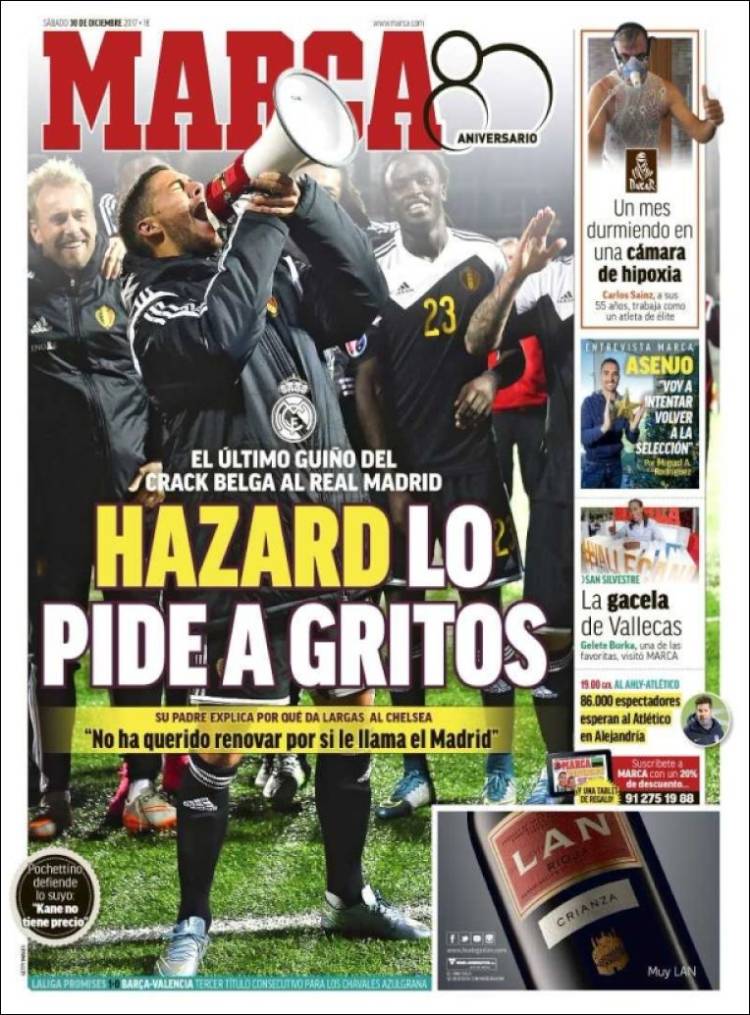 Hazard cries out for them

His father explains why his Chelsea renewal is taking so long

“He hasn’t wanted to renew in case Madrid call him”

“I’ll try to return to the national team” 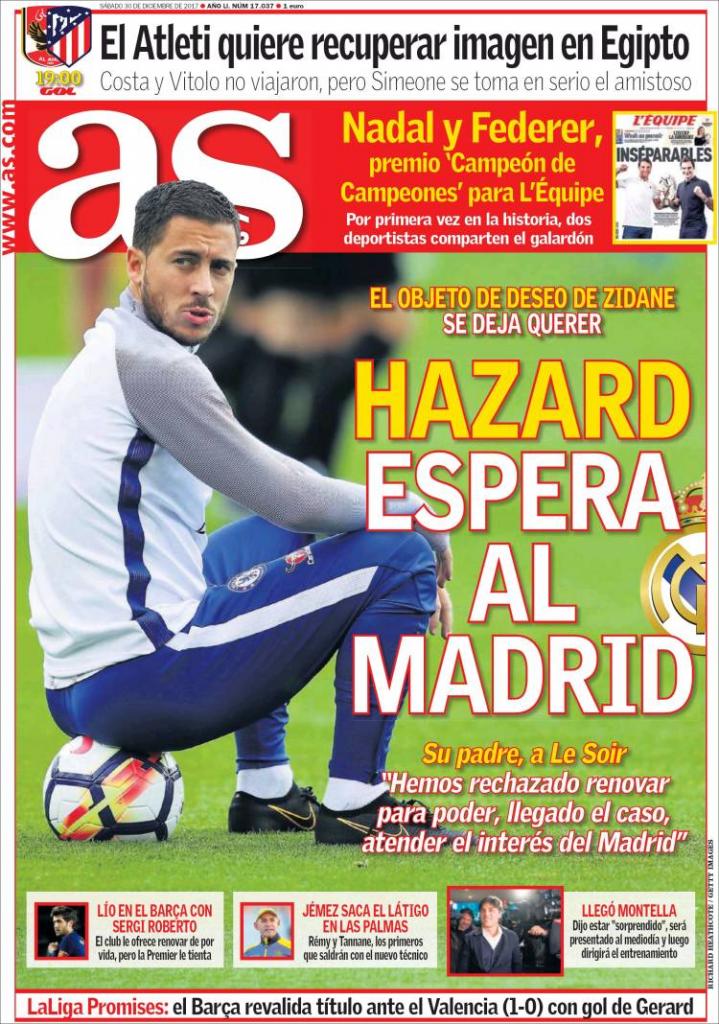 Atleti want to get their image back in Egypt

Costa and Vitolo have not travelled, but Simeone is taking the friendly seriously

The object of Zidane’s desire leaves himself wanting

His father, to Le Soir

“We rejected the chance to renew so, when the time comes, we can answer any interest from Madrid”

Mess at Barca with Sergi Roberto

Jemez pulls out the whip at Las Palmas 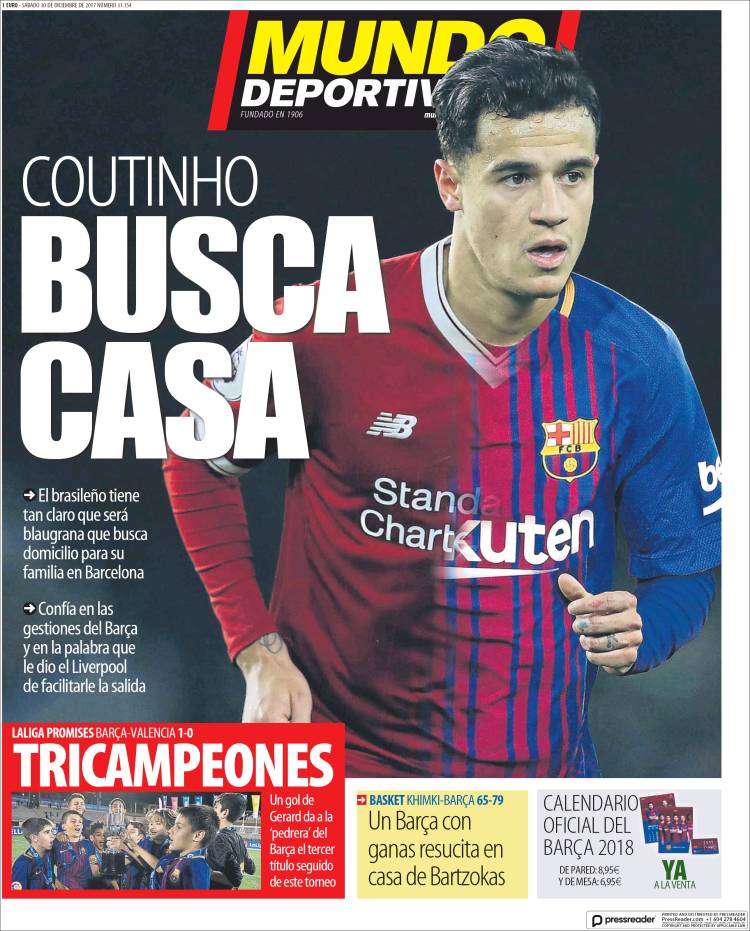 Coutinho looks for a home

The Brazilian is so certain he will become a Barca player, that he is looking for a house for his family in Barcelona