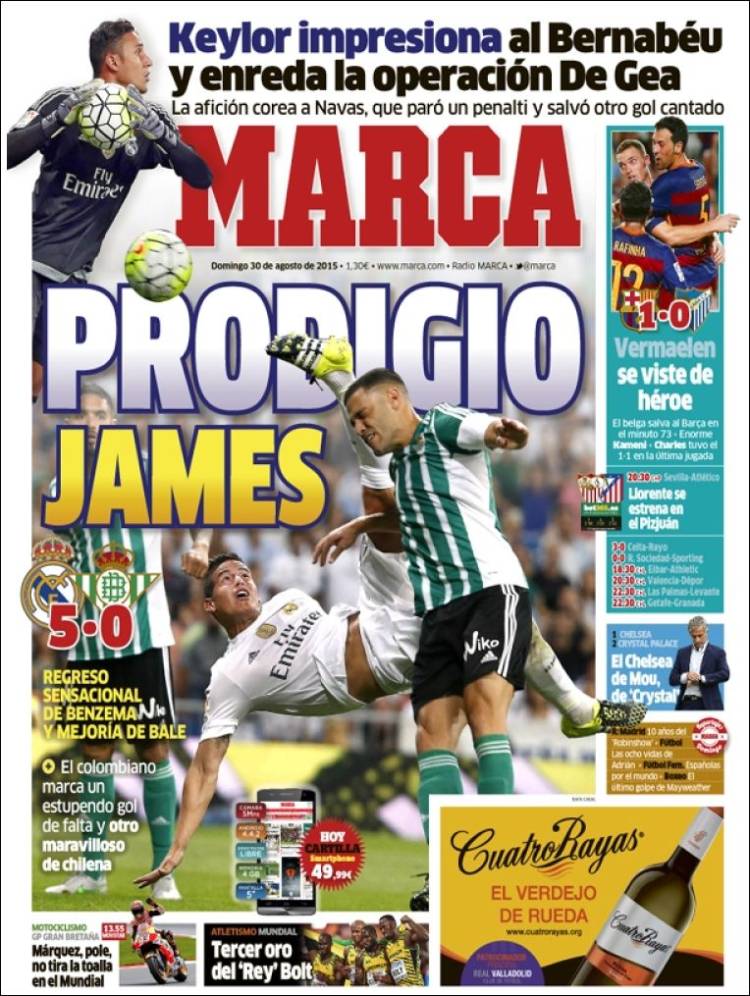 Sensational return by Benzema and improvement from Bale

Keylor impresses at the Bernabeu and complicates the De Gea operation

The fans chant for Navas, who stopped a penalty and saved another certain goal

Vermaelen is the hero

The Belgian saves Barca in minute 73

Charles could have had it 1-1 on the final play

Llorente premiers at the Pizjuan 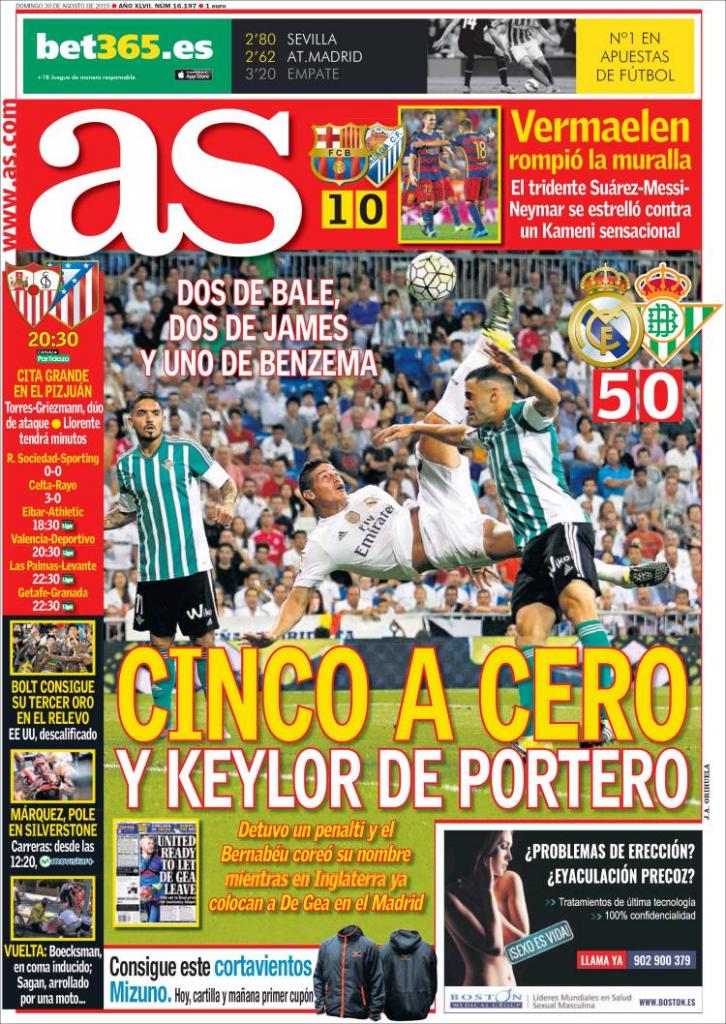 Two from Bale, two from James, one from Benzema

Five to zero and Keylor the goalkeeper

Big appointment at the Pizjuan 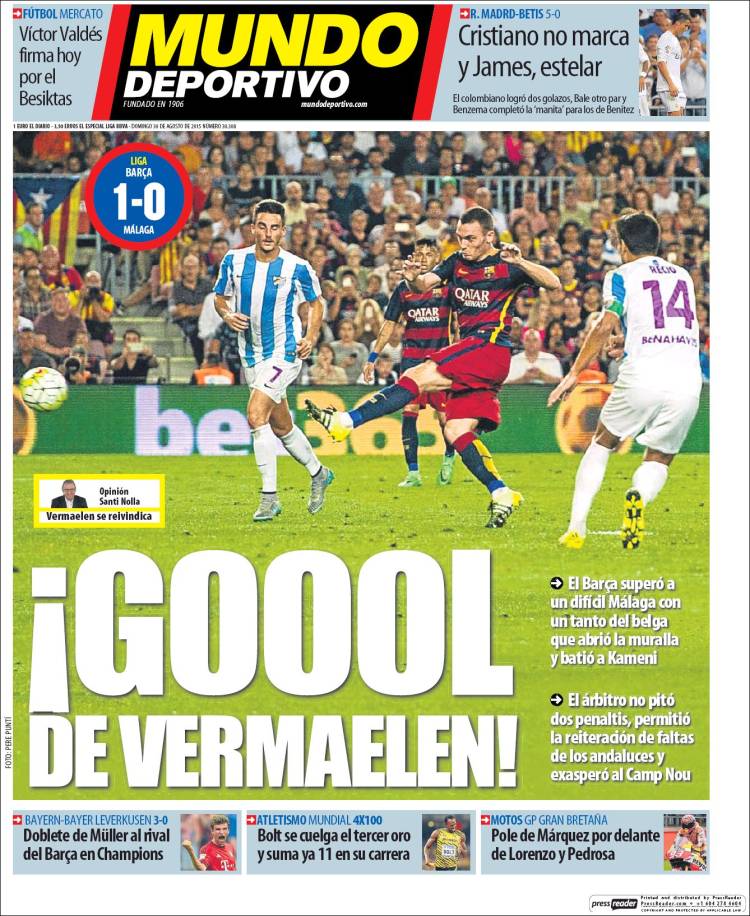 Cristiano doesn’t score and James is the star

The Colombian scored two ‘golazos,’ Bale another two and Benzema completed the ‘manita’ for Benitez