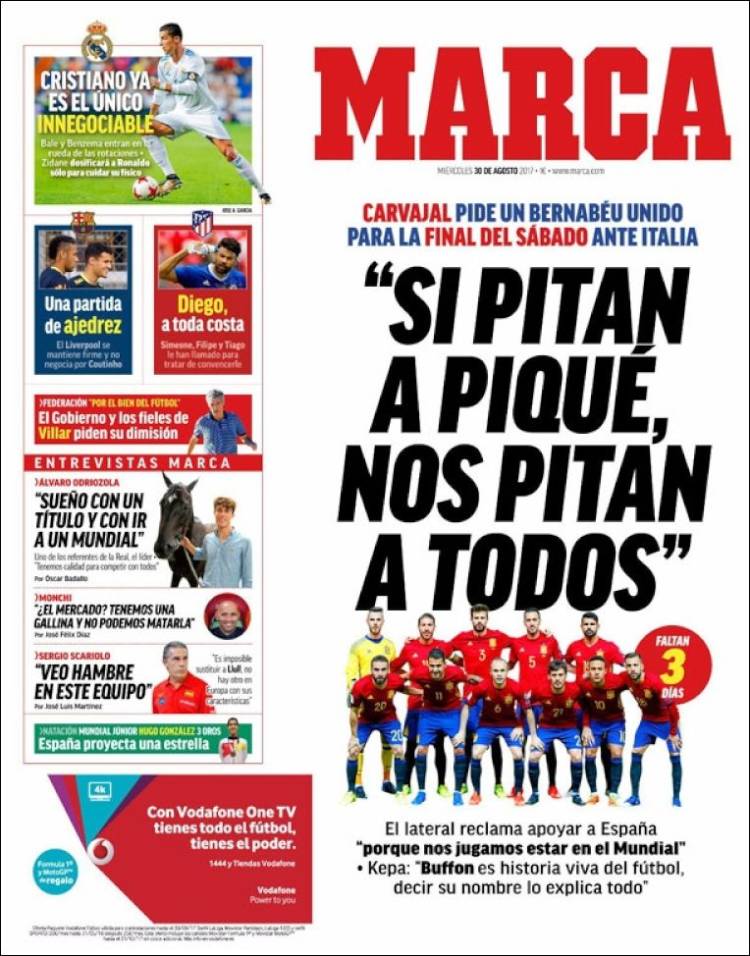 "If you boo Pique, you boo us all"

Carvajal asks for united Bernabeu for Italy qualifier - 'because we play to be in the tournament', Kepa: Buffon is living history in football, to say his name says it all

Ronaldo is the only non-negotiable player - Bale and Benzema will be rotated, ZZ will only do the same with Ronaldo to keep him fit

A chess game - negotiations for Coutinho 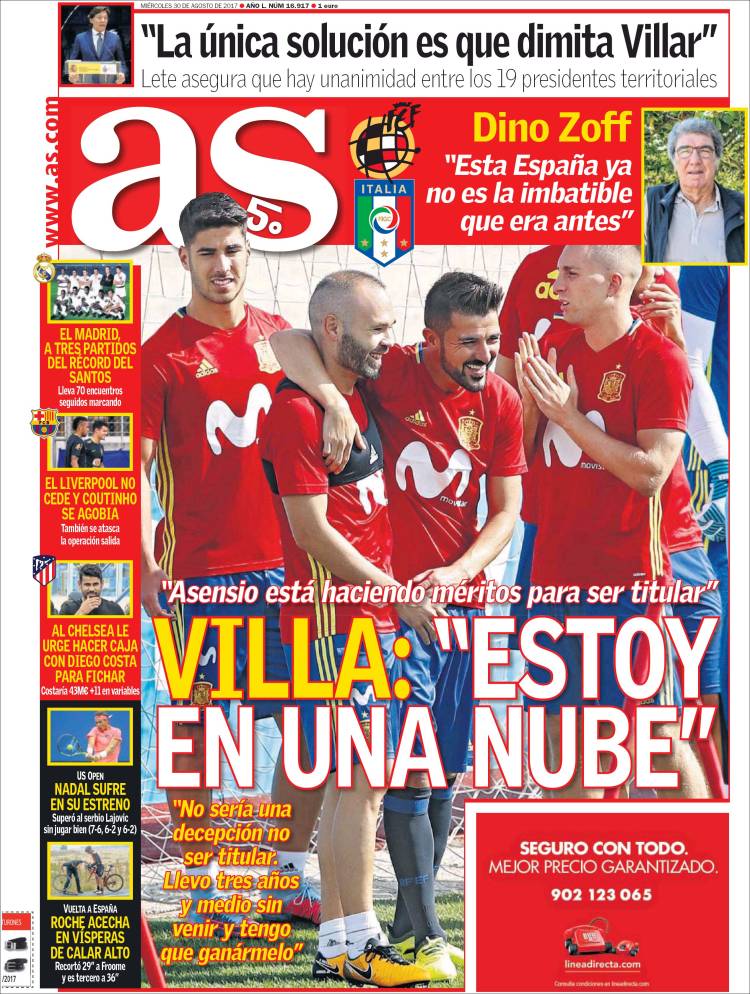 Villa: I'm on a cloud

"Asensio is doing more than enough to start", "It wouldn't be a disappointment not to start, I've been away for 3 years"

Dino Zoff: This isn't the unbeatable Spain of before

Madrid, 3 games from Santos record - 70 games scored in a row 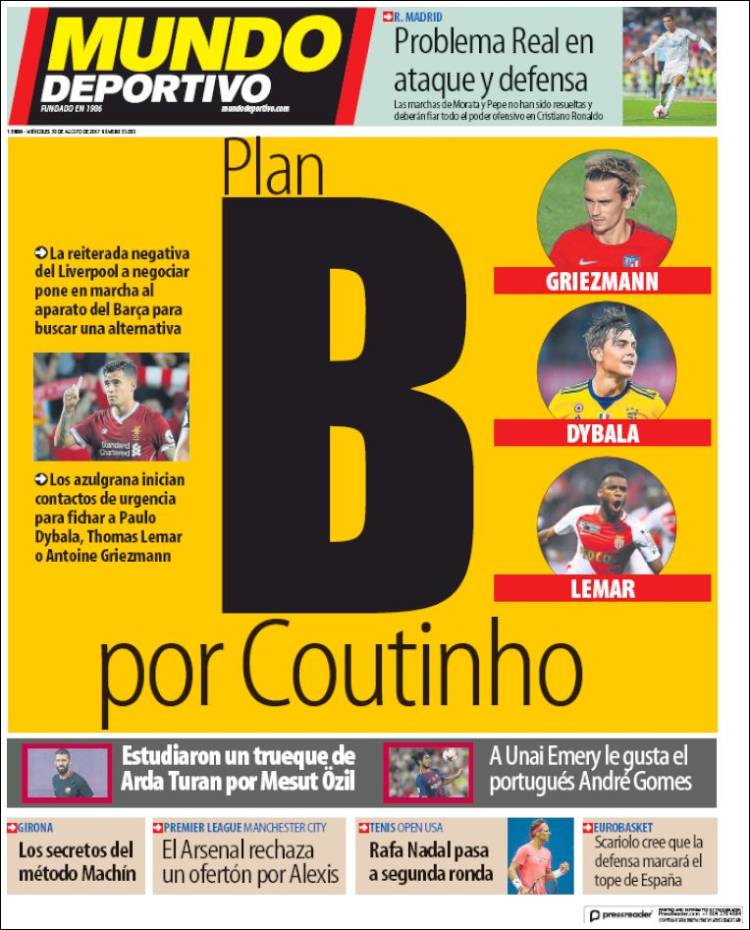 Plan B for Coutinho

Studying a barter for Arda Turan and Mesut Ozil