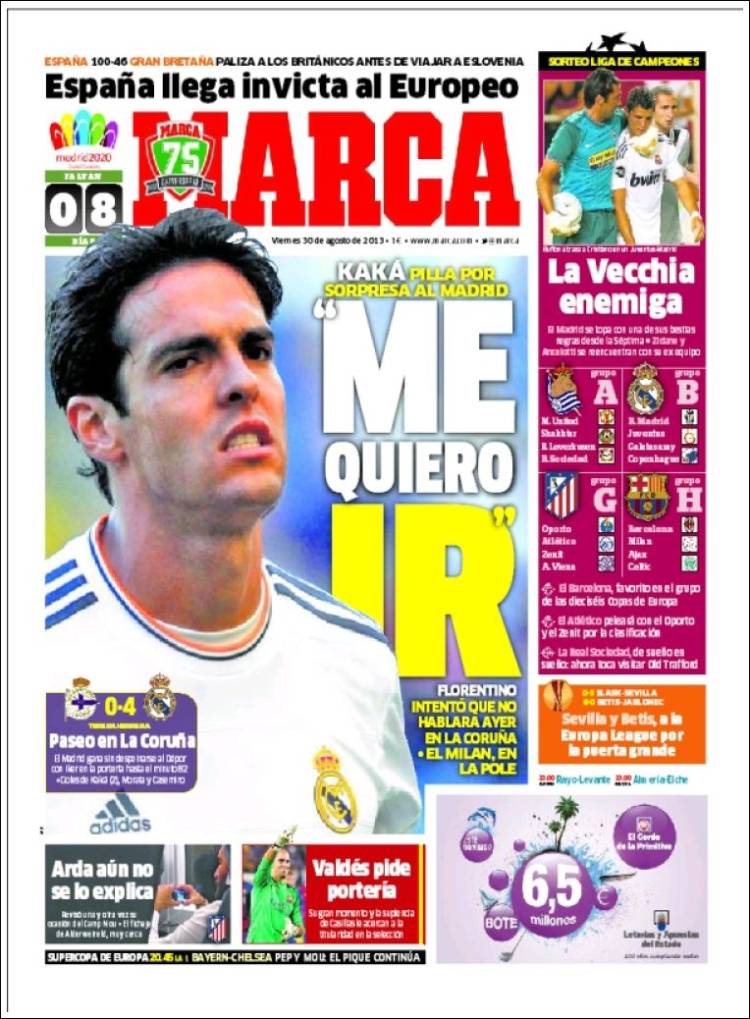 Florentino did not speak much on the topic yesterday

Milan are in pole position

Arda does not explain his actions

Ancelotti and Zidane to face their old side

Atletico will battle with Porto and Zenit 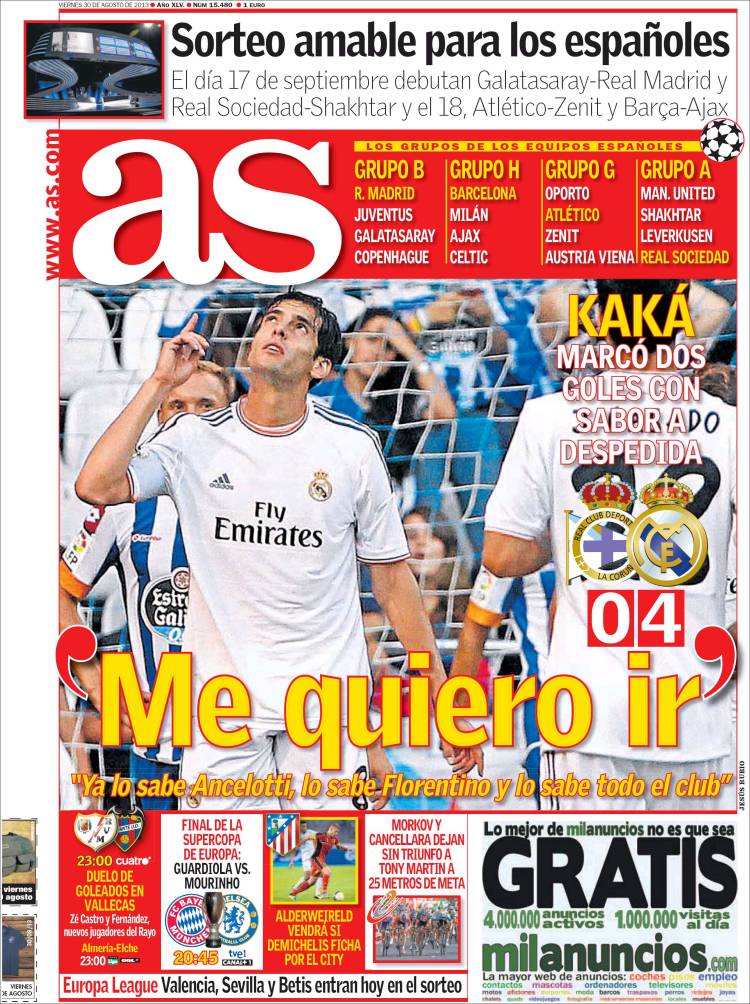 "I know Ancelotti, Florentino and the whole club"

Friendly draw for the Spanish teams

Goals expected at Vallecas: Ze Castro and Fernandez to star for Rayo

Alderweireld to come if Demichelis leaves for City

Morkov and Cancellara left without a win 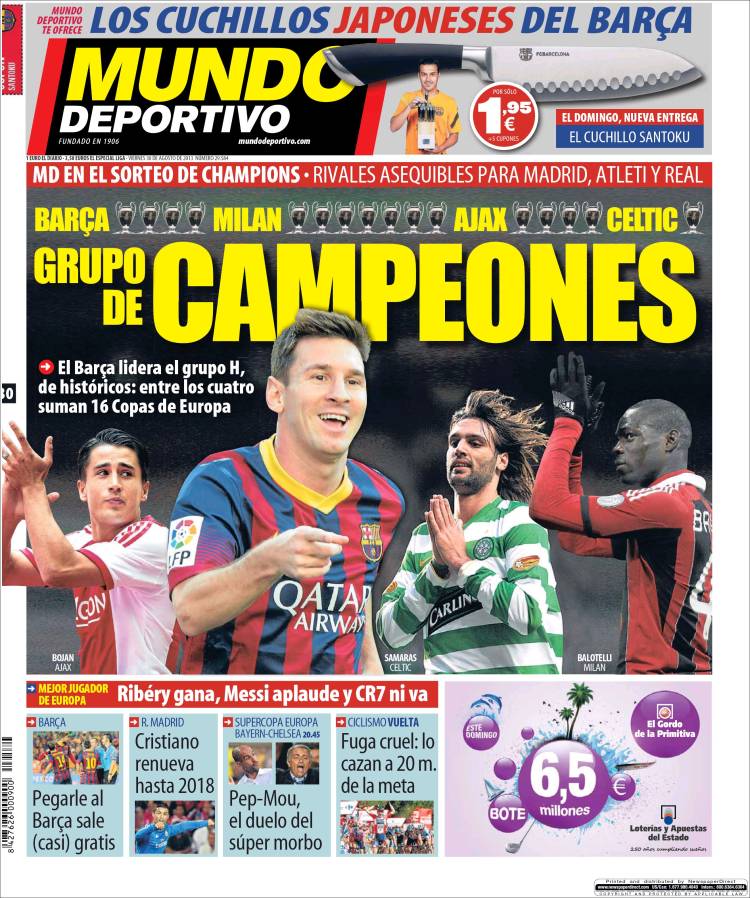 Ribery wins UEFA's best European player of the year award, Messi applads him while CR7 does not even travel