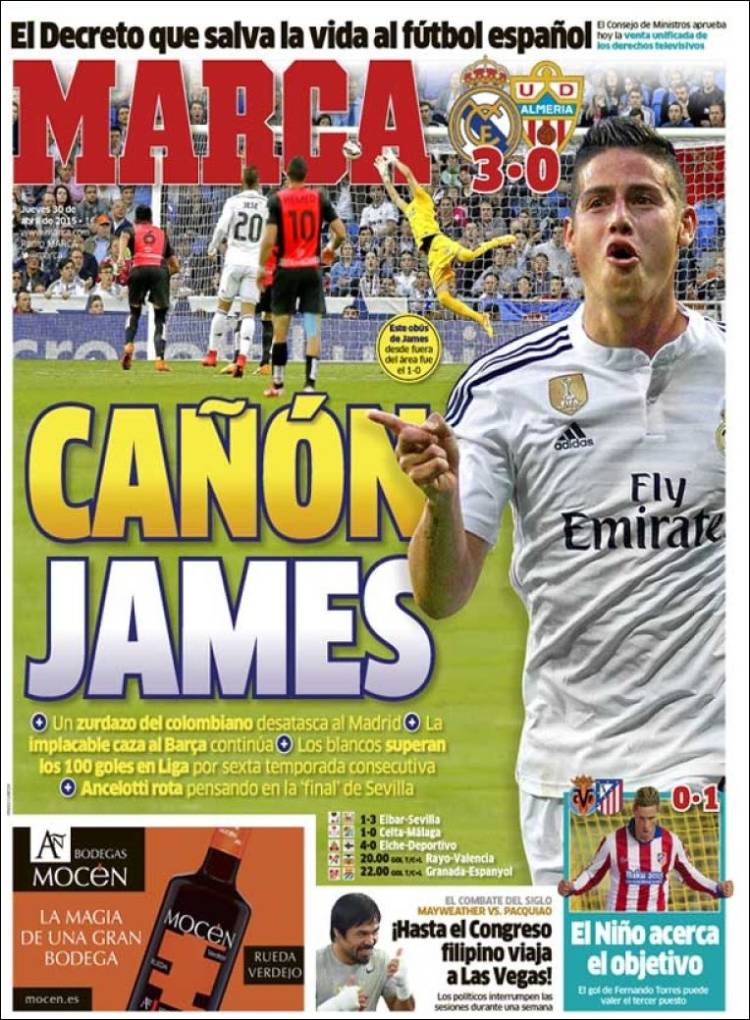 A left-footer from the Colombian unlocks it for Madrid

Ancelotti rotates thinking about the ‘final’ against Sevilla

This James effort from outside the area made it 1-0

The law that saves the life of Spanish football. The cabinet ministry will today approve the unified sale of television rights

El Nino closes in on his objective. Fernando Torres’ goal could be worth third place 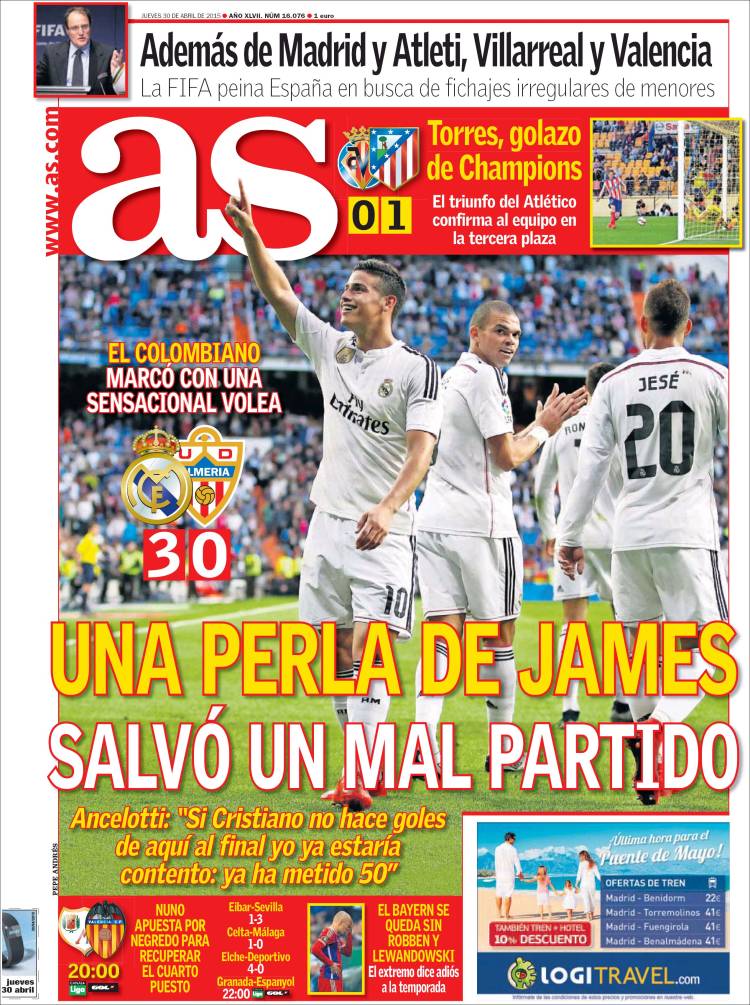 A pearl from James rescues a bad game

The Colombian scored with a sensational volley

Ancelotti: “If Cristiano doesn’t score goals from now until the end of the season I’ll still be happy: he’s already got 50”

Torres, a great goal from the Champions. Atletico’s win confirms their third place

Besides Madrid and Atleti there is also Villarreal and Valencia. FIFA comb Spain in the search for irregularities in the signing of youngsters

Nuno banking on Negredo to get fourth place back

Bayern left without Robben and Lewandowski. The winger says goodbye to the season 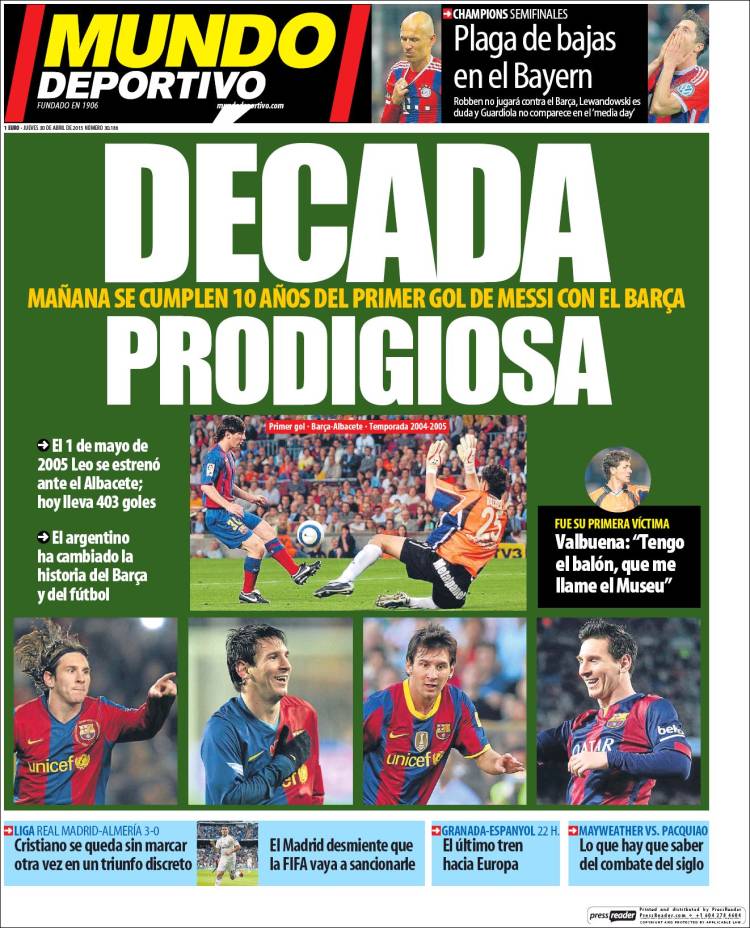 Tomorrow it is 10 years since Messi’s first Barca goal

The Argentine has changed Barca’s and football’s history

He was his first victim: Valbuena: “I have the ball, the museum called me”

Plague of injuries at Bayern. Robben out against Barca, Lewandowski is a doubt and Guardiola will not appear on ‘media day’

Cristiano left without scoring again in an inconspicuous win

Madrid deny that FIFA are going to sanction them

Granada-Espanyol: the last train to Europe