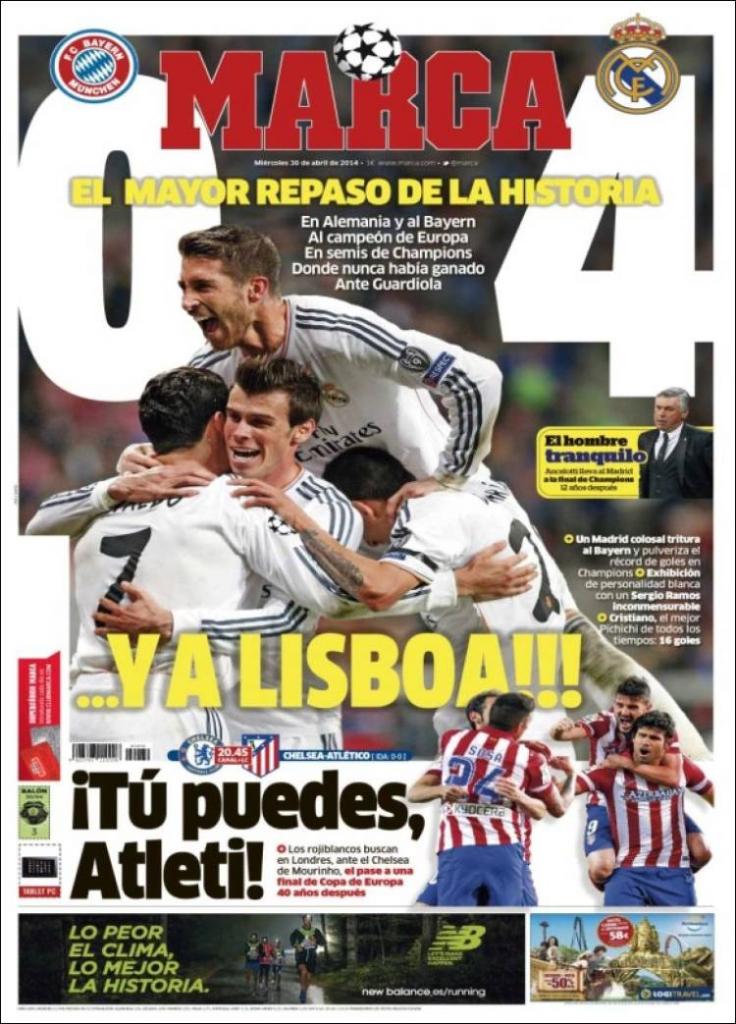 An exhibition of personality with Sergio Ramos immeasurable

Cristiano, now the highest ever goalscorer in one Champions League sesason with 16 goals

Los Rojiblancos head to London, to face Mourinho’s Chelsea for a place in the final 40 years later

Ancelotti, ever so calm 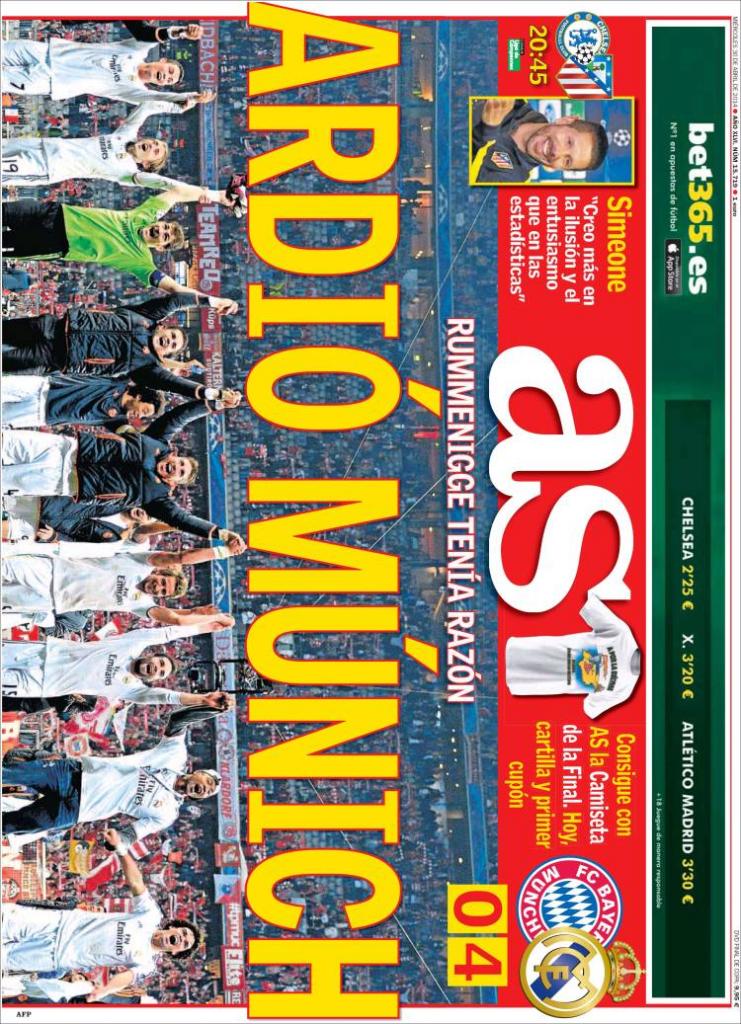 Simeone: “I believe more in dreams than statistics” 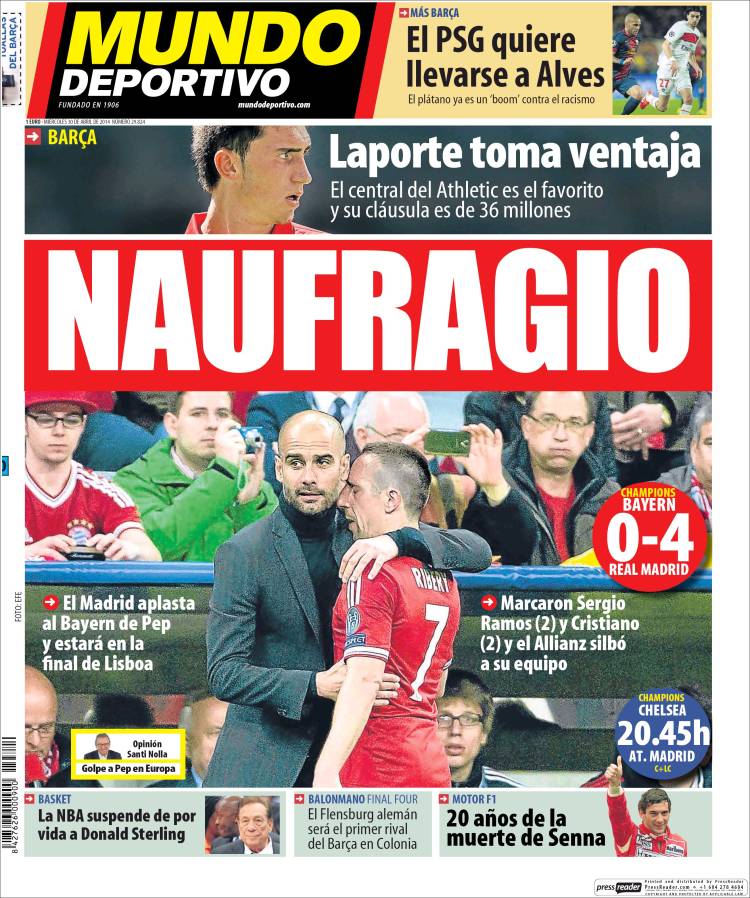 Madrid plastered Pep’s Bayern and are in the final

Sergio Ramos and Cristiano scored twice each at the Allianz Arena

F1: 20 years after the death of Senna