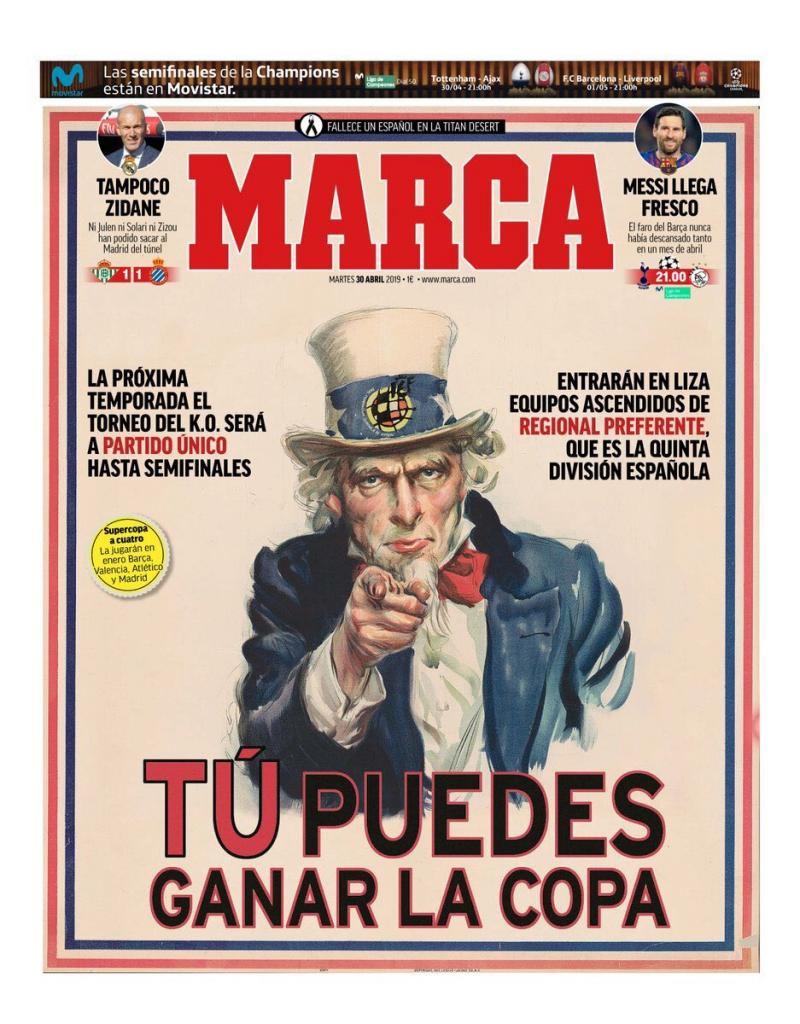 You can win the Copa

Next season, Copa to be just one-leg until semi-finals, regional teams from 5th division to enter

Neither Zidane - neither Julen, nor Solari nor Zizou have been able to take Madrid from the tunnel 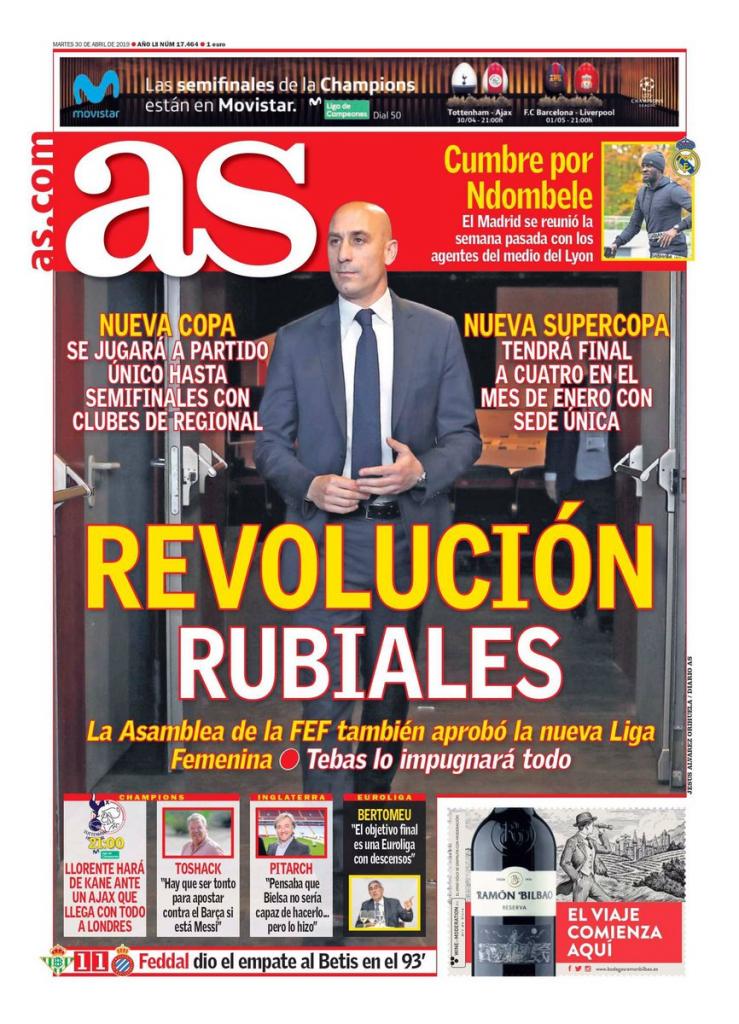 New Copa - only one game ties until the semi-finals

Meeting for Ndombele - Madrid meet with his agents in Lyon

Feddal rescues a draw for Betis in 93rd minute 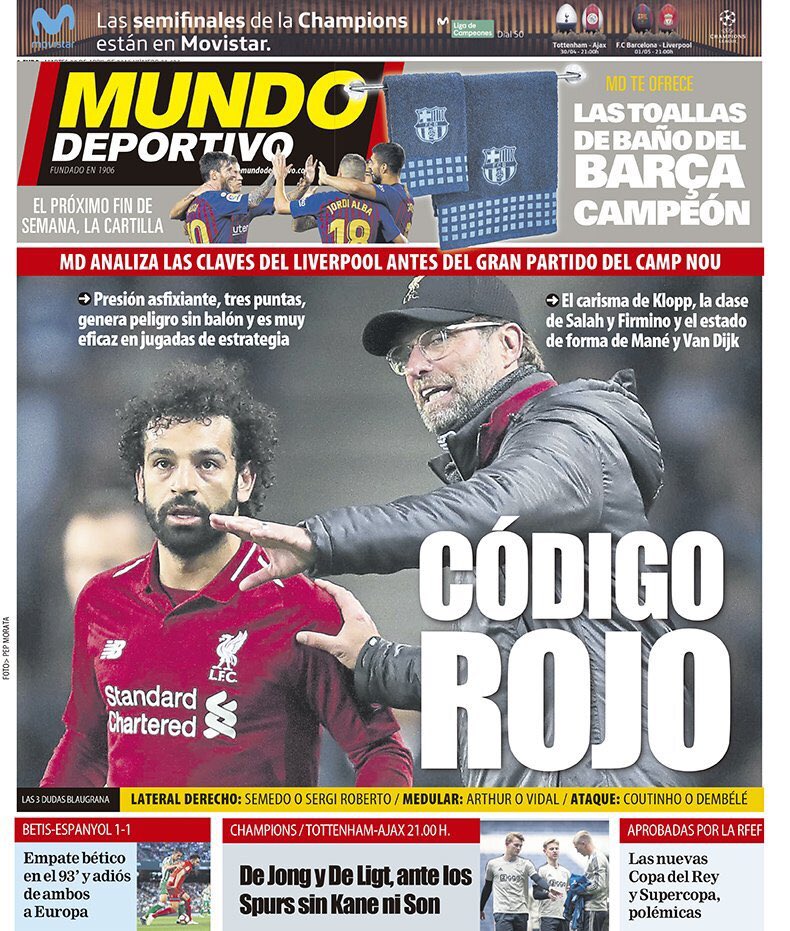 The charisma of Klopp, the class of Salah and Firmino, the form of Mane and van Dijk

De Jong and de Ligt, against Spurs without Son and Eriksen