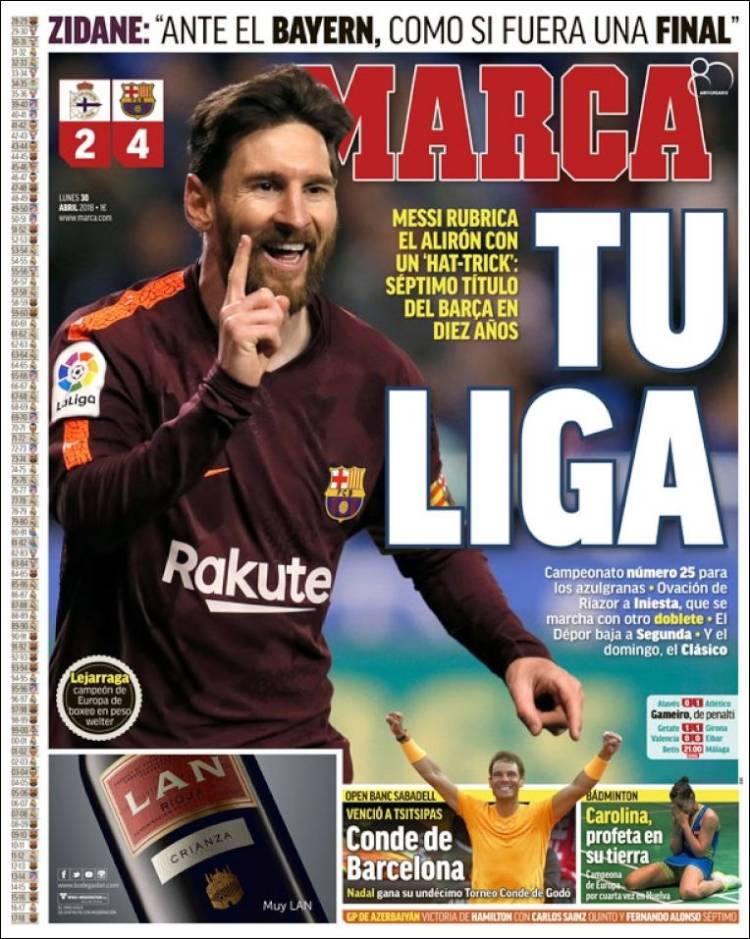 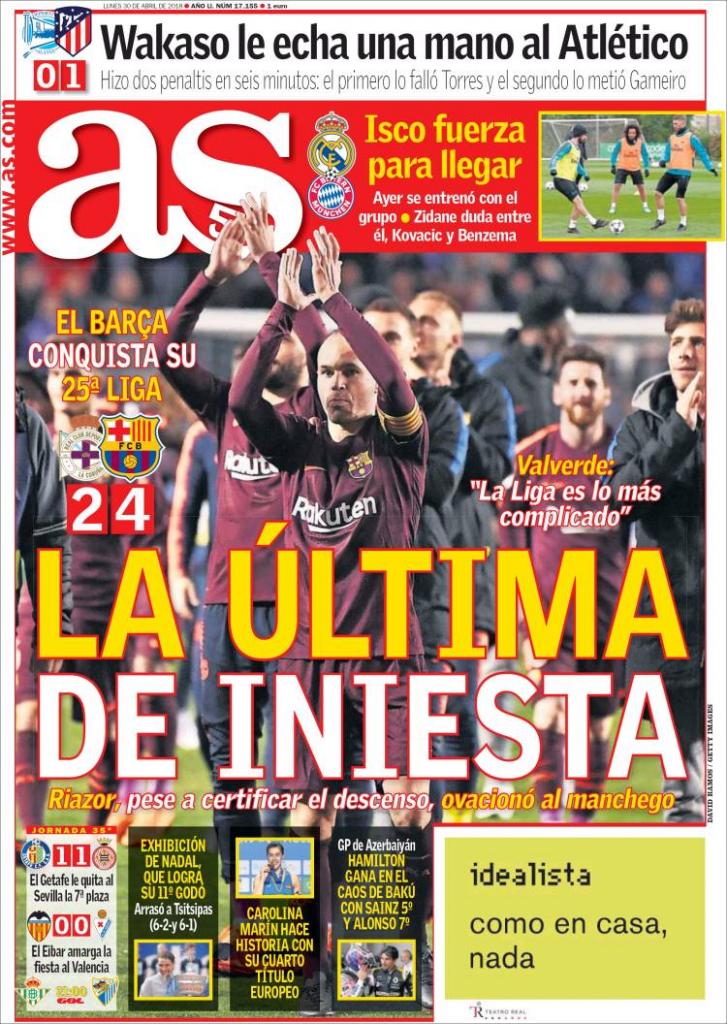 The last of Iniesta

Depor, despite confirming relegation, give ovation to Iniesta

Valverde: La Liga is the most complicated

Wakaso gives Atleti a hand - two penalties in six minutes, the first a foul on Torres then on Gameiro

Isco strength to arrive - yesterday trained with the squad, Zidane doubt between him, Kovacic, Benzema 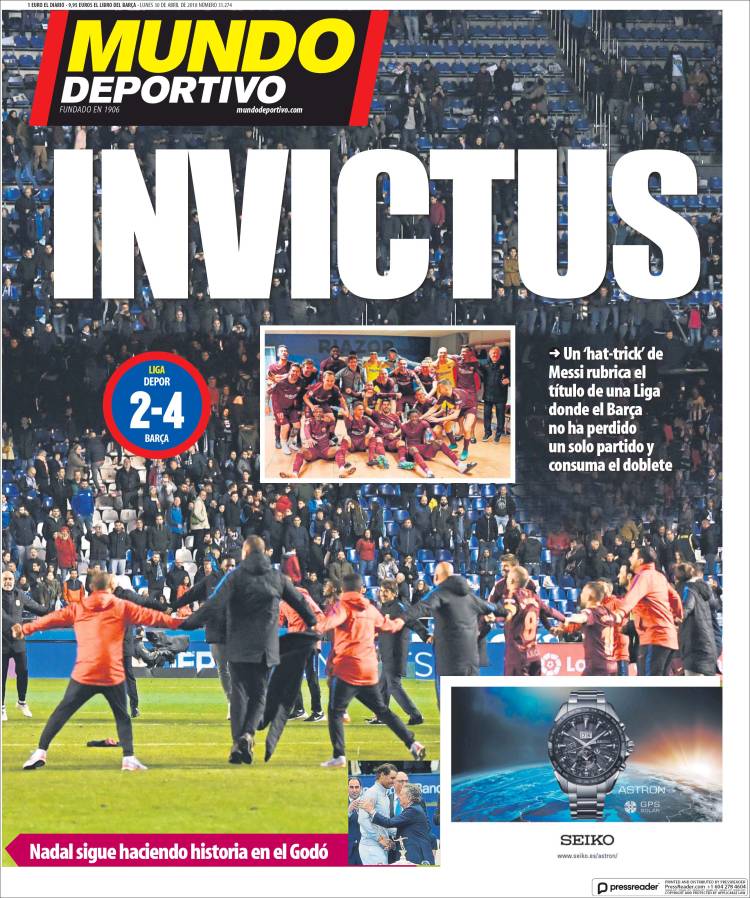 Messi hat-trick wraps up Barcelona league title - has not lost a game, won the double