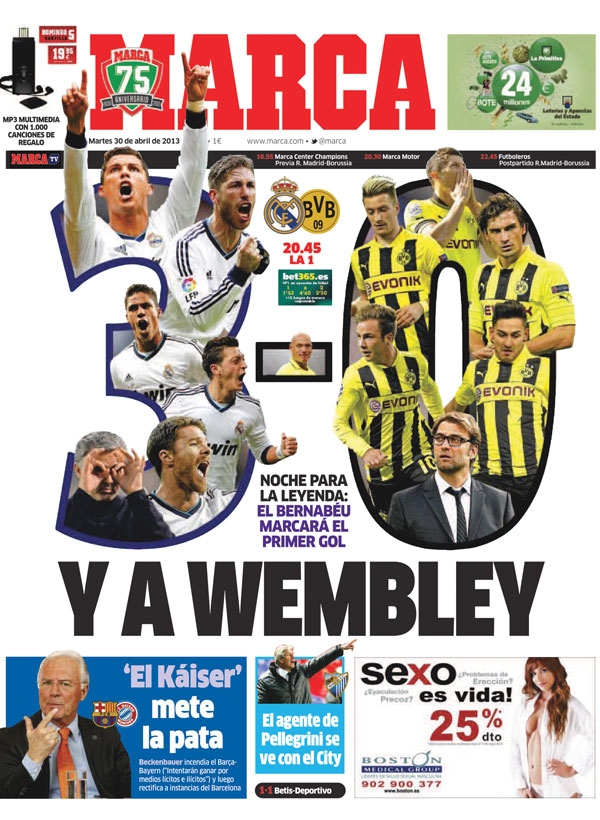 A legendary night: the Bernabeu will score a goal and to Wembley it will be

'The Kaiser' puts his foot in it

Beckenbauer incenses Barcelona, saying they will try and win by playing dirty and corrects him 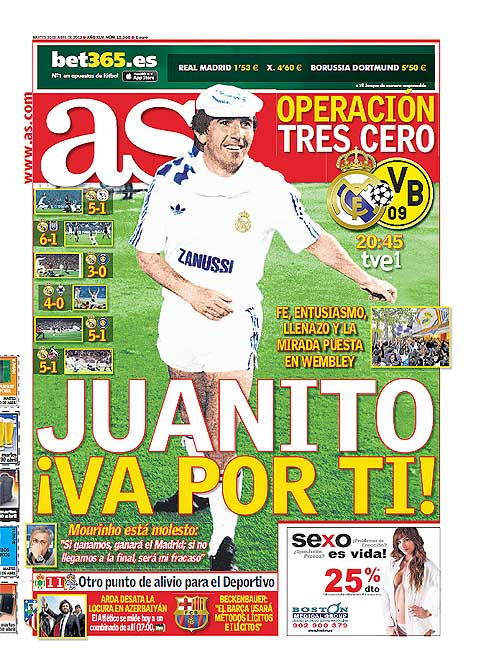 Fath, enthusiasm and a sellout with their eyes fixed on the prize - a place in Wembley

Juanito goes for you

Mourinho is annoyed,"If we win, it will be the team's win, if we do not make the final, it will be my fault"

Betis 1-1 Deportivo: Another points of relief for Deportivo

Arda to be let loose in Azerbaijan

Atletico play against a collection of Azerbaijan players today at 17:00

Beckenbauer: "Barca will use dirty methods" 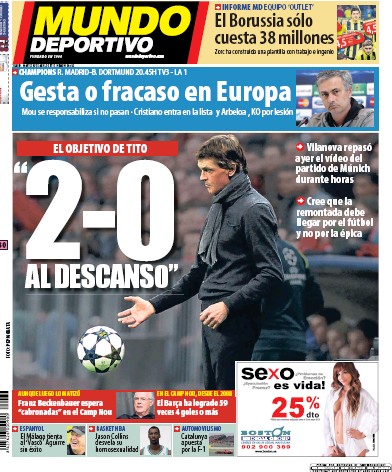 "2-0 at the break," Tito's states his objective

Vilanova reviews the video of the last game in Munich

Even though he later tones down. Franz Beckenbauer expects Barca to play dirty

Deed or failure in Europe

Cristiano is in the team, Arbeloa is not

Borussia Dortmund have built their team with just €38 million

Zorc has constructed Dortmund with hard work and ingenuity

Serie A: Cavani's lady has said that he has betrayed God

Basketball: Jason Collins reveals he is a homosexual