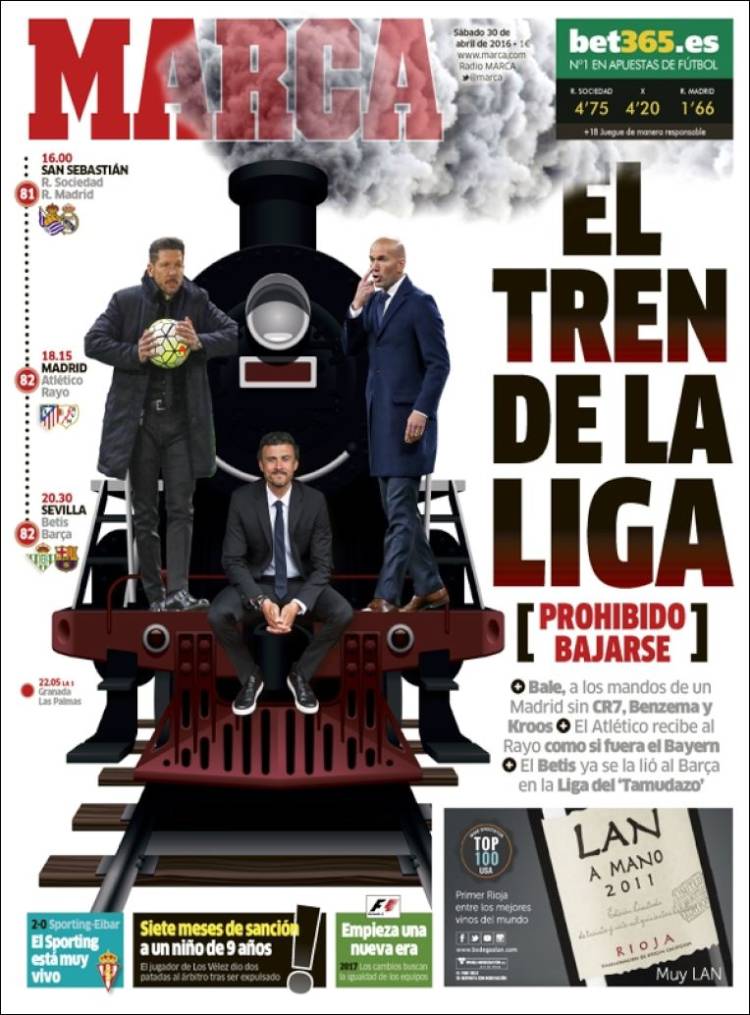 Prohibited from getting off

Bale, behind Madrid’s wheel without CR7, Benzema and Kroos

Atletico host Rayo as if they were Bayern

Sporting are very much alive 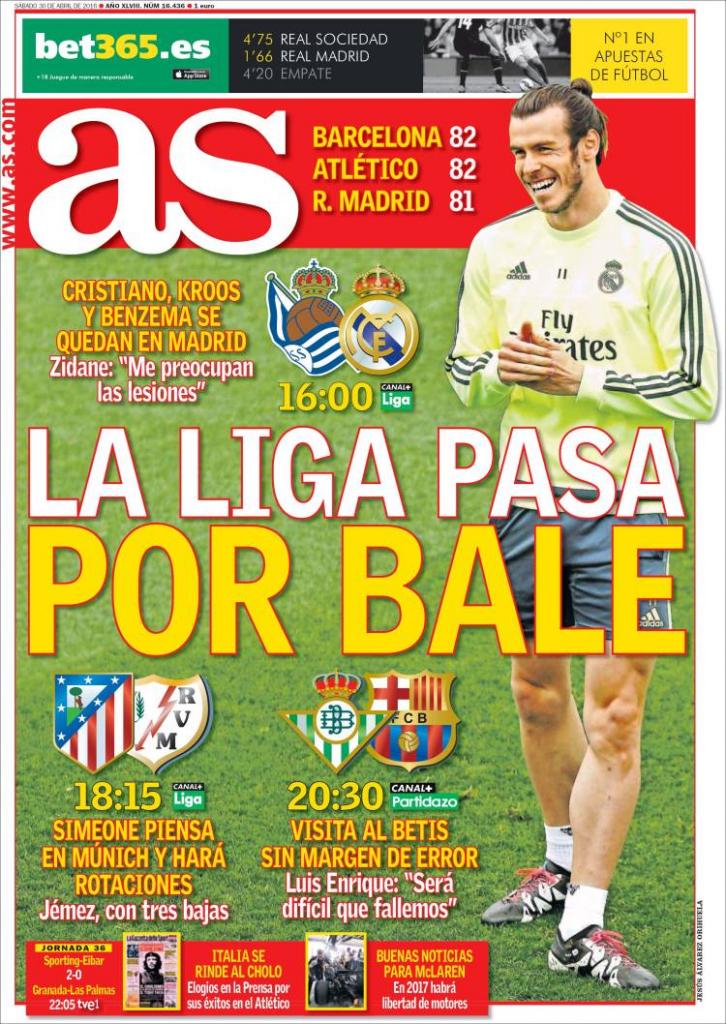 Zidane: “I worry about our injuries”

Simeone is thinking about Munich and rotates

Jemez, with three out

Travelling to Betis with no margin for error

Luis Enrique: “It’ll be difficult if we fail”

Acclaim from the country’s Press for his successes with Atleti 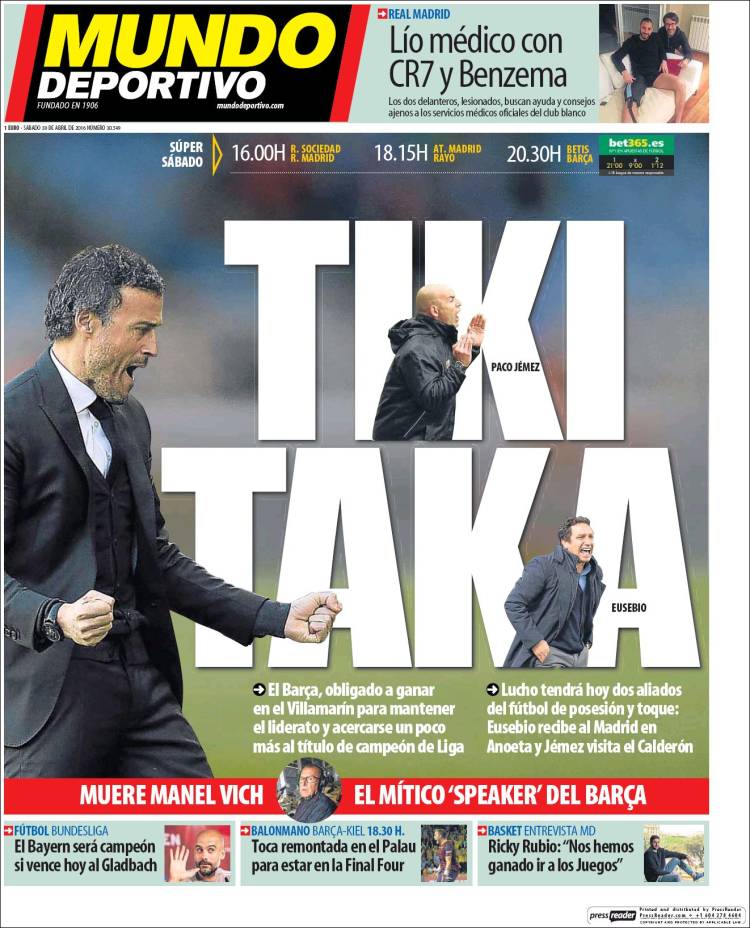 Tiki Taka [referring to Paco and Eusebio's styles of play]

Barca, forced to win at Villamarin to keep their lead and move a step closer to the title

Lucho will have two allies of possession and touch-based football today: Eusebio hosts Madrid at Anoeta and Jemez visits the Calderon

Death of Manel Vich, the legendary ‘speaker’ of Barca

Bayern will be champions if they beat Gladbach today