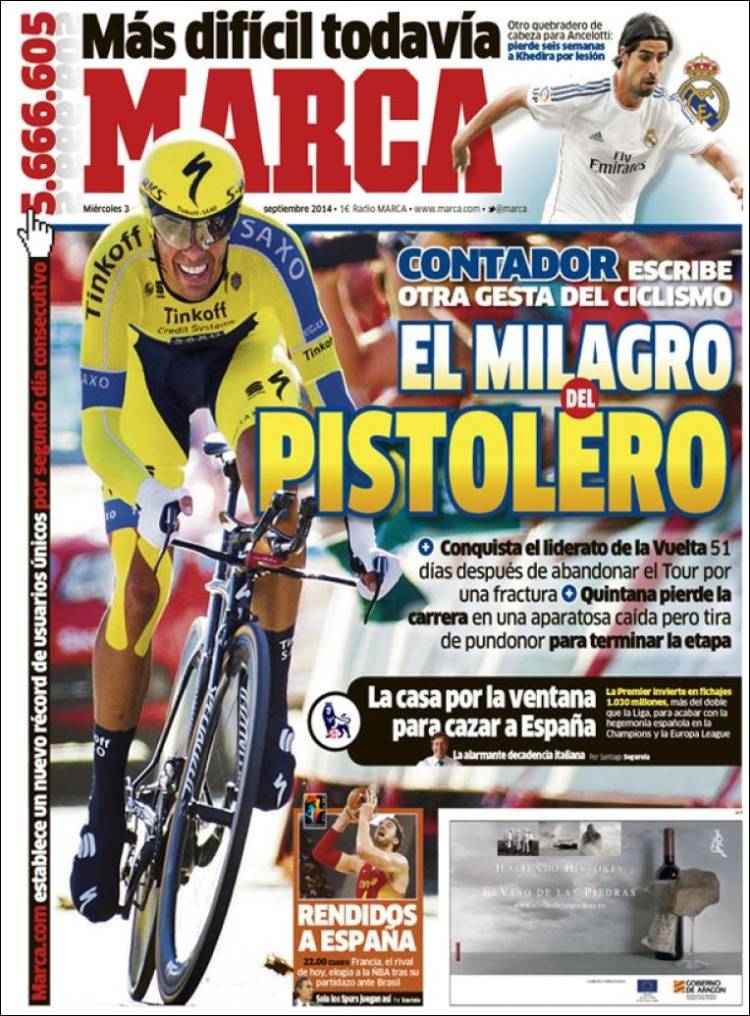 Another headache for Ancelotti: he loses Khedira for six weeks through injury

The home of the transfer window hunts down Spain

The Premier League invests €1,030m in signings, more than double that of La Liga, in order to end the Spanish hegemony in the Champions League and Europa League 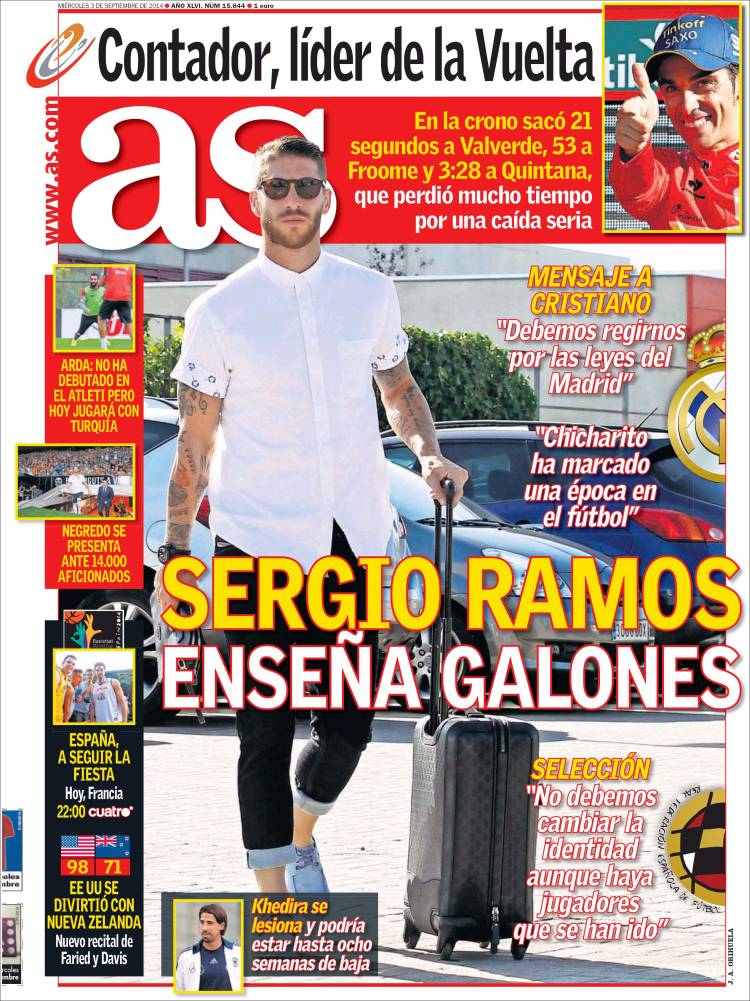 Sergio Ramos shows who is boss

Message to Cristiano: “We must obey the laws of Madrid”

“Chicharito has marked an era in football”

National team: “We mustn’t change the identity even though some players have left”

Khedira injured and could be out eight weeks

Arda: He has not started with Atleti but will play for Turkey today

Negredo is presented in front of 14,000 fans 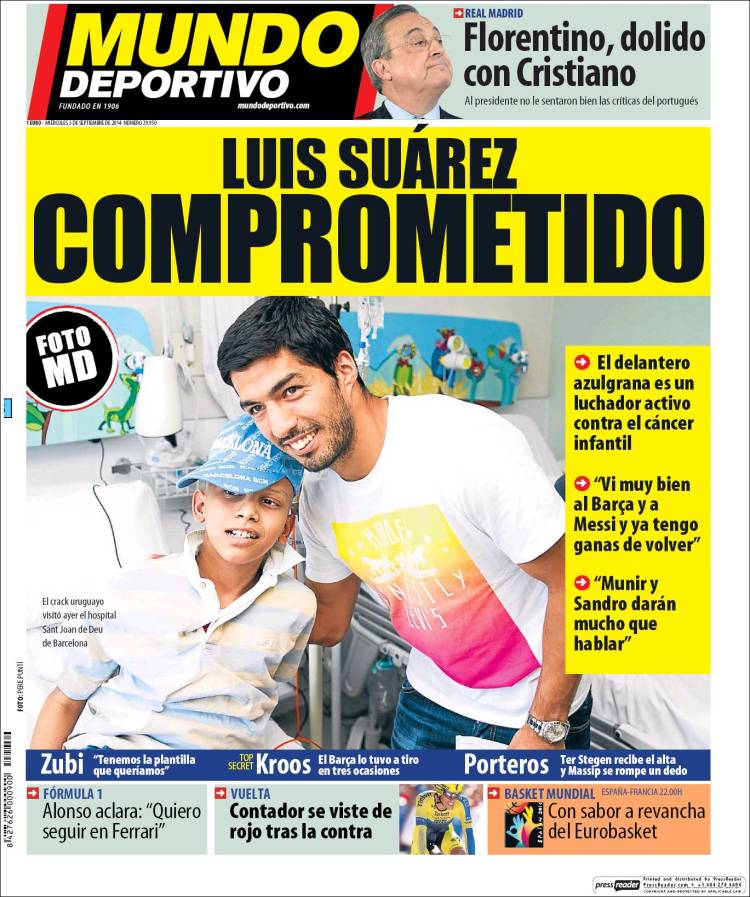 The Barca striker is an active fighter against child cancer

“Munir and Sandro will give people a lot to talk about”

Zubi: “We have the squad we want”

Goalkeepers: Ter Stegen gets the green light and Masip breaks a finger