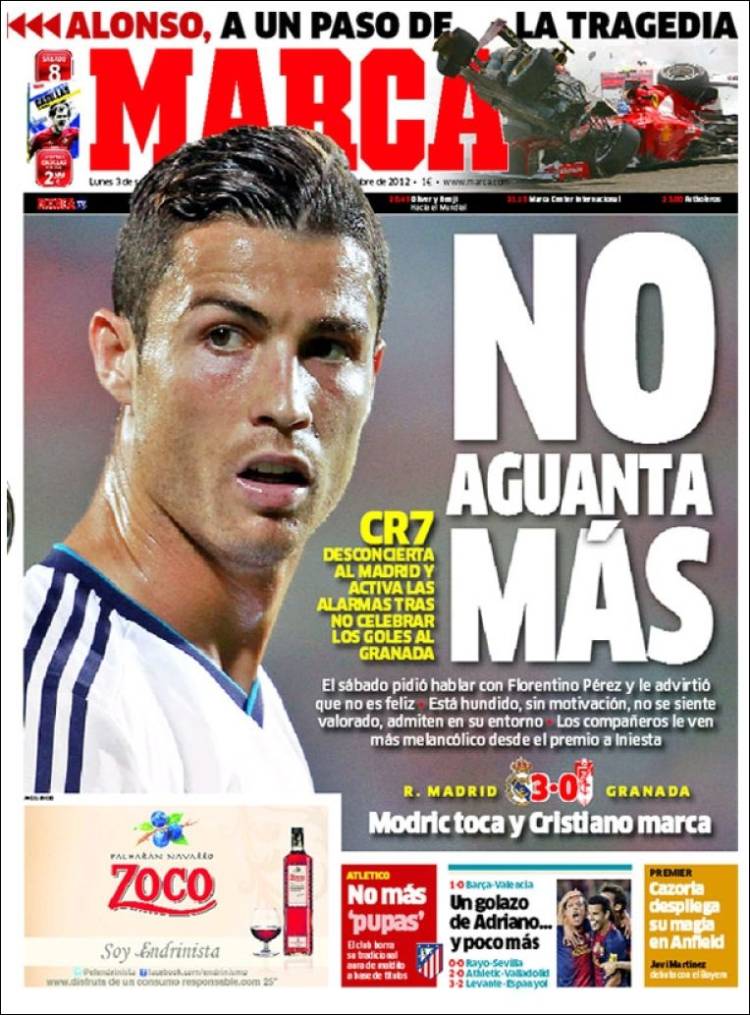 He cannot stand it any more

He is down, lacks motivation and does not feel valued, say the people around him

His teammates think he is more miserable after seeing Iniesta's award

A great goal from Adriano...and little else

Cazorla displays his magic at Anfield 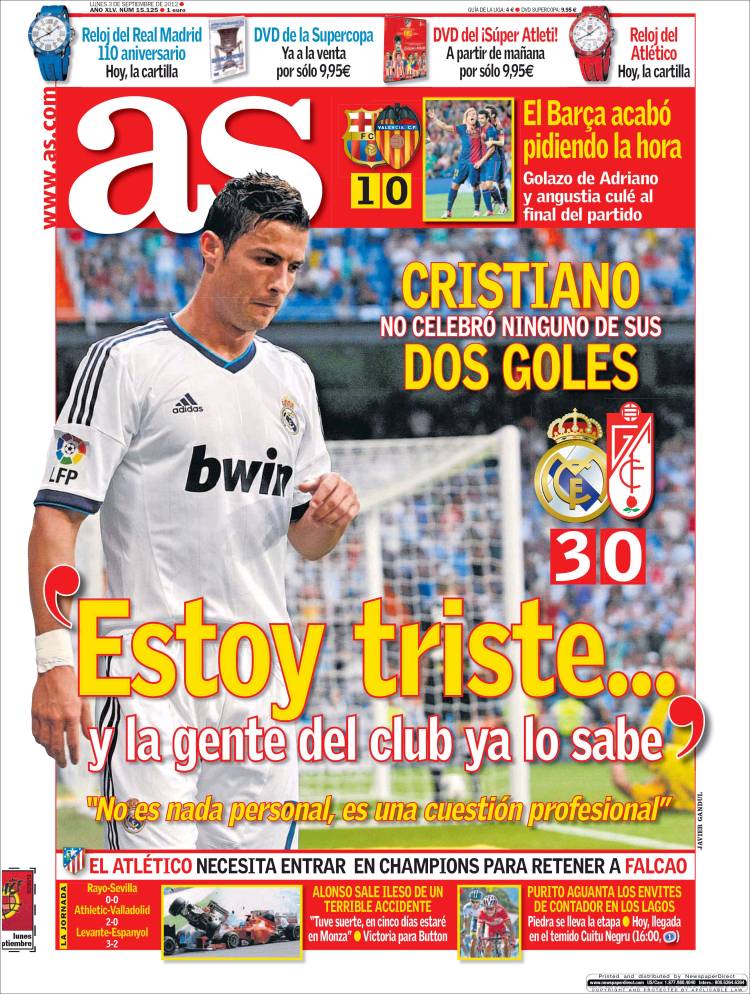 "I'm unhappy...and the people at the club know that"

Cristiano does not celebrate either of his goals

Barca end up pleading for the final whistle

Atletico need to be in the Champions League to keep Falcao 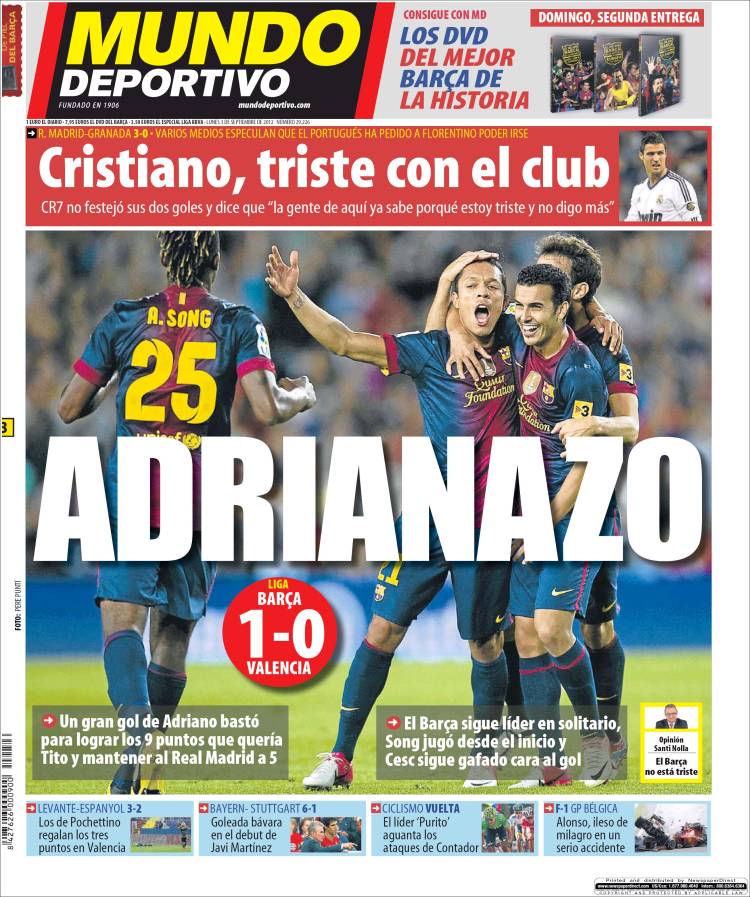 Barca continue as sole leaders, Song played from the start and Cesc is still jinxed in front of goal

Real Madrid 3 Granada 0: Some media are speculating that the Portuguese has asked Florentino if he can leave

Cristiano unhappy with the club: CR7 does not celebrate his goals and says 'the people here know why I am unhappy and I'm not saying any more'